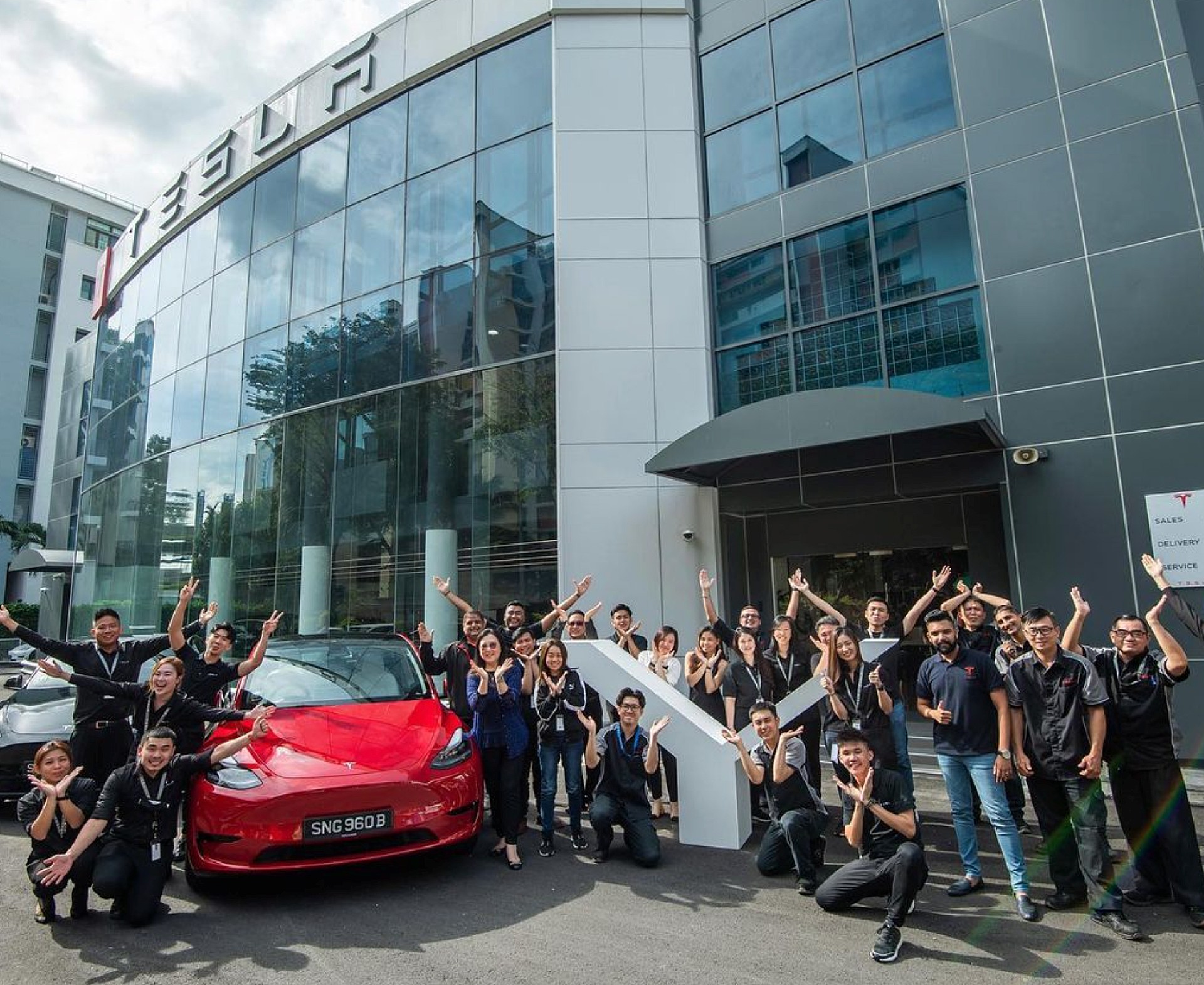 Tesla announced today that deliveries of the all-electric Model Y crossover, the company’s most popular vehicle, have started in Singapore.

Tesla shared several photos of new owners in Singapore taking delivery of their Model Ys. Tesla opened order banks for the crossover in June, preparing for the Model Y’s imminent arrival in several countries in and around the Asian continent. In June, Tesla launched Model Y orders for Singapore, Japan, Australia, and New Zealand, where deliveries started just weeks ago.

Following Tesla’s launch of the order banks in Singapore for the Model Y, the automaker brought units built at Gigafactory Shanghai to the country’s premiere shopping mall, ION Orchard. Showing off the units for potential customers to see, Teslas were not regularly on display by their owners in the country. Tesla started installing Supercharger infrastructure in Singapore just last year as the Model 3 started to arrive in the country for initial deliveries. In the past year, EV interest within the country has risen dramatically, forcing the country’s government to consider new laws that would require buildings to install electric vehicle chargers in at least one percent of parking spaces.

Data from CleanTechnica shows the Model Y was the world’s second-best selling pure EV in July, following only the Wuling HongGuang Mini EV, which is extremely affordable and available in the high-demand Chinese automotive market. However, the Model Y, which accumulated 29,829 deliveries last month globally, has become Tesla’s most popular car, a prediction CEO Elon Musk made several years ago.