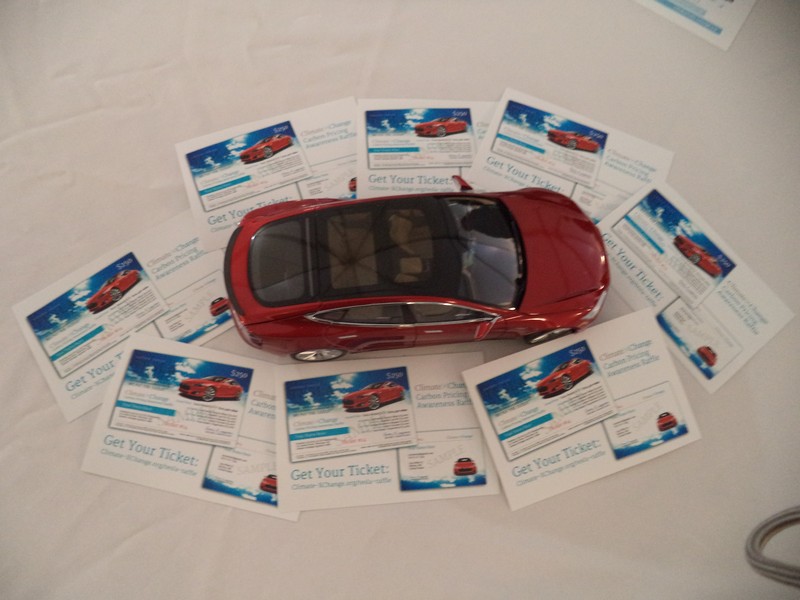 The perfect Tesla raffle includes the Model S or Model X of your dreams, enough to pay taxes on your prize, a Tesla wall charger, and $500 to install it.

Alan Langerman of Wellesley, Massachusetts is on a mission to combat carbon pollution by raising awareness of the issue and strengthening of the economy through a comprehensive market-based carbon pricing in Massachusetts. What better way to do that than through a raffle for one of the greenest cars on the planet. A Tesla.

The raffle will be provided by the Climate XChange organization co-founded by Alan’s wife, Jessica Langerman. The grand prize winner of the raffle will receive the opportunity to configure a new Model S or Model X in the color, and with options, of their choice.

Alan thinks that the problem with ordinary raffles is that the winner has to pay income tax on the value of the car, so Climate XChange has structured the program so that it will pay the Internal Revenue Service, on behalf of the Grand Prize Winner, an amount equal to 33.33% of the total value of the prize.

It doesn’t stop there. The grand prize winner will also receive a Tesla wall charger along with $500 to cover any installation costs. Ultimately, Alan wants the winner to get in and drive the car without any hassles or headaches, so he designed what he thinks is the perfect raffle. On September 26, Alan and Jessica invited several hundred guests to their home to hear from Massachusetts Senator Mike Barrett, sponsor of  Senate Bill 1747. That legislation, which establishes a first in the nation carbon fee on fossil fuels, will help Massachusetts reach its goal of reducing carbon missions 90% by the year 2050.

Alan owns a Tesla, and invited all his Tesla friends to join in the festivities. Owners and enthusiasts from all over New England and the eastern seaboard attended including us. At the event, Jessica spoke about her involvement with Climate XChange and the need for citizens to get involved with their government. She asked how many knew the name of their state representative or senator and if not, why not?

Jessica went on to tell a story related to Barney Frank, a former U.S. House of Representatives member, who once said that if he received a single phone call on a subject from one person, it’s a kook; if he got a call from two people on a subject, it was a coincidence; but if he got calls on a subject from 6 people, it was a groundswell.

The need to rid the use of fossil fuels is great and the time to do it is critically short. Jessica urged everyone to re-establish contact with their elected officials and let them know there is a groundswell of support for climate change legislation.

Now you have a chance to help this worthy cause and win the Tesla of your dreams while you’re at it by raising money through the Climate XChange raffle.