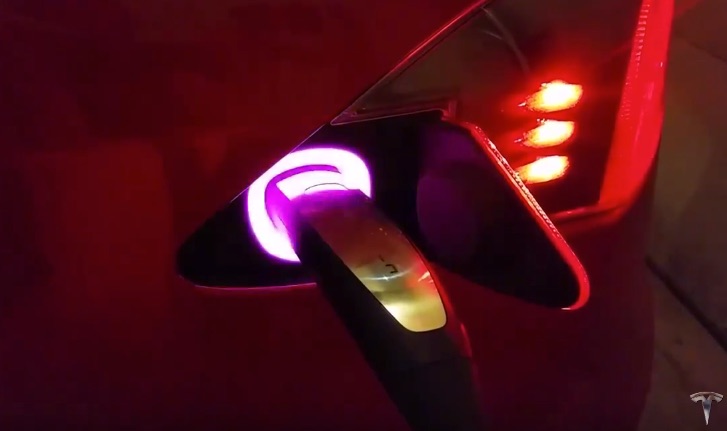 Tesla owner Kevin Schreiber has posted a video highlighting his discovery of a new rainbow charge port easter egg. By clicking the charge handle button 10 times in quick succession while the vehicle (Model S or Model X) is locked and charging, the illuminated ring which typically glows blue while on standby and green when charging will begin to do a ‘rainbow dance’.

This new rainbow charge port easter egg follows a recent discovery of another rainbow-based hidden secret that converts Autopilot to travel on rainbow road, and with its own cowbell sounds.

Musk is known to have a bit of fun when it comes to new firmware updates. The team will on occasion release new easter eggs into the Model S and Model X through firmware updates. We’ve seen the ability to convert a Tesla into the James Bond Lotus submarine, we’ve also answered the meaning of life, and let’s not forget going Spaceballs style with Ludicrous. But the one easter egg that Model X owners are undoubtedly waiting for is the Merry X-Mas Model X light show spectacular hopefully to arrive later this year.

In the meantime, watch the Rainbow Charge Port easter egg in action below: