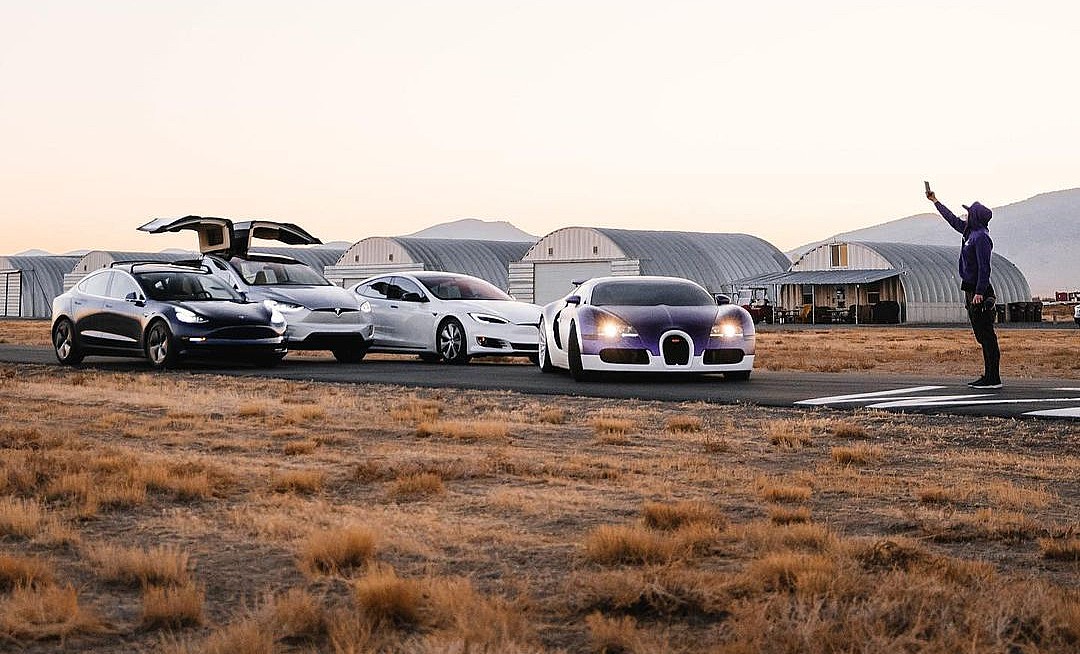 Amidst the announcements for the Tesla Model S Plaid and the next-generation Roadster, questions have been raised about the actual need for such vehicles. Both the Plaid Model S and Roadster seem pretty overpowered and pricey on their own right, after all, and it seemed, at least to some critics, that there is little point behind the development and release of the “halo” cars.

A recently uploaded video of the Tesla Model 3 Performance, Model X P100D, and the Model S Performance drag racing a 2008 Bugatti Veyron proves that there is indeed a need for an all-electric halo car, or two for that matter.

TheStradman, an avid auto enthusiast who runs a YouTube channel, posted a video featuring some of the fastest Teslas today racing against his old supercar, a 2008 Bugatti Veyron with over 1,000 hp. The Bugatti may be pretty old, but it held the title of the world’s fastest car for some time following its release. After renting out an airport for his project, the Stradman went ahead and raced the vehicles.

As it turned out, even the instant torque of Tesla’s all-electric performance cars is not enough to topple the old supercar. One by one, the Teslas fell, including the 2021 Model S Performance, currently fastest in the company’s current lineup. The Model S Performance gave the Bugatti a decent fight by getting a fairly decent lead at the start of the race, but it still fell behind the Veyron before it reached the quarter-mile.

Elon Musk has noted that the next-generation Roadster is being developed and released to provide a “hardcore smackdown” to gasoline-powered cars. Musk has also remarked that the Roadster would be so formidable that it will almost be unfair to race it against vehicles equipped with an internal combustion engine. The Tesla Model S Plaid, on the other hand, is seemingly being developed as a not-so-subtle reminder of Tesla’s lead in the EV industry.

The 2021 Model S Performance may not be enough to beat a 2008 Bugatti Veyron, but the Plaid Model S or the next-gen Roadster certainly might. Therein lies the need for Tesla’s halo cars. There are faster vehicles than the Veyron, and more will likely be released in the coming years. The EV movement needs a champion of sorts, or two for that matter. It would be pretty fitting to see a $200,000 next-generation Tesla Roadster embarrass the world’s best million-dollar supercars, after all, and it would be equally satisfying to see a seven-seat family sedan dominate supercars on the quarter-mile.

Watch the Tesla Model S, Model 3, and Model X battle the Bugatti Veyron in the video below.