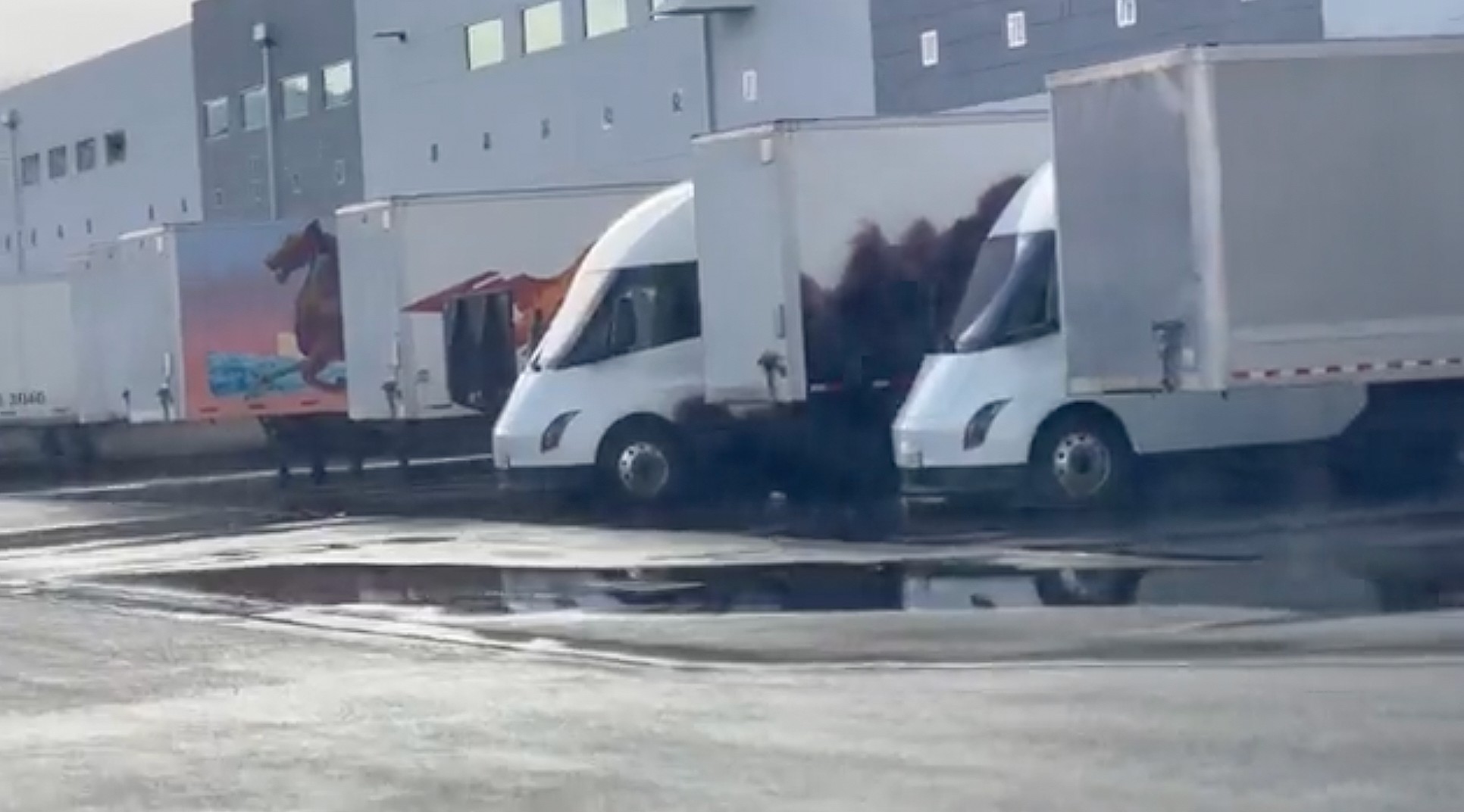 Additional Tesla Semi units were spotted at the secretive Nevada production facility yesterday. Tesla is likely preparing them for delivery to PepsiCo. in Modesto, California, although they are not yet wrapped in the company’s branding.

Zane Hinrichs spotted several new Tesla Semis just outside the automaker’s Semi production facility located near Gigafactory Nevada in Reno. The vehicles were spotted on January 10 and are being inspected for quality assurance purposes before they head to their destination.

While Hinrichs said in his Tweet that eight more units are ready to ship to PepsiCo., there are only two Semis in the video, but multiple trailers are situated nearby.

PepsiCo. did not immediately respond to our request for comment confirming they were preparing for additional Semi deliveries.

Based on the video, we can tell it was taken at the Semi manufacturing building based on photos provided to Teslarati of the building last year. Hinrichs also confirmed to us they were spotted at the Semi plant, which is shown below.

Tesla had struck a deal to deliver PepsiCo. and subsidiary Frito-Lay in 2021 to deliver the first 15 Semi units to the company in an effort to reduce carbon emissions. PepsiCo. plans to deploy 100 Tesla Semis in 2023.

Tesla delayed deliveries until late 2022, but Frito-Lay was spotted utilizing the truck along with the Semi Megacharger months before Tesla officially launched deliveries.

In December, Tesla officially launched deliveries of the all-electric Semi, displaying several of the wraps PepsiCo. would use across the fleet to represent its brands.