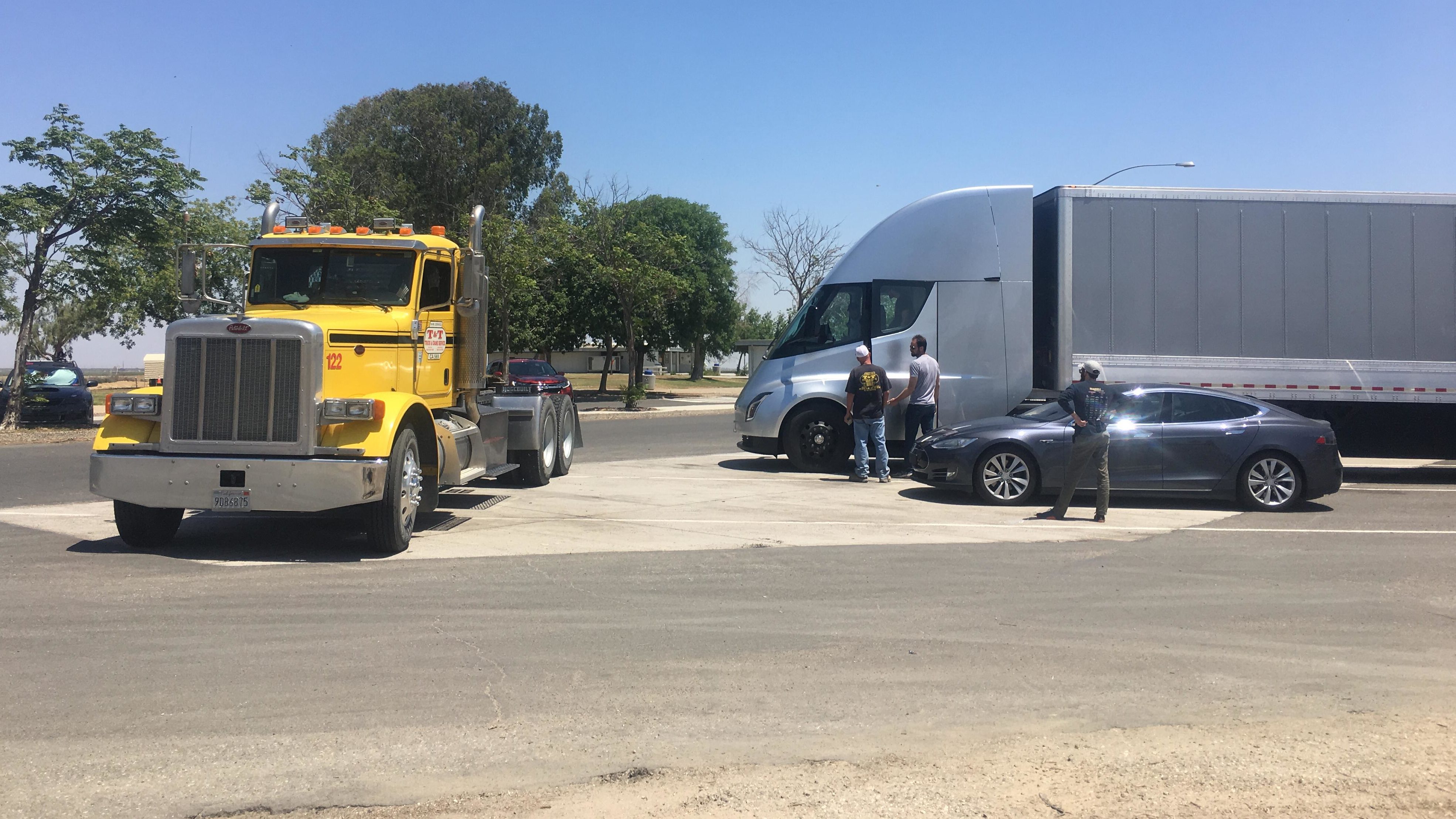 Tesla’s all-electric Semi was recently photographed by a Model 3 owner as it was traveling in CA-237 near Sunnyvale, CA, seemingly in the middle of a transport run between the company’s Fremont factory and its Palo Alto headquarters.

The latest image of the Tesla Semi was shared by Model 3 owner and r/TeslaMotors subreddit member u/AMG76, who stated that the picture was taken just this past weekend. This was not the first time that the Semi was spotted in the same area, however. Back in January, the black matte Tesla Semi was sighted accelerating in Elko Drive, Sunnyvale, CA.

Unlike the January Sunnyvale sighting, the Tesla Semi was hauling a trailer this time around. Apart from this, the silver Semi’s rear wheels in the photograph were also fitted with covers that are reminiscent of the Model 3’s Aero Wheels.

A Model 3 owner was able to recently snap a photo of the Tesla Semi. [Credit: AGM76/Reddit]

Tesla initially announced its plans to become the electric long-hauler’s first customer last year. During a talk in the Netherlands, Tesla VP of Truck programs Jerome Guillen stated that the massive electric vehicles would be used to transport components between Tesla’s factories in Fremont and Nevada.

“Tesla will be the first customer for its own truck. So we will use our own trucks to carry cargo in the US between our different facilities. We have (an) assembly factory in California, we have a battery factory in Nevada, so we’ll use our truck to carry things in between,” the Tesla executive said.

Back in March, Elon Musk proved Guillen’s statements right. In a series of posts on social media, Musk revealed that the two electric trucks would be transporting battery packs manufactured in Gigafactory 1 to the Fremont facility. During Musk’s announcement, the silver Semi, the company’s long-range hauler, as well as the smaller matte black were both deployed for the 250-mile transport run between the two factories. 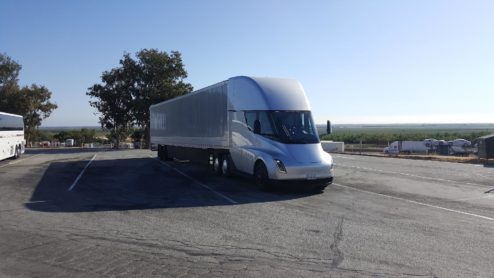 A photograph of the Tesla Semi as shared by Jerome Guillen, VP of Truck and Programs at Tesla Motors. [Credit: Jerome Guillen/LinkedIn] 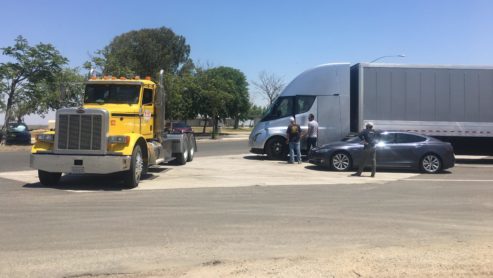 A photograph of the Tesla Semi as shared by Jerome Guillen, VP of Truck and Programs at Tesla Motors. [Credit: Jerome Guillen/LinkedIn]

The two electric trucks have been spotted in the Fremont, CA – Sparks, NV route multiple times since then. Even Guillen has begun posting photos of the Tesla Semi in his personal LinkedIn account, the most recent of which featured the electric truck “asking” a diesel-powered semi to get out of its way.

Apart from doing transport runs between Fremont and Nevada, or Palo Alto and Fremont, for that matter, the Tesla Semi has also been spotted visiting some of its biggest buyers during the past few months. The silver Tesla Semi, for one, was sighted in the Anheuser-Busch Brewery in St. Louis, MO, and in the Dallas, TX area, where it was demoed for PepsiCo employees. The black matte Semi, on the other hand, was spotted being transported on the back of a truck at a highway near Des Moines, IA, close to the headquarters of Ruan Transportation Management Systems.

Production of the Tesla Semi is expected to begin sometime next year. For now, Tesla is currently working with some of its largest customers in designing and building ultra-high-powered charging stations for the vehicles. Dubbed as the Megachargers, the Tesla Semi charging stations will be installed at key locations that are frequently traveled by fleet operators and close enough so that electric truck drivers could travel between facilities without needing to recharge each time they load and unload their cargo.