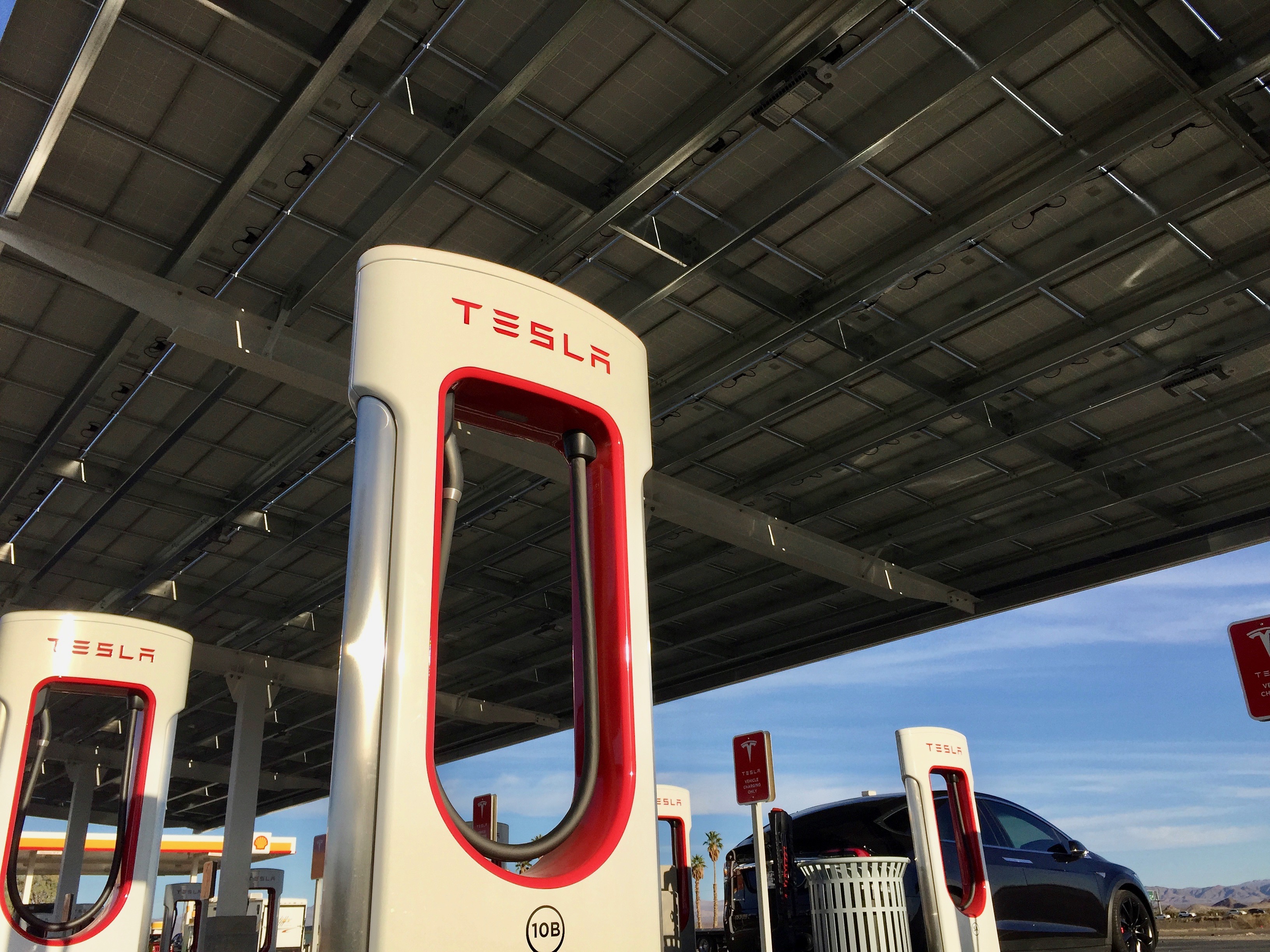 Tesla CEO Elon Musk and CTO JB Straubel revealed the first details of the company’s upcoming Supercharger V3 network during the company’s recently conducted first-quarter earnings call. The discussion about the next-generation charging stations came as a response to a question addressing Porsche’s 350 kW IONITY network, which is set to outgun Tesla’s 120 kW Superchargers when it gets fully rolled out.

According to Musk, Tesla will introduce an improved version of its Superchargers, though they would not be along the same specs as Porsche’s 350 kW stations.

“We’re definitely going to be improving our Supercharger’s technology. The thing about a 350 kW charger is that it doesn’t actually make a ton of sense, unless you got a monster battery pack or have like a crazy high C rating… We think 350 kW for a single car; you’re gonna frag the battery pack if you do that. You cannot charge a high-energy battery pack at that rate, unless it’s a very high kW battery pack. So, (for us), something along the couple of hundred, 200-250 kW, maybe.”

Musk’s statements were backed up with an explanation from Tesla CTO JB Straubel, who noted that the levels of power for Supercharger V3 involve a considerable amount of balancing. Straubel further stated that Tesla could make a 300-400 kW Supercharger, but such a system would not be a useful tradeoff for the company’s consumer base.

“That’s definitely sort of the power level that we’ve discussed and explored. Some of it also comes down to an optimization around utility versus cost, and tradeoffs in the car itself. There is a tradeoff, fundamentally, between charge speed and essentially range, and cost of the battery. We look at that pretty carefully. We understand the tradeoff. We could design cells and a pack that could charge at, you know, faster than 300-400 kW, but it’s not a very useful tradeoff to the customer.”

“Energy is range, and power is your peak acceleration, the rate in which you consume energy. It’s more important to have long range than it is to have a super fast charge time. You can sort of think about this in the devices that you use. Would you rather have a cellphone that charges in 5 minutes or 10 minutes, but only lasted 2 hours. Or, if you’d like a cellphone that can last two days, and maybe takes an hour to charge?”

Musk also discussed the idea of opening the Supercharger network to other electric car makers. According to the CEO, the Superchargers are not a “walled garden,” and that Tesla would be happy to partner with other players in the EV industry. So far, however, Musk noted that no automaker had approached Tesla about a possible Supercharger partnership.

“We’ve always said that this is not intended to be a walled garden, and we’re happy to support other automakers and let them use our Supercharger stations. They would just need to pay, you know, share the costs proportionate to their vehicle usage, and they would need to be able to accept our charge rate or at least our connector, at least have an adapter to our connector. This is something that we are very open to, but so far, none of the other car makers have wanted to do this. It’s not because of opposition from us. This is not a walled garden.”

As we noted in a previous report, a key difference between Tesla’s Supercharger and Porsche’s IONITY network lies in the rates the companies demand for each service. Tesla has maintained that the Superchargers are not being built for profit, while Porsche deputy chairman of the executive board Lutz Meschke noted that using the IONITY network would roughly cost the same as filling up an ICE vehicle with gasoline.