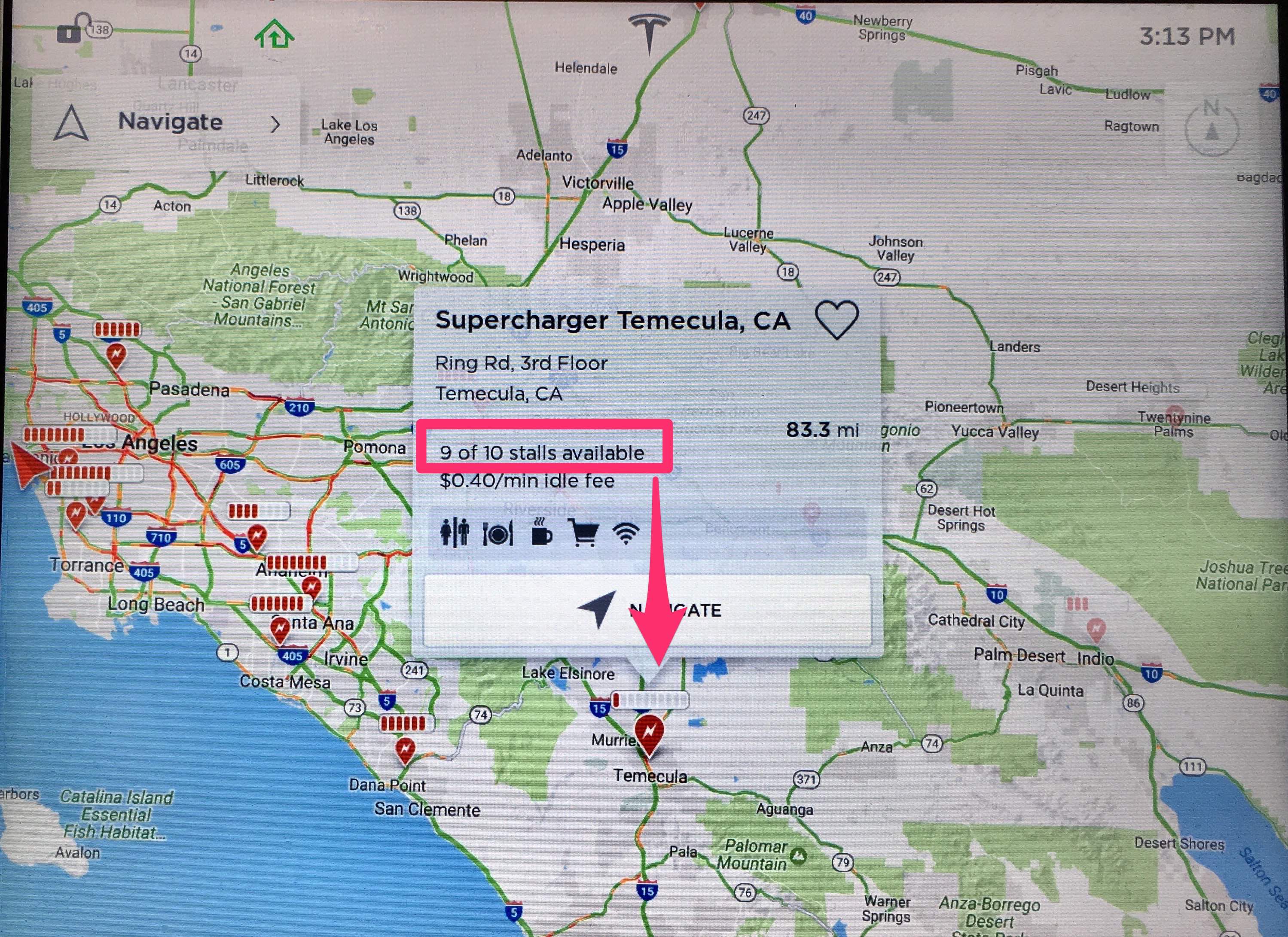 Tesla has activated a new feature that allows drivers to see real-time Supercharger occupancy information directly from the vehicle’s onboard map. It’s part of the company’s continued effort to devise ways to combat Supercharger congestion ahead of Model 3 deliveries that are expected to put upwards of 500k vehicles per year onto streets, once the company reaches full production.

The new feature that signals drivers of busy Tesla Supercharger locations has remained dormant for nearly a month, after first being introduced into vehicles through a version 8.0 software update released back in mid-January. It wasn’t until today that Model S and Model X drivers began seeing red indicators along with a footnote that informs drivers of the current Supercharger activity taking place at a particular location. The number of open stalls now appears directly above the Supercharger idle fee information (e.g. “4 of 12 stalls available”). Below the “Navigate” button is an accompanying icon that highlights the number of Supercharger stalls in use, as denoted by a red bar.

Tesla also provides drivers with the ability to zoom out of the map to see a wider view of Supercharger occupancy across a specific region, thereby allowing drivers to make informed decisions when selecting charging routes across their long distance travels.

With the introduction of Tesla’s newest Model S 100D – the company’s longest range vehicle to date that’s capable of 335 miles of travel per single charge – and the rapid expansion of the Tesla Supercharger network across the world, owners are able to conceivably skip chargers as they choose from less occupied nearby charging stations.

Photo credit: A big thanks to Tech_Guy for submitting the photos