Tesla has begun the roll out of Firmware 8.1 through an over-the-air software update to select Model S and Model X owners. The highly anticipated next iteration of version 8.0, which first introduced a complete user interface overhaul and arguably the company’s most significant Autopilot update since version 7.1, is being made available as v8.1 build 17.11.3 to all generations of Model S and Model X.

Vehicles equipped with Tesla’s Autopilot 2.0 feature and self-driving sensors, also commonly referred to as “hardware 2” (HW2), will see improvements to Autosteer, lifting a previous speed cap set at 55 mph (88 mkh) to 80 mph (129 kmh). The update also adds the Auto Lane Change feature and Tesla Summon, which until now was only available on first-generation Autopilot cars. Tesla’s Lane Departure Warning feature has also been added to Autopilot 2.0 which will vibrate the steering wheel if the vehicle veers from its intended driving lane when speeds reach above 36 mph (58 kmh). 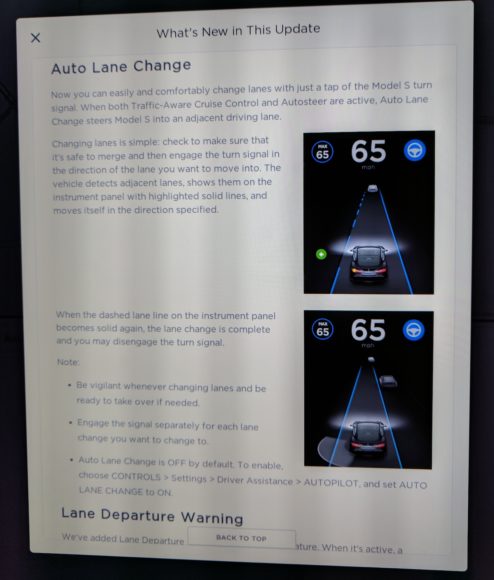 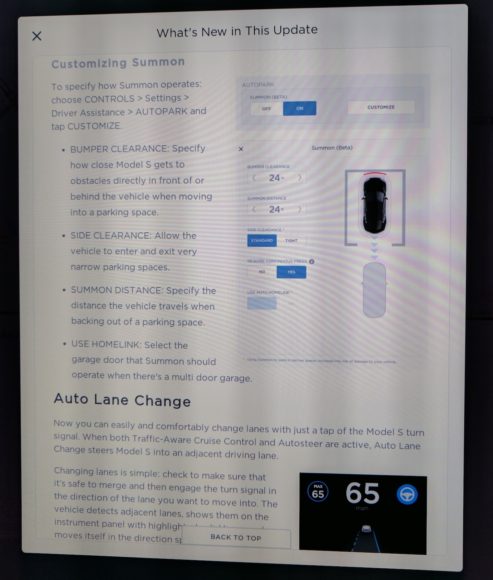 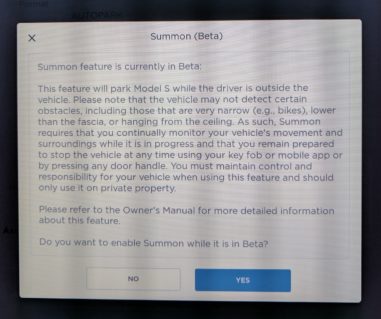 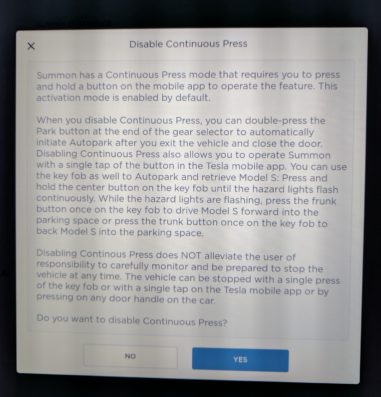 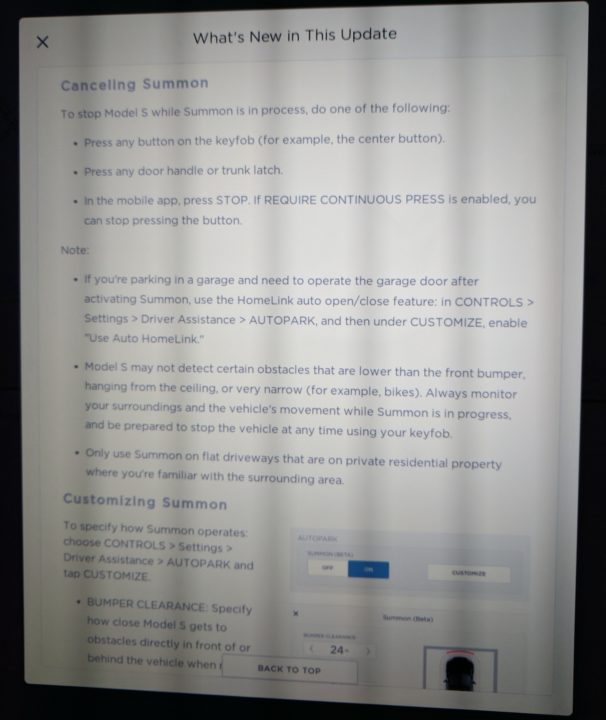 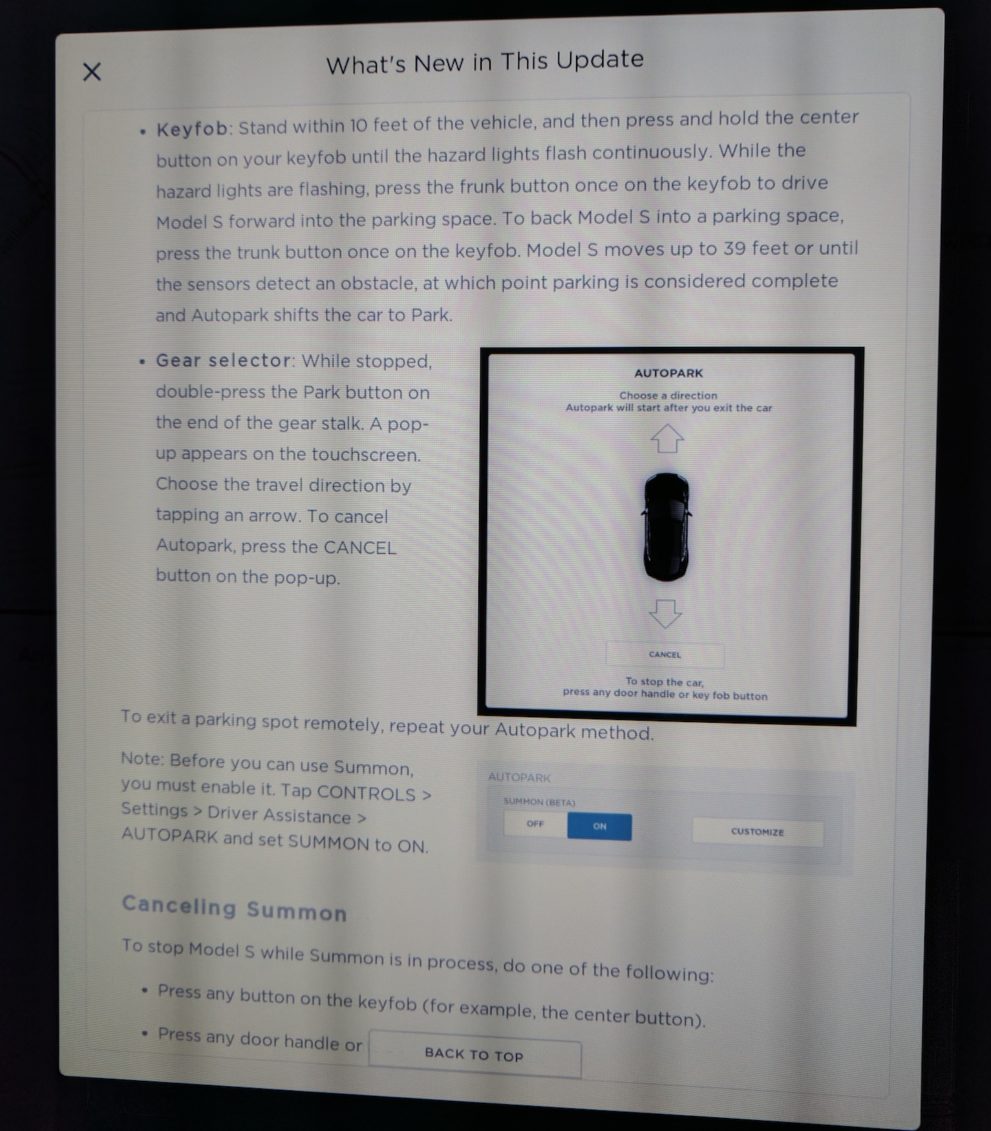 Amid complaints from Model S and Model X owners who said that Autopilot 2.0 was unreliable – this later prompted Tesla to make Autopilot camera adjustments – the latest Firmware 8.1 aims to bring Autopilot 2.0 to feature parity with Autopilot 1.0.

A new Headrests Adjustments feature allows a driver to make headrest and lumbar seat adjustments directly from the touchscreen. “Simply press the button you use to adjust lower back support and a pop-up appears on the touchscreen with an image of the seat,” reads the release note. “Tap the headrest area and then make the adjustments. Your settings are then saved to your driver profile.”

The feature extends upon driver profile pairing that allows individual car preferences to remain with a driver’s profile.

Model X vehicles are equipped with a motorized and automatic-adjusting headrest which presumably can be manually set in Firmware 8.1. Model X owners have also been given finer control of the vehicle’s Falcon Wing doors. A new setting allows the dual-hinged and often times “showy” doors open to a lower height. According to the release notes,

“When set to LOW, the Falcon Wing doors always open to a lower height. If the vehicle is outside in bad weather, the lower height shields the interior and passengers as they get in and out. It’s also useful if you want to make a less showy arrival.”

An Easy Entry feature in v8.1 allows a driver to disable the one-press automatic seat adjustment of the second row. The back of the Model X seat has a toggle button that will fully incline and decline the second row seat in order to allow for ease of entry into the third row. Tesla also added the ability to initiate a map search of one’s favorite location using voice command. “Take me to the nearest Starbucks” will reveal a list of businesses by that name directly on the map. A rating of that business along with its hours of operation is now being made available directly on the vehicle’s onboard Navigation system.