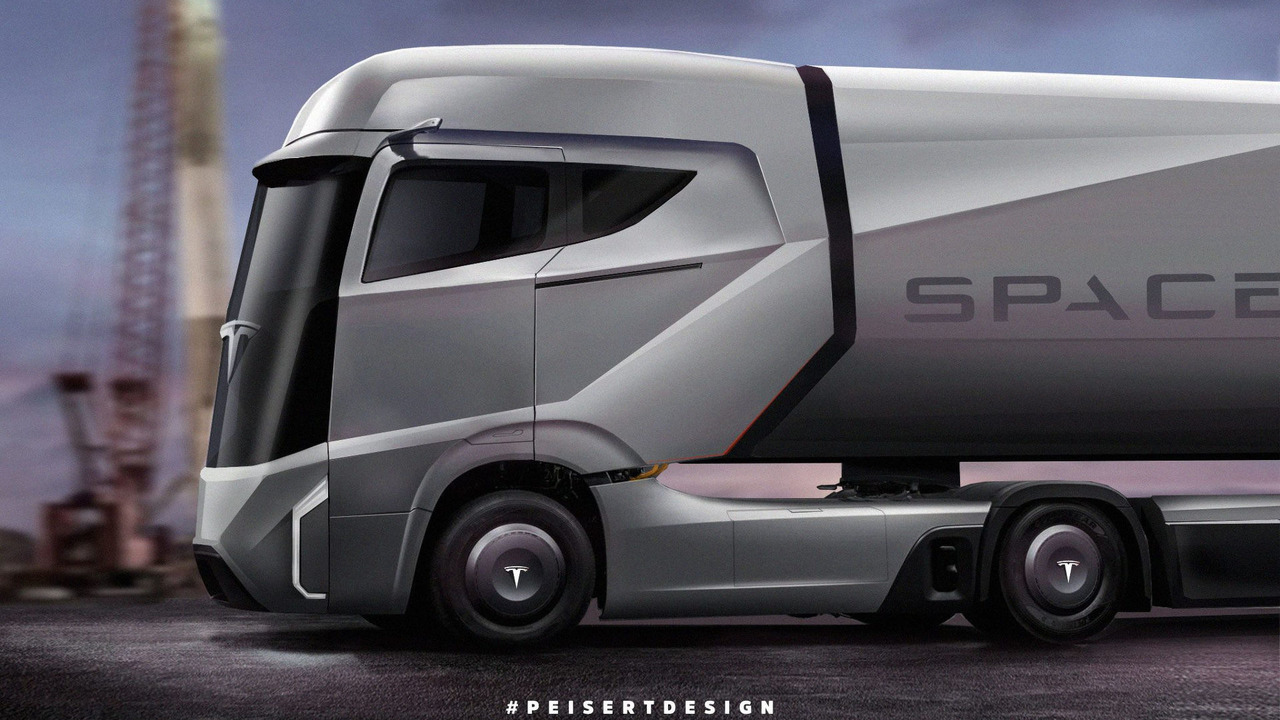 Is the trucking industry ready for Tesla? Experts weigh in

When Tesla CEO Elon Musk tweeted that Tesla will unveil an electric semi-truck in September, many in the trucking industry, and even Wall Street, took notice.

Electric vehicles will make up just 1 percent of the entire trucking market by 2020, but the EV trucking industry will grow to 10 percent just a decade later, according IHS Markit, an industry research firm. The percentages of all-electric trucks abroad will be slightly higher, with markets like the European Union, Japan, and China taking the lead.

“There is a certain amount of hype to Tesla’s announcement,” said Antti Lindstrom, an analyst at IHS Markit. “It doesn’t seem that long-distance trucking is ready for electrification right now.”

What will Tesla need to do to create a viable long-haul all-electric trucking industry?

Price is probably the number one factor of concern for all-electric long-haul trucks, as an all-electric semi- compared with a diesel truck will likely be much more expensive. “Tesla cars don’t need to prove an economic case to their buyers; Tesla trucks will,” Michael Baudendistel, a Stifel Financial Corp. analyst, wrote in a recent investor report. Yes, Teslas have been targeted thus far to a wealthy segment of the population, but, just as that will change with the introduction of the Model 3, so, too, can Tesla design a reasonably priced big rig when fuel versus charging costs are taken into consideration.

Tesla would have to create a marketplace for electric trucks. “Given the happily consolidated nature of the domestic truck manufacturing market, the prospect of a new competitive threat, from a company with previous success in disrupting established industries nonetheless, is undoubtedly unwelcomed news,” states Baudendistel. This year, however, Mercedes-Benz Trucks is bringing the world´s first all-electric heavy-duty truck to market in a small release. Moreover, Piper Jaffray analyst, Alex Potter, released a note this week revealing that he was downgrading the engine and truck manufacturers Cummins and Paccar — partly as a response to Tesla’s impending semi truck reveal. With Tesla’s proven history, the trucking sector can’t be that far behind for the company. Indeed, as early as 2011, Tesla was invited to testify at the Congressional hearing titled, “The American Energy Initiative.” Tesla spoke then about the need and timing for alternative energy vehicles, especially those powered by electricity. Tesla demonstrated how an entrenched culture like that of the U.S. automaker could be disrupted; trucking manufacturers today have every right to be paying attention.

“We have intentionally departed from the traditional automotive industry model by both focusing exclusively on electric powertrain technology and owning our vehicle sales and service network… If, however, you believe in the power of American innovation to fundamentally change and improve our individual lives and our larger societal interests, then there is no question the time is right to step up and support the development of a viable EV market in the U.S. and to encourage in word and deed the American companies fighting to establish EVs in the marketplace.”

Where would all-electric trucks go for service and repair? “This has been an inconvenience for Tesla cars,” Baudendistel told Trucks.com. “For trucks, though, if the wheels ain’t turnin’, you ain’t earnin’.” Tesla has demonstrated its ability to respond to current owner needs as they became apparent. As early as 2015, the company won an automotive repair satisfaction survey. It launched a Mobile Tire Service program to better serve owners who end up on the side of the road with a flat tire. In anticipation of the Model 3 release, Tesla will be expanding its mobile service capability to include sending technicians to an owner’s home or office for minor repairs. Tesla has the capacity to create a comparable response service and repair program for long-haul all-electric trucks.

The highway charging network for heavy-duty vehicles does not exist; there is no place to charge a long-haul electric truck. “You can’t put the cart before the horse,” Baudendistel said. “Widespread adoption hinges on the availability of fueling stations, and the infrastructure built for Tesla autos was not designed for Class 8 trucks.” Electric trucks currently in use for redistributing cargo require a far smaller range than a long-haul big rig and can be recharged at a central facility. They don’t require a network of charging stations along the nation’s highways. But with the vast Supercharger network that Tesla already has in place, it seems sensible to assume that Tesla would provide adequate comparable charging for fleets of all-electric trucks.

Yes, at this time, recharging electric vehicles is time consuming. “Battery swapping and refueling overnight are both options which would require significant additional investment in infrastructure and logistics,” Baudendistel said. Tesla considered but then discarded the idea of battery swapping with its electric cars. However, with the Electrify America initiative that Volkswagen is spearheading as a result of its diesel malfeasance court settlement, recharging times may drop considerably and quickly as R&D expands. Additionally, unlike an all-electric bus, with its long wheelbase and battery storage underneath, wouldn’t the height and breadth of a semi-truck be the right design for a battery pack that is replaced at a convenient stopping point? Tesla may reconsider battery swapping if the contextual conditions are right.

The trucking industry has expressed concern that batteries needed to power a semi- would be heavy, take up cargo room, and compromise range. Daniel Murray, vice president of research for the American Trucking Research Institute, told Trucks.com, “No one has clarified for us how much extra battery weight will accrue, which, of course, decreases revenue weight.” Baudendistel added, “We believe at least 600-800 miles of range is needed for the truck to be competitive in the line-haul market. We have heard indications that the Tesla semi’s range will be 200-300 miles, which would limit its addressable market.”  Just this month, however, Panasonic’s President Kazuhiro Tsuga admitted the battery trade-off between energy density and safety is prodding his company, which partners with Tesla, to look at alternative battery power sources. And this year’s Battery Symposium in Japan, once a showcase for fuel cells and LIB cathode materials, saw a shift to discussions about solid-state, lithium-air, and non-Li-ion batteries. Thus, the current state of batteries for all-electric vehicles may look entirely different in a decade and may fit the needs of Tesla all-electric long haul transportation.

Diesel fuel is inexpensive these days, which limits the costs associated with current big rig transport. “The very low fuel prices we see now and will for a long time are making most alternative-fuel vehicles appear to be very expensive,” Murray said. That perspective may be a bit short-sighted, however, as, in August 2016, the EPA and NHTSA jointly finalized standards for medium- and heavy-duty vehicles through model year 2027. They are intended to improve fuel efficiency, cut carbon pollution, reduce the impacts of climate change, bolster energy security, and spur manufacturing innovation. Clearly, these are comparable goals to Tesla’s as outlined in the 2016 Master Plan Part Deux. Evolution toward all-electric long-haul transportation as spearheaded by Tesla may fulfill many of the upcoming standards so that fossil fuel costs become irrelevant.

Yes, there are many reasons why an all-electric Tesla long-haul truck will be difficult to integrate into the current transportation sector. Then again, as Baudendistel concedes, “If nothing else, Elon Musk—and by extension, Tesla—is a great disrupter.” Tesla’s innovations, from company-owned stores, over-the-air vehicle updates, and autonomous driving features, to name just three, have forced the automotive and technology industries to new levels. So, although many in the trucking industry are skeptical, it has rarely been wise to bet against Elon Musk.

“We are keeping a watchful eye on Tesla as a new entrant,” Baudendistel admits. Even with obstacles to be overcome, he says, “Still, we wouldn’t count Tesla out long-term.”

Is the trucking industry ready for Tesla? Experts weigh in