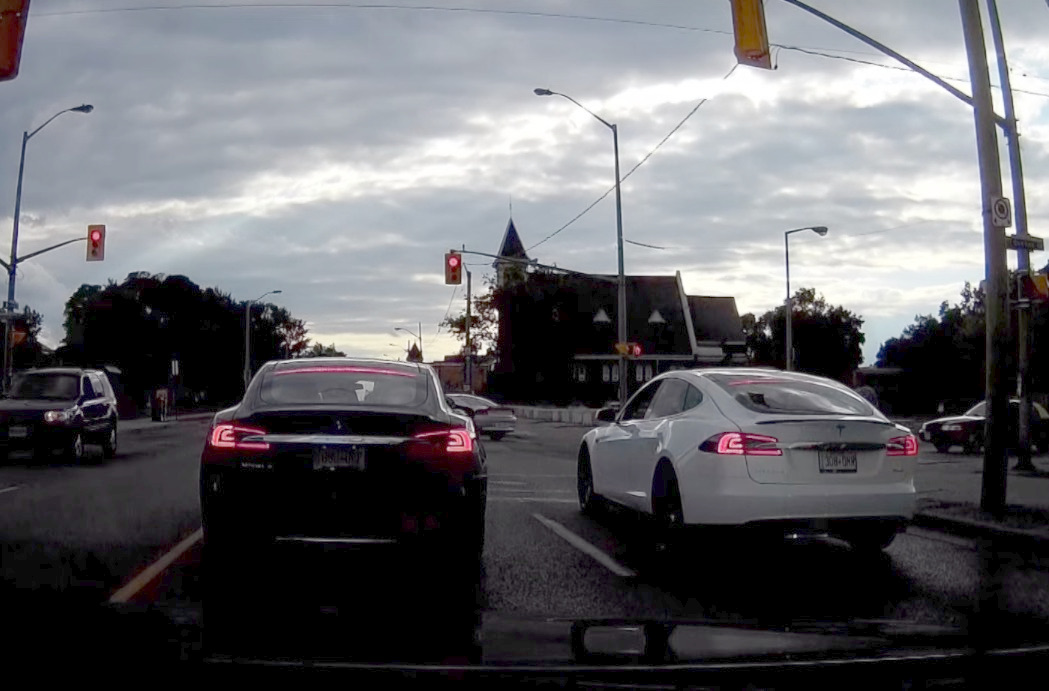 The scene is East London, Ontario. A white Model S, captured on dash cam by YouTuber lainezor, is caught driving down a quiet city street on an overcast day. The traffic light turns red and the Model S is seen making a beeline into the next lane, placing it directly next to the car it was just trailing. Both cars are lined up directly in front of the red traffic light, however the car next to it wasn’t any ordinary car. It, too, was a Model S, and it appeared that the stage was set for a Tesla showdown.

Watch these two Tesla Model S face off in an impromptu street race which begins at the 59 second mark of the video.