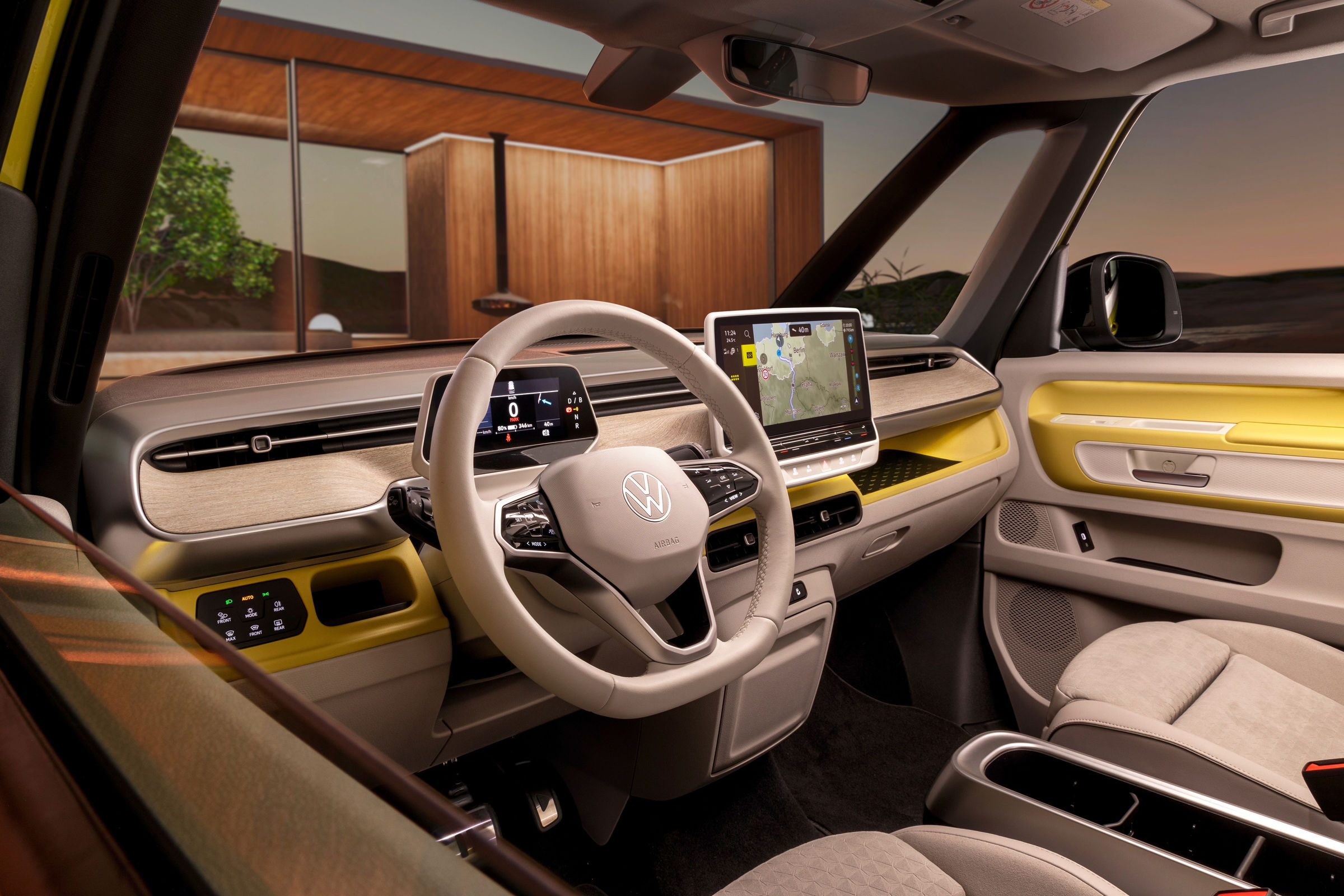 On March 9, 2022, Volkswagen unveiled its all-electric van, the ID. Buzz in Hamburg, Germany. The ID. Buzz comes in two variants, the microbus and cargo van.

“Both versions of the ID. Buzz are pioneering in terms of their sustainability: their manufacture and shipping has a carbon-neutral footprint. We are also using recycled synthetic materials and the interior is completely free of any real leather,” commented Carsten Intra, Chairman of the Board of Management of the Volkswagen Commercial Vehicles Brand.

The ID. Buzz design was inspired by Volkswagen’s minibus transporter, the Bulli, from the 1950s. It will be built by Volkswagen Commercial Vehicles in Hanover, using VW’s Modular Electric Drive Kit (MEB) platform and featuring the latest generation ID. software.

“The ID. Buzz is a genuine icon for the electric era. A car, the likes of which only Volkswagen can build. In the 1950s, the Volkswagen Bulli stood for a new feeling of automotive freedom, independence and great emotion,” said Ralf Brandstätter, Chairman of the Board of Management of Volkswagen Passenger Cars.

“The ID. Buzz picks up on this lifestyle and transfers it into our time: emission-free, sustainable, fully networked and now ready for the next big chapter: autonomous driving. With this car, we are bringing together the core themes of our ACCELERATE strategy in one product for the first time.”

VW also mentions other available options in the latest ID. software, like “Travel Assist with swarm data,” which is an automated driving function that works across the entire speed range. Another option customers could avail is assisted lane-changing on the motorway or “Memory Function,” which is automated parking on a previously saved route.

“The ID. Buzz will also be used for future autonomous mobility concepts such as ridepooling – an e-shuttle service of Group subsidiary MOIA that can be booked via an app. The electric Bulli is thus also a part of the future of inner-city transport,” explained Intra.

The ID. Buzz and ID. Buzz Cargo will launch across Europe first with a 77 kWh battery (gross energy content: 82 kWh) that provides current to the 150 kW electric motor driving the rear axle. The lithium-ion battery can be charged from wall boxes or public charging stations using 11 kW alternating current (AC) via a CCS plug connector at a DC rapid-charging station. Both all-electric vans have charging power up to 170 kW, and charging levels can rise from 5% to 80% in about 30 minutes.

With its iconic design and use of current technology, the ID. Buzz is a combination of the past and the future ahead for Volkswagen. The European automaker has made so much progress transitioning to an all-electric vehicle producer with the ID. family. With the ID. Buzz, VW seems to have hit its stride. Volkswagen has found a way to maintain its identity while still foraging ahead to an all-electric future.