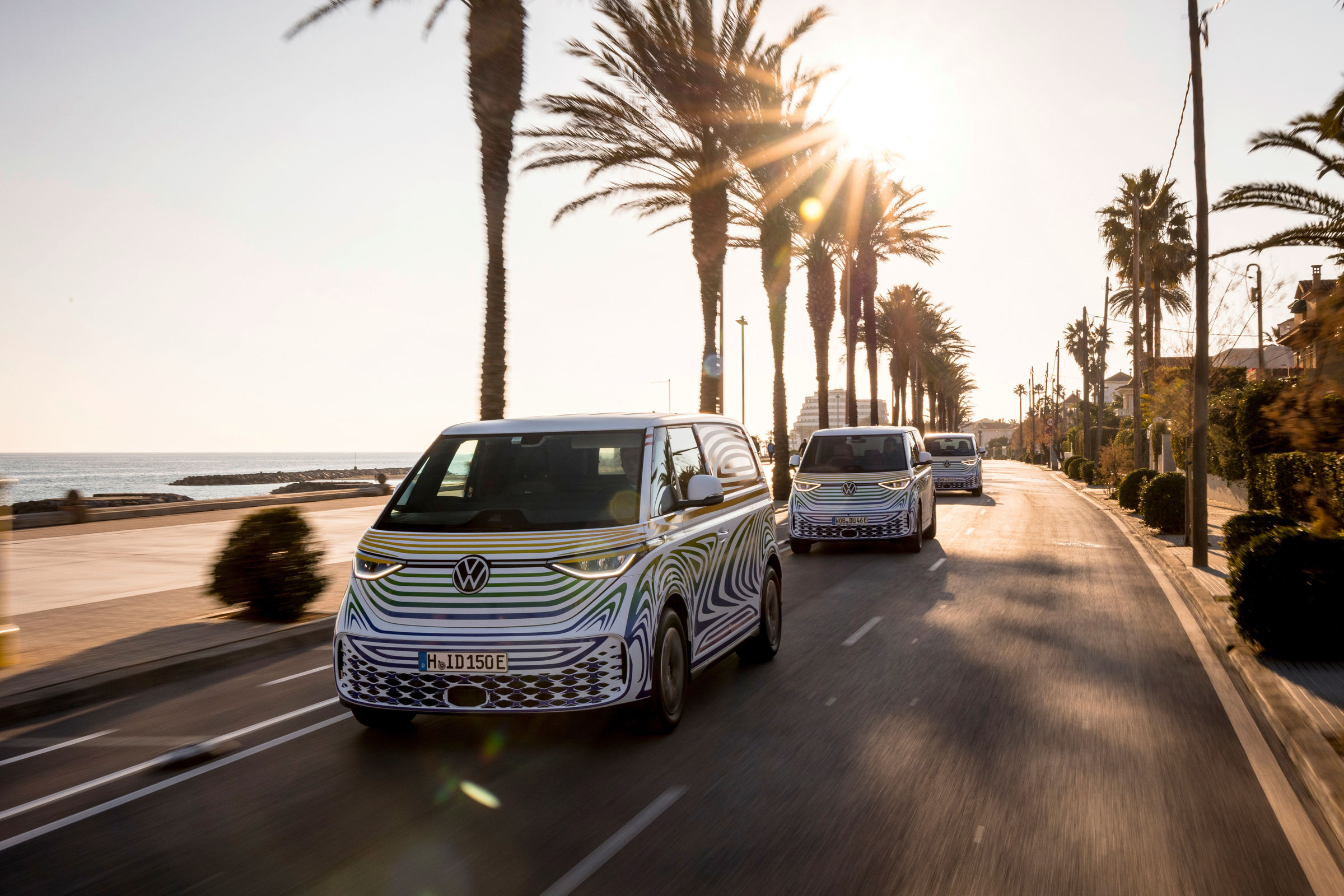 Volkswagen ID.Buzz spotted in the United States ahead of launch in Europe

The upcoming Volkswagen ID.Buzz has been spotted testing Virginia.

The short clip, sent to Teslarati, shows the upcoming electric van in its signature orange and white colorway as it drives down the road in Northern Virginia over the past weekend. Volkswagen is likely in the final stages of testing as the upcoming ID.Buzz is expected to come to the United States and Europe in the coming years.

The video sent to Teslarati on Instagram shows the van without camouflage. However, it is unclear what testing the vehicle is undergoing.

Volkswagen is likely looking to introduce the hotly anticipated ID.Buzz as soon as possible, mainly due to the incredible demand the vehicle has garnered in North America and Europe. According to previous statements from Volkswagen, the company has received over 12,000 orders for the ID.Buzz in Europe alone and is now considering expanding production to meet demand.

Luckily, the German auto giant is closer than ever to introduction. Earlier this month, it was reported that the VW ID.Buzz had completed safety testing in Europe via Euro NCAP, scoring well in many key categories. On top of that, the van has been making more and more public appearances, most recently at the Peterson Automotive Museum. The VW ID.Buzz is currently available for order in select European countries, with delivery anticipated to occur later next year.

While the vehicle’s configurator and ordering system are available in select European countries, customers in the United States do not yet have access, and it remains unclear when they will. The VW ID.Buzz has yet to complete safety or EPA testing in the United States, which some believe could push the launch back by close to a year.

Many factors are likely influencing Volkswagen’s introduction schedule. First, the company continues to struggle with supply chain and energy generation issues in Europe, where much of the company’s manufacturing is located. Furthermore, Volkswagen Group as a whole is working to quickly shift EV production to the United States to capitalize on the new EV tax incentives that will come into effect next month. An effort that is likely distracting them from introducing new product lines.

For many, seeing the iconic Volkswagen Bus back on American roads will be a welcome sight, no matter if it is coming far later than many would have liked. Hopefully, continued public interest can motivate the brand to introduce and open ordering in the United States as soon as possible.

Volkswagen ID.Buzz spotted in the United States ahead of launch in Europe