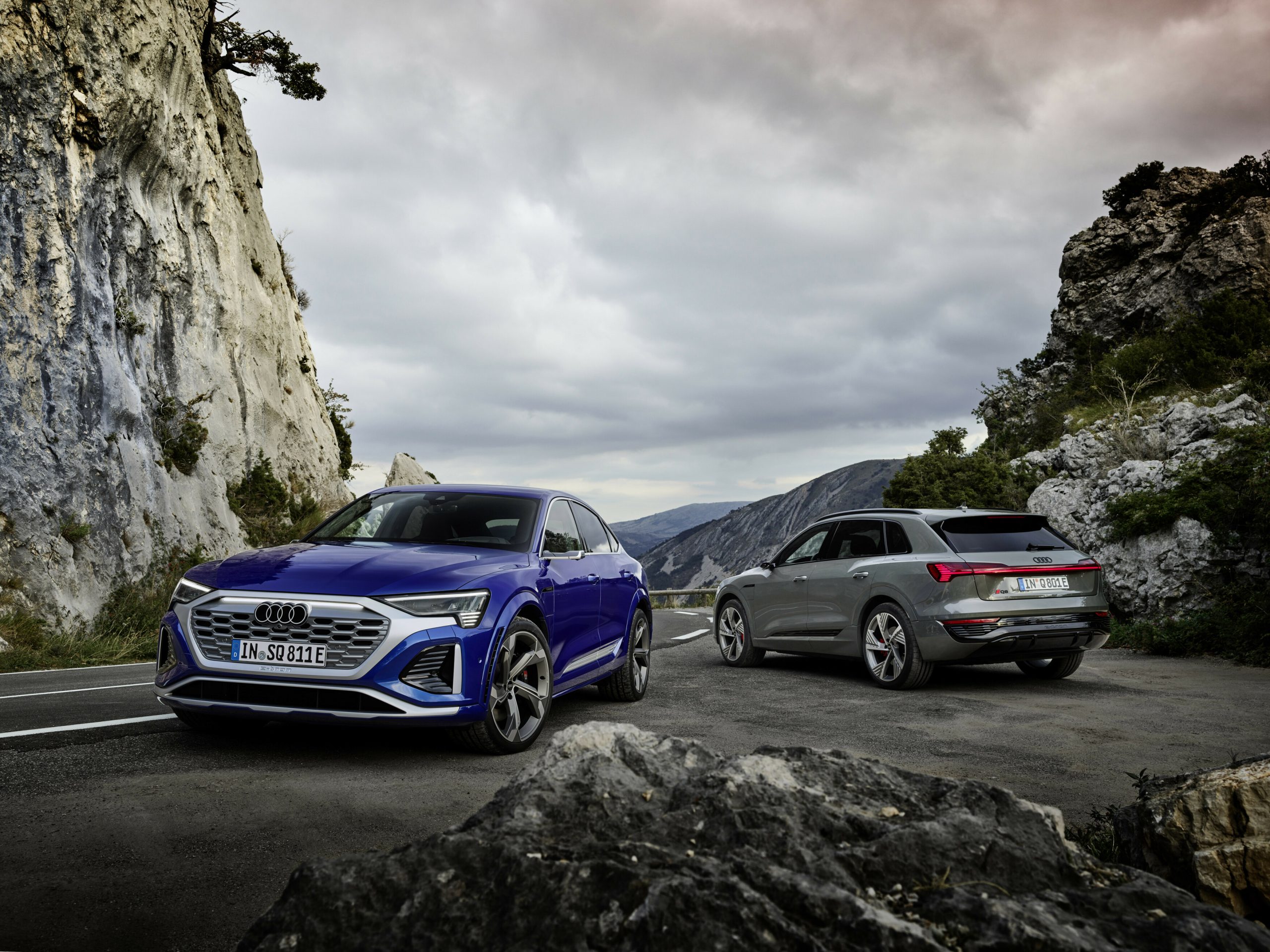 Audi renamed its e-tron electric SUV to the Audi Q8 e-tron and announced some new changes along with the new name. In 2018, Audi introduced the e-tron, marking its first move into the electric vehicle industry. Four years and 150,000 unit sales later, the automaker announced the new name and changes to its EV, along with plans to have more than 20 electric models in its portfolio by 2026.

Audi currently has eight electric models, including the Q4 e-tron crossover, e-tron GT, RS e-tron GT sport, A6 and Q6 e-trons, and its electric Sportback EV. There are also the Q2L and Q5 e-trons in the Chinese market.

The automaker said that by renaming the vehicle, it is making a statement that the Audi Q8 e-tron is the top model among its EVs. The Audio Q8 e-tron and Q8 Sportback e-tron are made with new front and rear designs made with the automaker’s Singleframe mask, inverted grill, and blade above the redesigned rear diffuser, which the automaker pointed out, makes these vehicles easily identifiable.

Although Audi doesn’t have an EPA range rating for the new Q8 e-tron just yet, the automaker has a goal of 300 miles set, according to Carter Balkcom, its Product Marketing manager. In a briefing, Balkcom said,

“We know how important it is to have a range number that starts with a ‘3, and so I can tell you that around 300 miles is what we’ve set as our goal, and we’re pushing hard to get there.”

In its press release, the automaker noted that the electric SUV and crossover have improved aerodynamics, higher charging performance, battery capacity, and increased range of up to 582 kilometers for the SUV version and 600 kilometers for the Sportback version.

The automaker noted that under ideal conditions, the new EV can completely charge in around nine hours and 15 minutes using alternating current. At 22kW, charging can take up to around four hours and 45 minutes. Audi also plans to launch a new charging service in 2023 that will replace the existing e-tron charging service.

The new Q8 e-tron and Q8 Sportback e-tron will be available to order starting in mid-November, with a market launch planned at the end of February 2023 in Germany. In the U.S., Audi expects the model by the end of April. The base price for the Q8 e-tron in Germany will be €74,00. Currently, pricing for the U.S. hasn’t been announced.