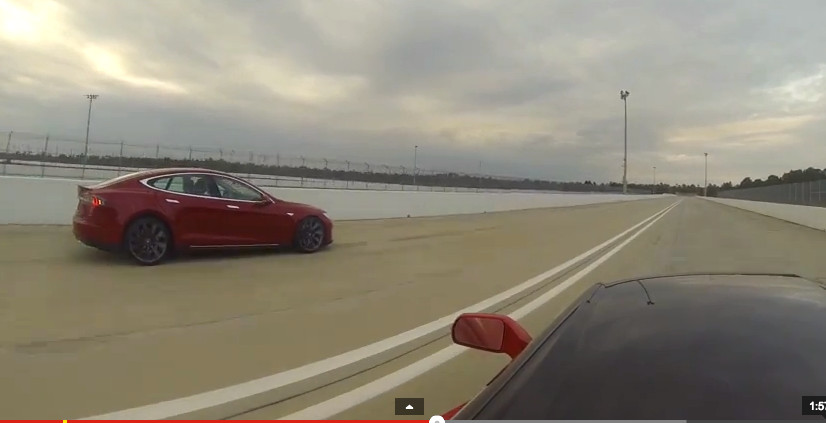 The guys at DragTimes do it again by pitting the all electric 2013 Tesla Model S 85kWh Performance in a drag race against the classic all American heavy hitter – the 2014 Chevrolet Corvette C7 Z51. StreetCarDrags.com produced the drag race event which was held at Florida’s Palm Beach International Raceway.

The two cars are seen staged before the staging  lights while the announcer is heard introducing the Model S as being Consumer Reports “Best car ever rated”. Within a moment’s notice, the Model S catapults from the starting line, unleashing  443 lb.ft of torque at 0 RPMs on the Corvette. The off-the-line advantage of the electric motor puts the Model S several car lengths ahead of the C7 ‘Vette for most of the race.  The all electric Model S manages to edge a small victory at the finish line before giving way to the higher top end power of the Corvette’s 6.2L V8.