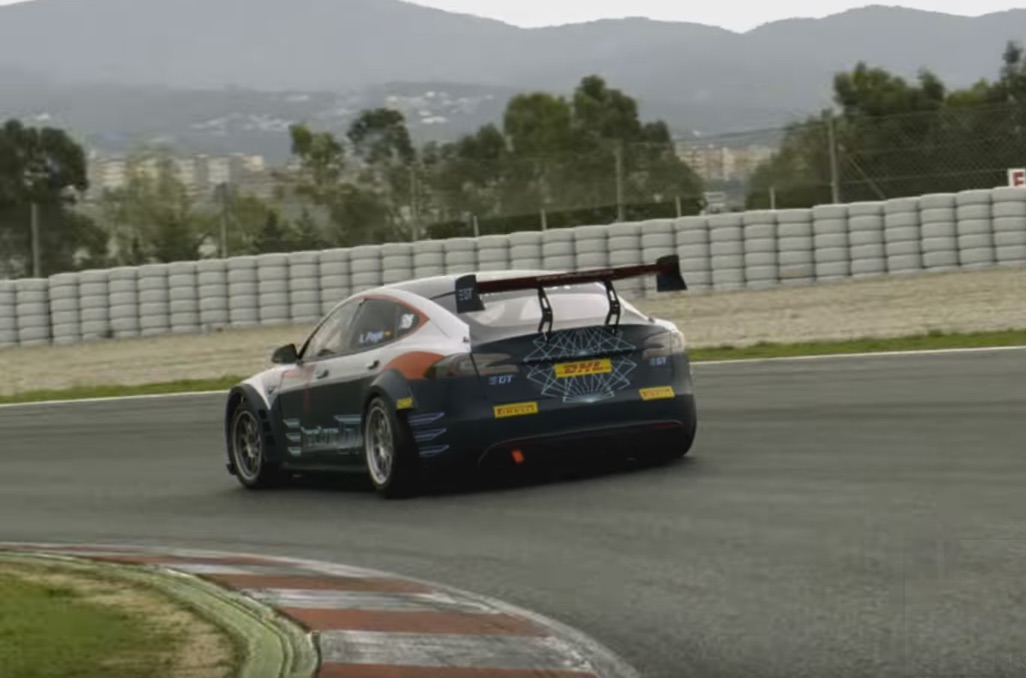 The highly anticipated Electric GT (EGT) racing series is set to kick off its inaugural season early next year and now we have a first look at its race-tuned Tesla Model S P85+ testing on a track.

Until now, little was known about the specifics behind EGT’s track prepared rear wheel drive P85+, but a new video published by the championship attempts to draw attention to some of the modifications made to the vehicle. In all fairness, most of what’s highlighted in the video are standard trim components from Tesla, but it’s nonetheless remarkable to see how the EFT was able to transform a two-ton family sedan into a race car ready to take on the world’s top circuits.

At a glance we can see that the EGT has outfitted the Model S P85+ vehicle with a stunning wide body aero kit and enormous GT spoiler for increased downforce. New suspension modifications in the form of a coil spring set up with dual dampers, and upgraded braking system, ensures cornering performance can be mechanically tuned and tailored to various track layouts. Pirelli slicks for both dry and wet conditions ensure that power from the vehicle’s 416 horsepower electric motor is transferred to the ground.

Other notables of the EGT Model S race car:

The Electric GT championship aims to bring exposure to sustainable mobility and highlight the growing trend in all-electric racing through competition across some of the world’s most famous raceing circuits – Nürburgring, Barcelona Circuit and Donington Park in the UK.

If you’re interested in learning more about racing a Tesla, check out our experiences with racing the Teslarati 48 across famed California circuits (i.e. Laguna Seca) and beyond.