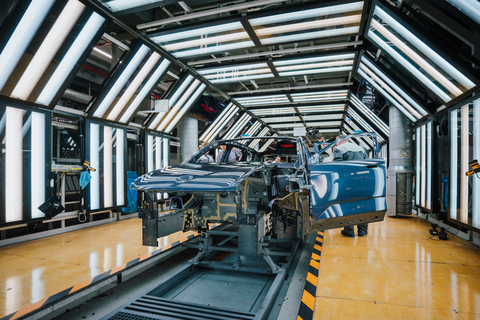 Fisker to begin production this month with ambitious goal

Prototype Fisker Ocean on the production line at Magna Steyr's carbon-neutral factory in Graz, Austria. Fisker is on target for a start of global production on November 17, 2022 - Credit: Fisker

Fisker will begin production of their long-awaited Fisker Ocean SUV later this month, and the company has already increased its production goal to over 40,000 units in 2023.

The day that many feared would never come is upon us. Fisker is starting production of their Fisker Ocean electric SUV later this month via their manufacturing partner Magna International in Graz, Austria. The company seems optimistic as, according to TechCrunch, the automaker has already increased its goal production number for 2023 to 42,400 units.

Fisker’s ambitious production target for their first year is, at the very least, backed up by the vehicle’s high demand. According to recent reports from the company, they have already received over 62,000 orders for the upcoming vehicle and anticipate nearly 20,000 more by the end of the year. Furthermore, with the help of Magna International manufacturing the vehicle, this goal may not be as far off as some may anticipate.

Fisker was able to quickly grow orders in August of this year after the Inflation Reduction Act (IRA) was passed as consumers flocked to reserve vehicles before the law took effect. The IRA will now make Fisker’s Ocean ineligible for federal tax incentives as it is assembled in Graz, Austria. It remains unclear how upcoming order numbers will be affected now that the vehicle will not qualify for what is ostensibly a $7,500 discount.

The Fisker brand and its occasionally eccentric CEO, Henrik Fisker, have long drawn doubts about when the company would actually begin production of their upcoming electric SUV, the Ocean. However, as the date of starting production draws nearer, the brand has gained credibility for its plans.

With this news, Fisker stock has recovered from its one-month decline, up just over 2% compared to 30 days ago. However, the stock offering is still down over 50% compared to 1 year ago. Perhaps with the company finally becoming a manufacturer of vehicles, the stock can finally begin to recover, and investors can have positive financials to look forward to.

William is not a Fisker investor.

Fisker to begin production this month with ambitious goal