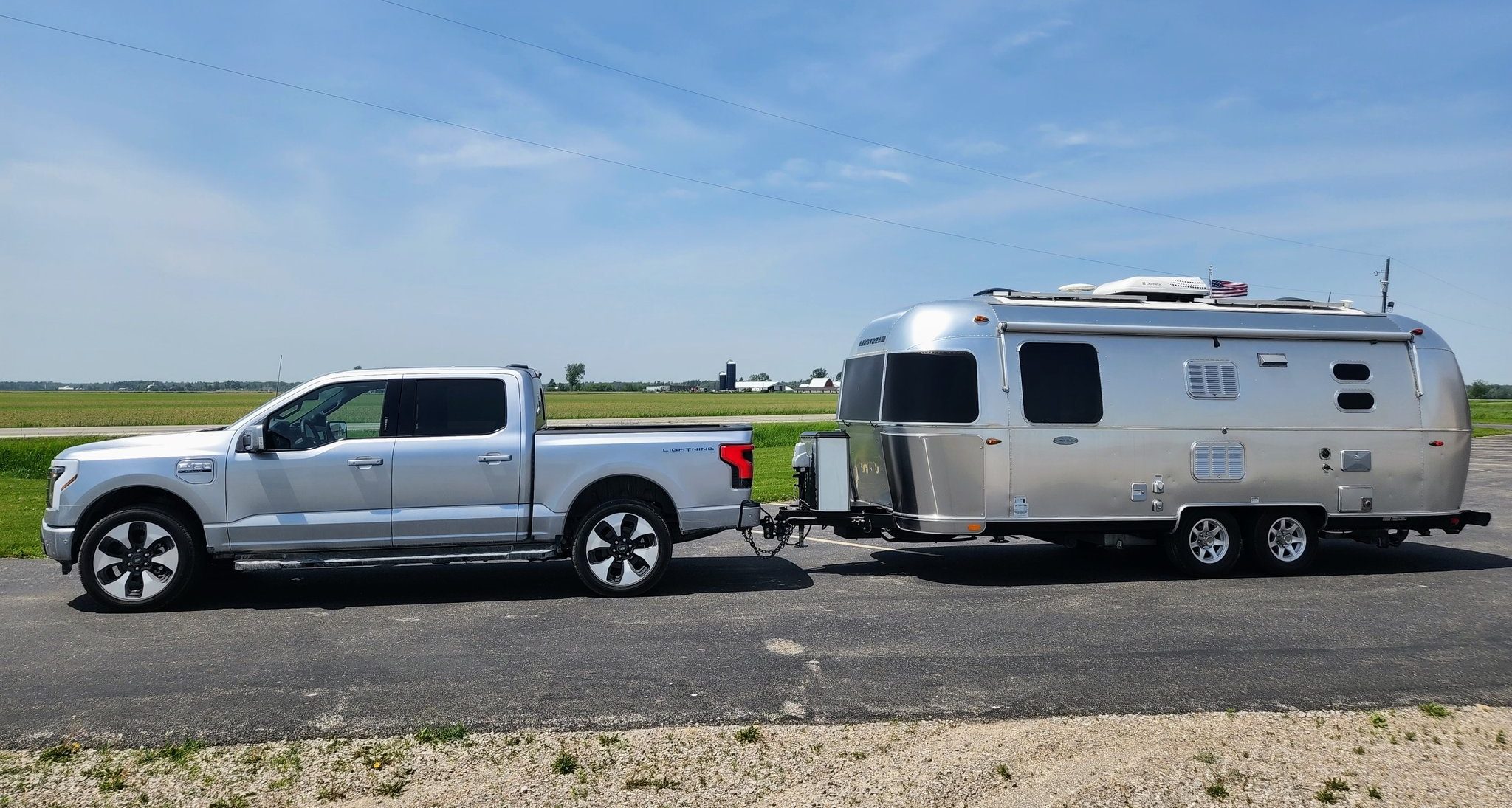 A Ford F-150 Lightning owner and veteran EV driver has provided some useful real-world data on the all-electric pickup truck and its towing capabilities. As it turned out, F-150 Lightning owners may need to plan out their routes very well if they wish to tow with their vehicles over long distances.

The F-150 Lightning owner towed a 23-foot Airstream trailer for about 30 miles during his test. The trailer itself is around 6,000 pounds as it was loaded with gear. The route was flat as well, and the speed was maintained at about 65 mph. The Lightning owner noted that the towing experience was great overall, as the instant torque from the all-electric truck made hauling extremely easy.

However, towing a 23-foot trailer did come with a range hit. As noted by F-150 Lightning and Tesla owner oneguynick from the F-150 Lightning Forum, he saw about 0.8 miles per kWh during his test, which is a notable difference from the 1.5 miles to 1.8 miles per kWh that the truck exhibited without a trailer. That translated to roughly 50% of the Lightning’s range when towing.

The Lightning owner observed several interesting things about the all-electric truck when it towed the 23-foot Airstream. For one, several BlueCruise capabilities were reportedly disabled as soon as the vehicle’s tow/haul mode was activated. Regen braking worked just fine as well.

Overall, the EV driver noted that the towing experience with the F-150 Lightning was actually very similar to that of a regular combustion-powered F-150. This should benefit the vehicle, as it would make it easier for Ford owners to transition from an ICE F-150 to the Lightning.

The range hit is the only issue so far since towing essentially cuts the vehicle’s range in half. But with rapid charging networks being expanded and Tesla possibly opening up its Superchargers to other EVs in the near future, the Lightning’s range adjustments when towing may soon be a nonissue.