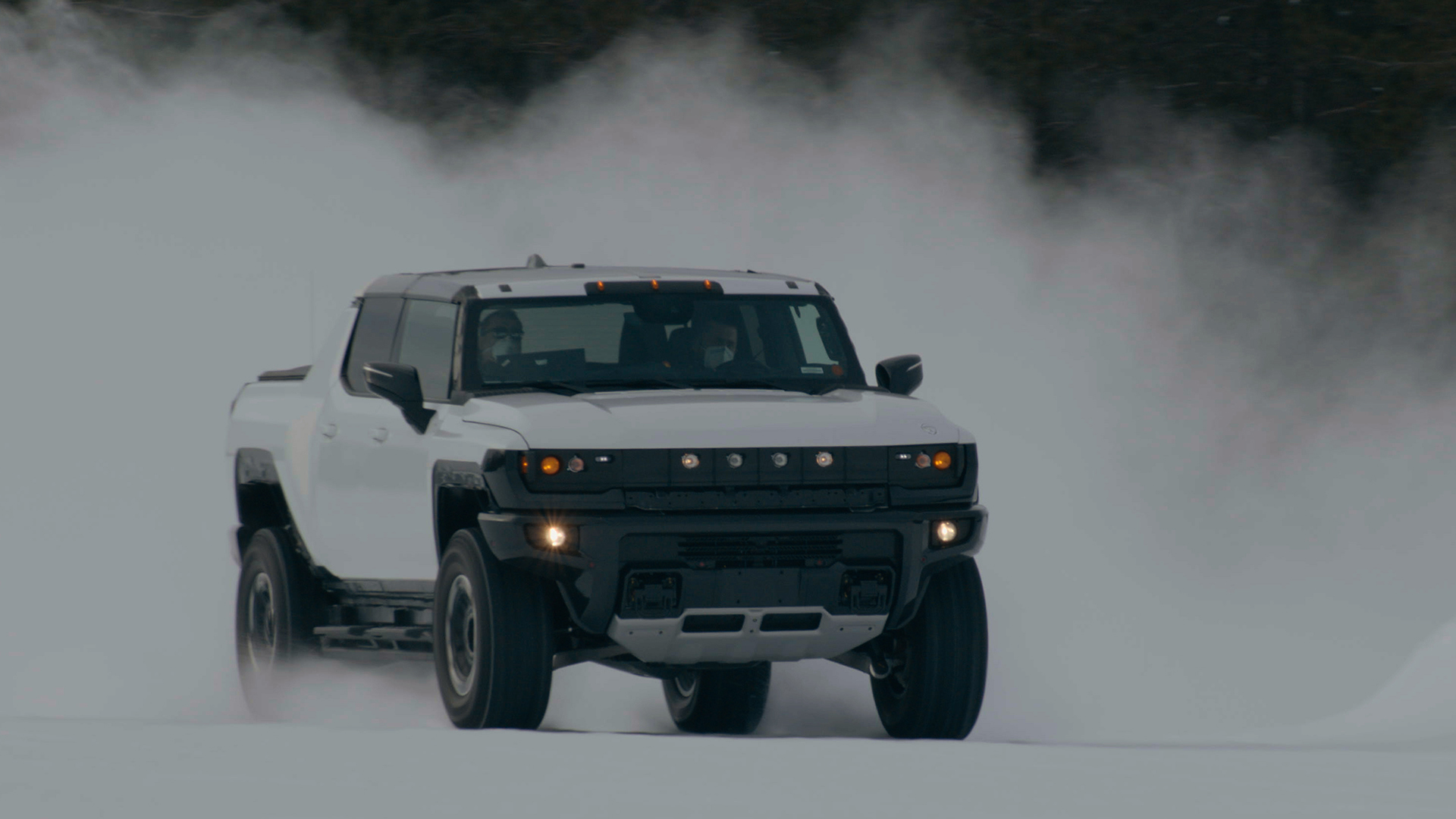 GMC’s entrance into the electric vehicle market with a Hummer shocked the world. When the legacy automaker announced that it would be shifting the gas-guzzling tank of a vehicle to an all-electric and sustainable powertrain, it counteracted the natural association people have with the words “Hummer” and “gas-hog.” Now, prior to its planned rollout later this year in the fall, GMC is testing the Hummer EV under extremely harsh winter conditions, making sure it is ready to handle the highly-challenging terrains it will likely be confronted with after its first deliveries. Additionally, GMC announced the planned unveiling event for the Hummer EV SUV on April 3rd.

GMC’s Hummer EV was unveiled in October 2020, and the automaker is currently going through the process of developing the vehicle through regular testing. A team of GMC engineers recently took the vehicle to the Upper Peninsula of Michigan, where snow-covered terrains, low temperatures, and challenging scenarios lie ahead for nearly any vehicle that sits in its path. However, a likely and worthy challenger in the Hummer EV performed well, proving that GMC’s several driving assistance features undoubtedly will come to the rescue when needed.

Confronted with sub-zero temperatures, unfavorable surfaces that provided relatively no traction, snow, ice, and constantly changing grades, the Hummer EV had its work cut out for it. GMC has worked on developing a powerful and dependable all-wheel-drive torque distribution with a traction control system that is designed to handle these terrains specifically.

The Hummer EV proved itself a worthy opponent for the terrain, handling itself with speed, precision, and accuracy, according to a video released by GMC, all on one of the more challenging environments for a vehicle on Earth.

While the Hummer EV remains on the backburner for GMC until production begins this fall, the vehicle will continue on with its developments until the release is found to be favorable for the company. Parent company GM also announced recently that there would be downtime at three of its current production facilities due to semiconductor shortages globally. However, this will not affect the Hummer EV’s production dates as the vehicle will be built at GMC’s Detroit-Hamtramck Assembly Center, which was recently retooled for EV production thanks to a $2.2 billion investment. This facility was not one of the three that GM listed as those affected by the semiconductor shortage.

Finally, GMC also announced that it would unveil the GMC Hummer EV SUV on April 3rd, during the NCAA Final Four.

Check out GMC’s testing of the Hummer EV below.