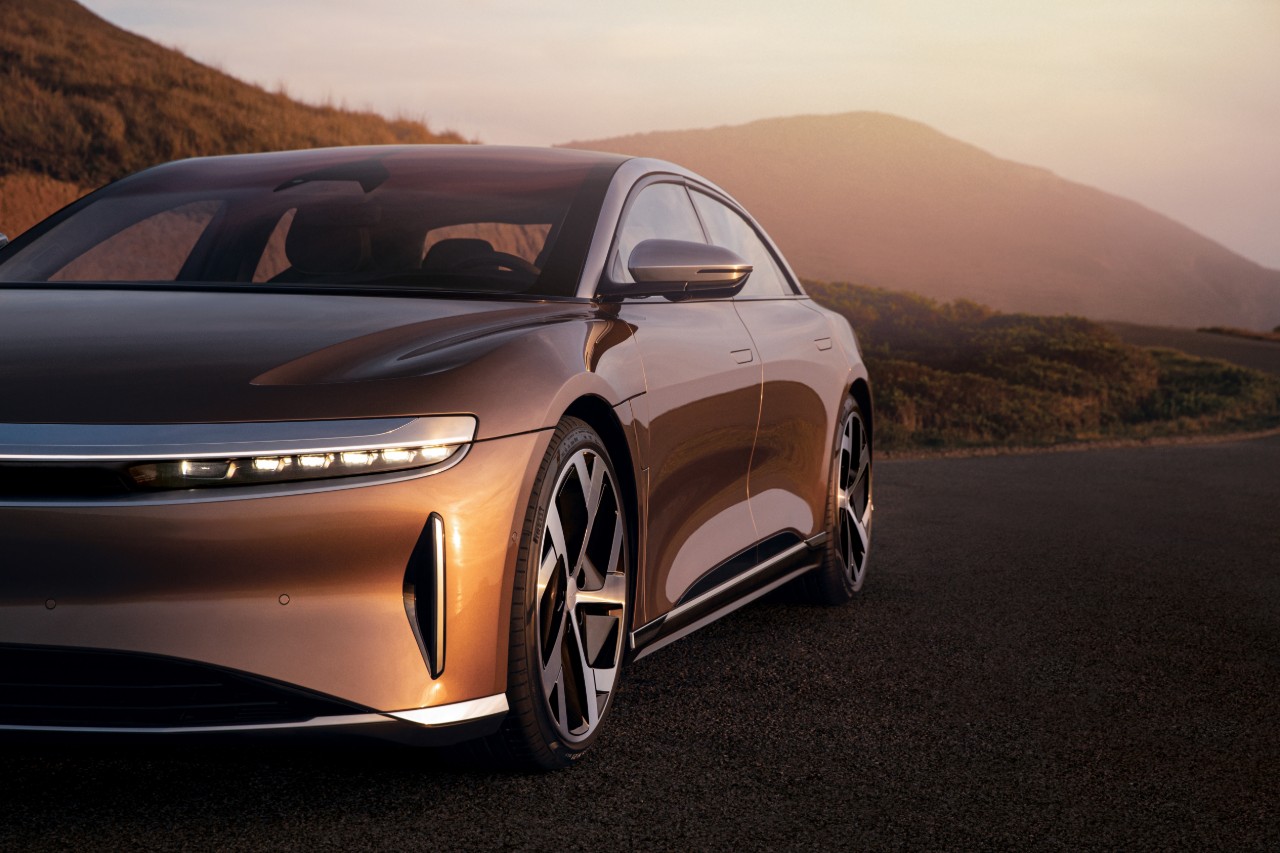 Lucid will unveil its first production electric vehicle live at 4 PM PST on September 9th. The Air is the company’s first electric car, a sedan with impressive range ratings of 517 miles, 1,080 horsepower, and a class-leading amount of interior space.

Lucid will detail the variants for the Air, along with pricing options and other configurations that will be available for consumers.

Powered by a 113 kWh battery pack, Lucid has worked tirelessly to increase the efficiency of the Air, all while decreasing the drag of the vehicle. It holds a .21 drag coefficient, which is the lowest of an EV in existence. The next closest is the Tesla Model S, with a .23 drag coefficient.

The Dream Edition of the Air also is one of only three production cars ever to break the 10-second barrier for the quarter-mile drag race. It managed to complete a 9.9-second run in consecutive runs.

Along with its “Space Concept,” which increases cabin space through compact motors and powertrains, V2G charging features, and best-in-industry peak charging rates, Lucid can raise the bar for the EV industry and challenge Tesla for domination in the sector.

However, CEO and CTO of Lucid, Peter Rawlinson, is well aware that the company has a lot to prove. “Words are cheap. We are nothing until we’ve got anything into production,” he said.

Lucid’s unveiling event is available below, and also at Lucid’s website.