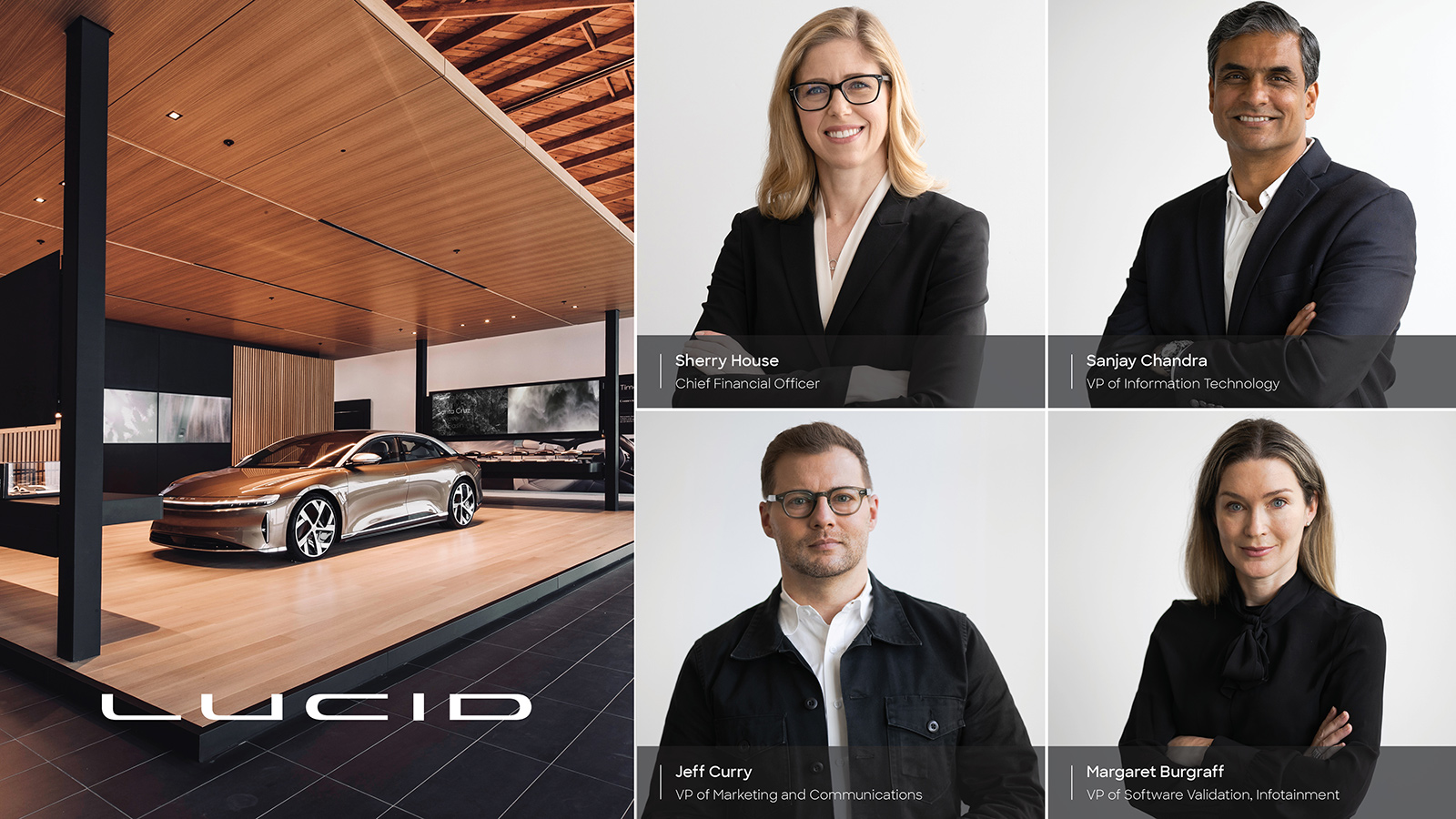 Lucid Motors has announced that it has appointed former Waymo Treasurer and Head of Investor Relations Sherry House as its Chief Financial Officer ahead of the automaker’s decision to become a publicly-traded company. Along with the addition of House to the Lucid executive team, the company has added several other new executives who will contribute key insights to the automaker’s financial, technological, and strategic plans as it prepares for the first deliveries of the Lucid Air sedan.

Sherry House has officially joined the company on May 5th, leaving her post as Waymo’s Treasurer and Head of Investor Relations after nearly four years. During House’s time at Waymo, the University of Michigan grad built and led a team that handled the company’s financial health and investment plans. Her LinkedIn page says she also led all funding and financing initiatives and managed investor communications to promote growth. House’s expertise with both large Fortune 500 companies and small, emerging startups makes her an ideal candidate for the position of Lucid’s CFO. Lucid CEO and CTO Peter Rawlinson is excited about his company’s new addition.

“We are delighted to have Sherry join us. Her rare combination of financial and technical experience bolsters our core leadership team in a pivotal year for Lucid as we prepare to transition to a publicly traded company and launch the Lucid Air,” Rawlinson said. “We stand on the cusp of delivering the world’s most advanced electric vehicles, and now with the arrival of Sherry, augmented by the ongoing, invaluable contribution of our Vice President of Finance, Mike Smuts, we continue to build out what I believe to be the EV industry’s strongest leadership team.”

Lucid is making several other additions to its executive team in preparation for the Air’s launch in a few months. Along with House, the company added Margaret Burgraff as the Vice President of Software Validation, Sanjay Chandra as Vice President of Information Technology, and Jeff Curry as Vice President of Marketing and Communications. The additions are critical in Lucid’s eventual introduction as a public company where investors can openly buy and sell shares. In an emerging market of competitive electric vehicle companies, Lucid is preparing to cater to investors in any way possible. It starts with surrounding an already impressive team of executives with more seasoned veterans who come from the automotive and technology sectors.

Margaret Burgraff is joining Lucid with the title of VP of Software Validation. After 25 years in the industry with companies such as Apple and Intel, where she most recently served as VP of Global Developer Relations, Burgraff was responsible for co-engineering and enabling global independent software vendors to work best with Intel’s product portfolio. Additionally, she has presented to large, global audiences that include topics like Artificial Intelligence, data, and female empowerment.

Sanjay Chara will become Lucid’s first-ever VP of Information Technology. His career has culminated with over 20 years of experience with large companies like Workday, PayPal, and Virgin Mobile. His most recent role was CIO and Head of Cloud Operations at TiVo/Xperi, a position he held for over eight years. He was responsible for cloud operations, infrastructure, and eCommerce, resulting in “explosive business growth and customer expansion.

Finally, Lucid brings on Jeff Curry to take the role of VP of Marketing and Communications. After serving as a successful member of several iconic brands and high-tech startups, such as SiriusXM, Saab, Audi of America, Ferrari North America, and Jaguar, Curry’s most notable work has been in large, well-known events like the Super Bowl. Curry joined Lucid after leaving Jaguar but led the e-mobility campaign strategy for Audi. He joined Lucid’s team as a consultant in December 2019 but now has gained a permanent position as the automaker’s VP of Marketing and Communications.