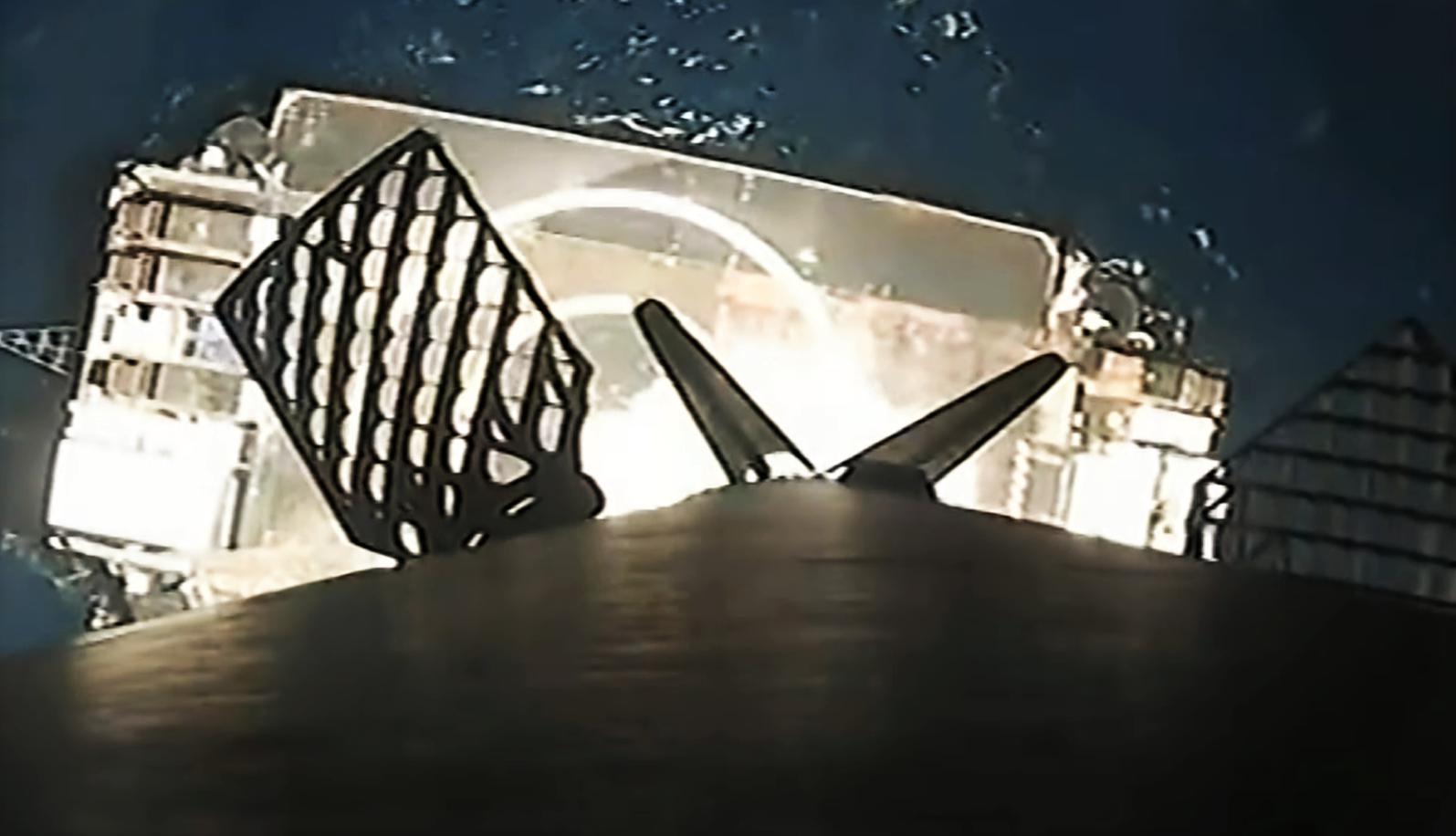 Pictured on the left with B1058 on the right, Falcon 9 booster B1051 will reportedly become the first to fly ten times later this weekend. (Richard Angle)

The mission’s success also means that SpaceX’s internet constellation has more than 1500 functional satellites in orbit, leaving Starlink just two more 60-satellite batches and a few months of orbit-raising away from the ability to deliver internet virtually anywhere on Earth.

Next Spaceflight reports that SpaceX’s next Starlink launch – scheduled as few as five days after the last mission – will see Falcon 9 mark a hugely significant milestone for truly reusable rocketry.

According to Next Spaceflight’s sources, SpaceX has chosen Falcon 9 booster B1051 to launch Starlink-27 – the constellation’s 26th operational mission – as early as 2:42 am EDT (06:42 UTC) on Sunday, May 9th. Scheduled eight weeks (56 days) after the same booster’s last orbital-class launch and landing and just five days after SpaceX’s 25th operational Starlink launch, Starlink-27 will be Falcon 9 B1051’s 10th launch.

While seemingly minor in the scope of SpaceX’s unending roster of spaceflight ‘firsts,’ B1051’s Sunday flight will make Falcon 9 the first reusable liquid rocket booster of any kind to complete ten orbital launches. With that tenth launch and (hopeful) landing, SpaceX will cross a largely symbolic – but still significant – milestone that many traditional aerospace companies and direct competitors have used for at least a decade to rationalize resting on their laurels and continuing to design and build expensive, expendable rockets with no serious path to reusability.

For the entirety of SpaceX’s operational life, its only two real competitors have – and continue to be – US conglomerate United Launch Alliance (ULA) and European conglomerate Arianespace. Almost like clockwork, both extremely conservative groups – comprised of numerous traditional, entrenched aerospace and military contractors – have gone through a similar cycle of belittlement and dismissal, denial, goalpost-moving, disbelief, and resignation as SpaceX announced plans for reusability, began real-world attempts, and gradually worked out the kinks.

As it became clear that SpaceX would succeed in its efforts to vertically launch and land Falcon 9 boosters and ULA and Arianespace had to move their goalposts from “it’ll never work,” both generally settled on largely arbitrary claims that even if SpaceX could land rockets, reuse would never be economical. ULA went even further than Arianespace with an explicit claim – derived from armchair analysis built on opaque, unspecified assumptions – that SpaceX’s approach to Falcon reuse would “require ten [booster] uses to be profitable.” [PDF]

Instead, ULA – proudly standing on its high horse – proffered an alternative called “SMART (Sensible Modular. Autonomous Return Technology) Reuse” for its next-generation Vulcan rocket. Instead of landing and reusing entire boosters like SpaceX, ULA would develop an extremely complex engine section that would detach from Vulcan in mid-air, deploy an experimental inflatable heat shield, and be grabbed out of the sky with a helicopter. Even back when the concept was first announced in 2015, ULA’s schedule for SMART reuse would have seen the technology debut no sooner than the mid 2020s.

More than half a decade later, ULA no longer talks about “SMART Reuse” and it certainly doesn’t talk about the program’s schedule. As late as mid-2020, though, CEO Tory Bruno still parrots ULA’s arbitrary estimate that reusability only makes sense after ten flights per booster – and with the added bonus of new goalposts that demand that that “breakeven flight rate…be achieved as a fleet average.”

Arianespace executives have echoed similar sentiments over the years and more recently implied that it would only ever make sense to invest in SpaceX-style reusability if the conglomerate could guarantee at least 30 launch contracts annually.

In the meantime, Arianespace and ULA all but handed the vast majority of their commercial market share to SpaceX’s far more affordable Falcon 9 and Falcon Heavy. As a result, the company has effectively taken over the commercial spaceflight industry while its relentless, iterative development approach have produced refined Falcon 9 and Heavy rockets with an unprecedented degree of reusability. Looking at all Falcon 9 Block 5 boosters that have flown more than once, the fleet average is already more than five launches less than three years after the Block 5 upgrade debuted.

SpaceX has also demonstrated – multiple times – that it can launch the same Falcon 9 booster twice in less than a month, quite literally halving the Space Shuttle’s 54-day record while likely requiring somewhere between 10 and 100 times less hands-on work. Just last month, NASA gave SpaceX’s reusability work the ultimate blessing when a Falcon 9 booster launched astronauts for the second time. Of the more than 1500 Starlink satellites SpaceX has launched over the last two years, not a single one of those internet satellites flew on a new Falcon 9 booster.

Finally, Falcon 9 booster B1051 is now on track to become the first liquid rocket booster in history to cross the ten-flight mark set by ULA and targeted by SpaceX CEO Elon Musk. For Musk, “ten flights” has long been a line drawn in the sand – explicitly meant to be an arbitrary target. In reality, after flying multiple Falcon 9 boosters six, seven, eight, and even nine times apiece, SpaceX already believes that the rocket’s existing design is capable of significantly surpassing that target.

Perhaps most importantly, despite the fact that Arianespace and ULA have scarcely begun to even attempt to counter Falcon 9 and Falcon Heavy, SpaceX is already working on Starship – a far more capable, fully-reusable rocket designed from the ground up with lessons learned from Falcon.