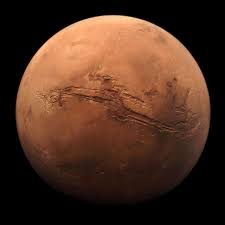 Mars buildings could be built using components made from bacteria

Bacteria could be useful construction tools when it comes to building cities on Mars.

Elon Musk recently detailed his plans for establishing a city on Mars. But before we take up residence on the red planet, we’re going to need some help laying the groundwork. Here’s where bacteria come in.

A special group of microorganisms, called Shewanella oneidensis, would make excellent helpers, says Benjamin Lehner, a doctoral candidate at Delft University of Technology in the Netherlands.

Shewanella belongs to a group of bacterium called exoelectrogens, which possess an unusual skill: They can produce electricity. But that’s not all. Lehner says the bacterium can also mine iron out of the Martian soil.

In 2018, NASA sent a batch of these helpful bacterium to the space station to see how well they thrive in space. Now Lehner wants to send them on to Mars, ahead of human explorers.

“In its natural form, we can’t use much of the iron in the Martian soil,” Lehner said in a statement. “But S. oneidensis has the ability to turn part of the soil into magnetite, a magnetic oxide of iron.”

That iron would then be used as building materials for future structures on Mars.

So how would it work? Lehner says that three things should sent to Mars ahead of any human expeditions:  a rover, a bioreactor and a 3D printer. The rover would fetch batches of Martian soil, called regolith, then feed it into the bioreactor.

The Martian soil is rich in iron and the S. oneidensis loves to munch on iron, so it would be waiting in the bioreactor, ready to chow down.

The bacteria would then produce magnetite as a byproduct from the regolith. The magnetite would then be extracted and separated from the rest of the soil with magnets. Finally, the 3D printer would turn this raw metal material into a host of valuable parts for humans.

The printer could create any part necessary—screws, nuts, bolts—for building structures (including human habitats) on Mars.

So how much iron could these microbes realistically produce? Leher and his team estimate they could have a substantial amount in a few year’s time.

According to the researchers, a 370-gallon (1,400-liter) reactor could yield about 770-lbs. (350 kilograms) of the material each year. “After 3.3 years, it would produce more iron than can fit inside the capsule,” he explained. “By sending several of these unmanned modules to Mars, we can produce a good amount of iron in a few years’ time.”

Bacteria are advantageous because they’re self-replicating, can withstand the harsh radiation on Mars, and are cheap to transport. They only need one thing: food.

To that end, Lehner suggests sending microalgae along with the bacteria. These organisms live off of sunlight and CO2, two things that are plentiful on Mars. The microalgae will turn those ingredients into nutrients and oxygen, perfect for the bacteria.

But what if some rogue bacteria make their way out of the reactor? Would we then contaminate Mars with Earth microbes? What does this mean for the search for life?

“We want to prevent our bacteria from contaminating the planet, since that could hinder the search for life on Mars,” Lehner said. To mitigate any chances of contamination, Lehner’s team says that the bioreactor and any iron material produced needs to be safely contained.

Mars buildings could be built using components made from bacteria