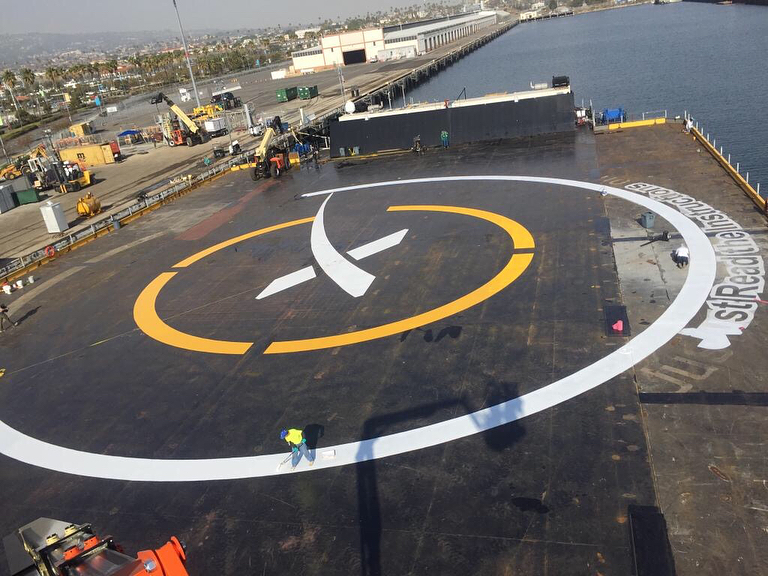 Although SpaceX’s launch of PAZ and two Starlink demo satellites has been pushed back to Thursday by weather concerns, work back on the East coast is continuing apace in preparation for the Sunday, February 25 launch of an exceptionally heavy communications satellite.

Updated February 24: SpaceX has postponed Sunday’s launch, as it attempts to conduct additional testing on the fairing’s pressurization system. “Once complete, and pending range availability, we will confirm a new targeted launch date”, notes SpaceX.

Eloquently deemed Hispasat 30W-6 (1F), the hefty 6000+ kg spacecraft will be sent to geostationary transfer orbit (GTO) atop a brand new Falcon 9 rocket, quite a rare occurrence in the last several months. Based on the satellite’s considerable mass and public understand of Falcon 9’s performance, it was reasonably assumed that the rocket would need to launch in an expendable configuration to lift its payload to the proper orbit. However, in an unexpected turn of events, local observers with access to Cape Canaveral Air Force Base (CCAFS) or Kennedy Space Center (KSC) have observed what unequivocally appear to be grid fins and landing legs attached to the fresh Falcon 9, Booster (B)1044.

Local observers have observed grid fins and landing legs attached to the unflown Falcon 9, hinting at an aggressive landing attempt.

Further corroborating this evidence of an imminent landing attempt, Notices to Airmen (NOTAMs) have been published that indicate a possible landing location for the SpaceX rocket. NOTAMs are used to instruct aircraft and boats of potentially hazardous areas that must be avoided within a certain time frame – for those of you with memories of scrubbed launches caused by wayward boats or aircraft, these notices are what those offending individuals were supposed to be cognizant of. NASASpaceflight.com forums user Raul has kindly maintained a custom Google Maps fork that is regularly updated with data provided in NOTAMs, and serves as an invaluable visualization for those of us that do not pilot boats or planes quite as frequently as others.

SpaceX drone ship Of Course I Still Love You (OCISLY) has taken quite a beating in the past few months – most recently she was nearly speared by Falcon Heavy’s 300+ mph center core. Nevertheless, the storied vessel has been relentlessly repaired and maintained by SpaceX’s crew of recovery fleet technicians and can be expected to leave its Floridan Port Canaveral berth within the next 24 hours – so long as the company intends to attempt recovery of Falcon 9 B1044. 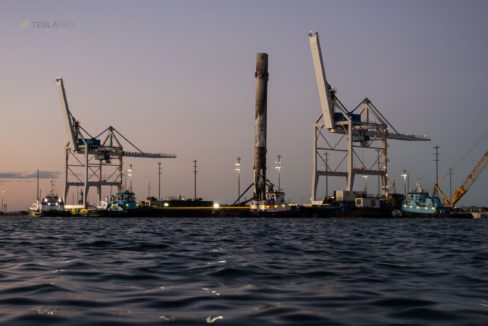 OCISLY and a landed Falcon 9 return to port after the most recent successful ocean recovery, October 30 2017. (Tom Cross) 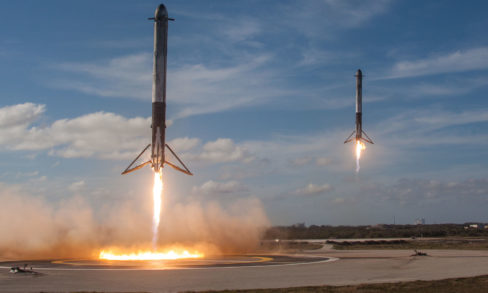 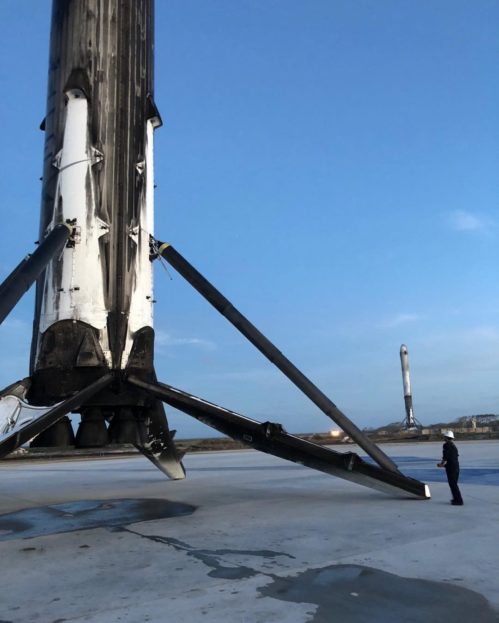 As launch photographer Tom Cross works to acquire a license that would allow him to place remote cameras nearby the drone ship, viewers can capture the drone ship landings on SpaceX’s webcast. We’ll continue to provide on-the-ground coverage of both rocket launch and landings.

Meanwhile, back on the West coast, photographer Pauline Acalin is busy covering SpaceX’s launch of PAZ and two Starlink demo satellites. Due to slightly off-nominal upper level winds, just barely violating Falcon 9’s engineering margins for wind shear, the launch attempt earlier this morning was scrubbed and pushed back 24 hours, now NET 6:17am PST Feb. 22. Although the flight-proven booster flying with PAZ will be expended in the Pacific Ocean after launch, it appears likely that the launch will feature SpaceX’s first full-on attempt at recovering a payload fairing half intact.

SpaceX’s live coverage will begin at the livestream below approximately 15-20 minutes before launch.