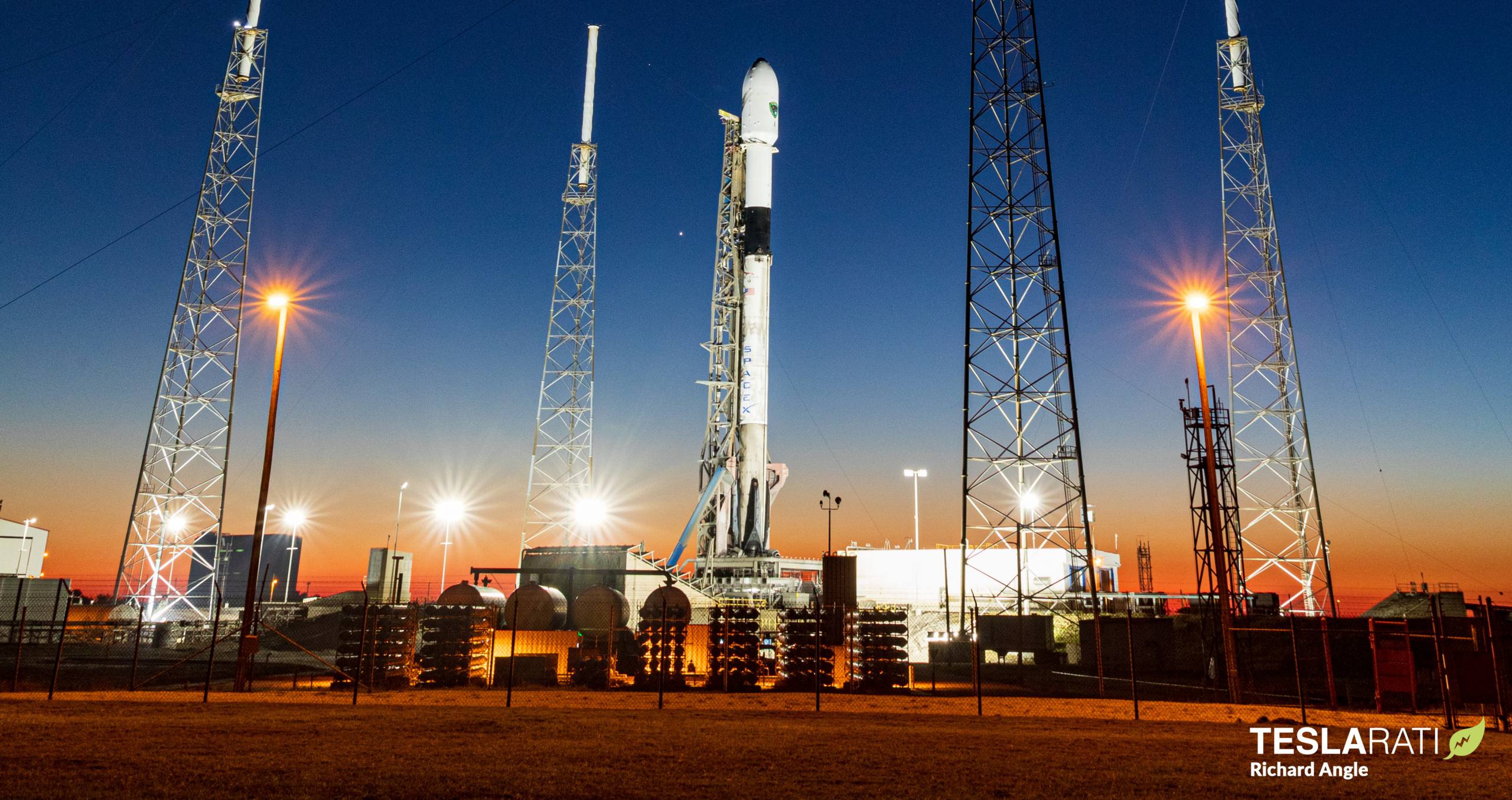 Two SpaceX ships have headed to sea to recover parts of Falcon 9 after the rocket’s fifth upgraded GPS III satellite launch for the US military.

On Tuesday, SpaceX confirmed that Falcon 9 is scheduled to launch GPS III Space Vehicle 06 (SV06) no earlier than (NET) 7:10 am EST (12:10 UTC) on Wednesday, January 18th. Built by Lockheed Martin for an average of $610 million each [PDF], the payload is the sixth of ten upgraded GPS III satellites and weighs around 4.35 tons (~9600 lb). Its eventual destination is a circular Medium Earth Orbit (MEO) around 20,200 kilometers (12,550 mi) above Earth’s surface, where it will join dozens of other GPS satellites.

If past trends continue, SpaceX’s two-stage Falcon 9 rocket will be tasked with launching GPS III SV06 to a transfer orbit measuring around 400 kilometers by 20,200 kilometers. The satellite will then use its own propulsion system and propellant to raise its perigee and enter a circular, operational orbit.

SpaceX will then attempt to recover Falcon 9’s reusable booster on drone ship A Shortfall of Gravitas (ASOG), which will be stationed about 640 kilometers (~400 mi) northeast of the company’s Cape Canaveral Space Force Station LC-40 launch pad. ASOG was towed to sea on Friday, January 13th. Used once before to launch four astronauts on SpaceX’s Crew-5 mission, Falcon 9 B1077 will reportedly launch GPS III SV06, becoming the second flight-proven rocket to launch a GPS III satellite.

770 kilometers (~460 mi) downrange, recovery ship Doug – which left port on January 15th – will try to fish Falcon 9’s GPS III SV06 payload fairing halves out of the ocean for reuse. Fairing recovery and reuse have quietly become almost as reliable and routine as Falcon booster recovery. SpaceX is still the only company or group to successfully reuse an orbital-class rocket’s fairing.

GPS III SV06 will be SpaceX’s fifth upgraded GPS satellite launch since December 2018. The mission is part of a block of four contracts that represent a minor revolution in US military launch procurement. During SpaceX’s first GPS III launch, the company was forced to expend an entire Falcon 9 rocket – likely out of an abundance of caution and at the request of the US Air Force. For its three subsequent GPS III launches, SpaceX was able to recover each Falcon 9 booster while still launching the payload to the same orbit as the first expendable mission.

Soon after that first success, SpaceX won a contract worth $290.5 million for three more GPS III launches. At some point, the US military reassessed the situation and decided that SpaceX’s reusable Falcon boosters were becoming reliable enough to safely launch military payloads. The Space Force ultimately renegotiated its contract with SpaceX to allow the company to launch GPS III SV05 and SV06 on reused Falcon 9 boosters, reducing the total cost to the taxpayer to $226.5 million.

After GPS III SV06, the Space Force only has one GPS III launch contract left – using a ULA Vulcan rocket that has yet to fly. The three remaining GPS III satellites still need launch contracts, and the first tranche of ten GPS III satellites will be followed by up to 22 GPS IIIF Follow On satellites that will also need launches. Given the company’s track record and lower prices, SpaceX will likely be tasked with launching a large portion of those future satellites throughout the 2020s and into the 2030s.