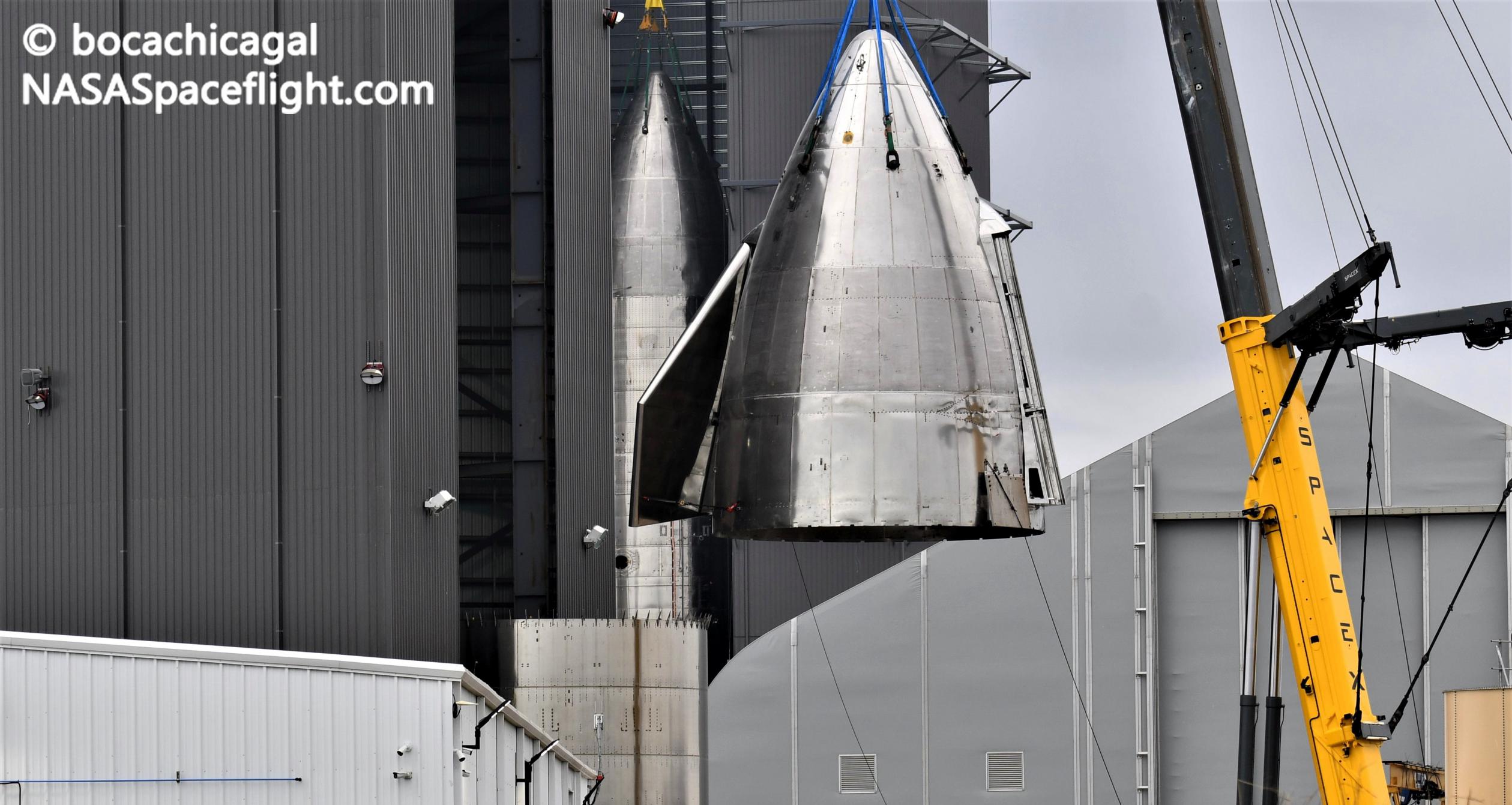 On December 19th, SpaceX began the final stacking work needed to complete Starship SN10’s nose section, comprised of a conical nosecone on top of several steel rings. Unlike Starships SN8 and SN9, the first two flightworthy prototypes to reach their full height, Starship SN10’s assembly will be one ring shorter (from five to four) for unknown reasons – subtracted nose ring instead added to the top of its tank section.

If the task isn’t already complete, SpaceX’s integration team will join the nose and its rings with one or two circumferential welds, traveling the full 28-meter (~90 ft) circumference. In the margins, the avionics wiring, hydraulic tubing, and liquid oxygen feed lines needed to operate the nose’s cold gas thrusters, flaps, and propellant header tank will also need to be connected – first from nose to nose ring section and again once SN10’s completed nose is stacked atop the rest of its airframe.

If Starship SN10’s production mirrors SN9’s, the rocket’s nose section will be ready for final installation as early as December 25th, give or take a day or two. In the event that the two processes are largely identical, Starship SN9 – still recovering from a work stand collapse that damaged two flaps – will need to be moved out of the high bay it was assembled in.

As it so happens, SpaceX has unspecified road closures scheduled from approximately 8 am to 5 pm CST (UTC-6) on December 21st, 22nd, and 23rd that could be used to transport Starship SN9 and the crane needed to lift it to the launch pad. Starship SN10’s tank and engine section would then be rolled from its mid-bay cradle to the high bay for nose section installation. As demonstrated by Starship SN8, SpaceX could also settle for a less desirable option if SN9 needs more time, installing Starship SN10’s nose out in the open.

Ultimately, Starship SN9 appears to have miraculously survived a major handling error that could have easily turned fatal and would have almost certainly marked the end of any other in-production rocket. Still, in the event that SN9 does make it to the test stand but fails during testing or during its own high-altitude launch attempt, Starship SN10 will likely be ready to carry the torch forward almost as soon as it’s needed.