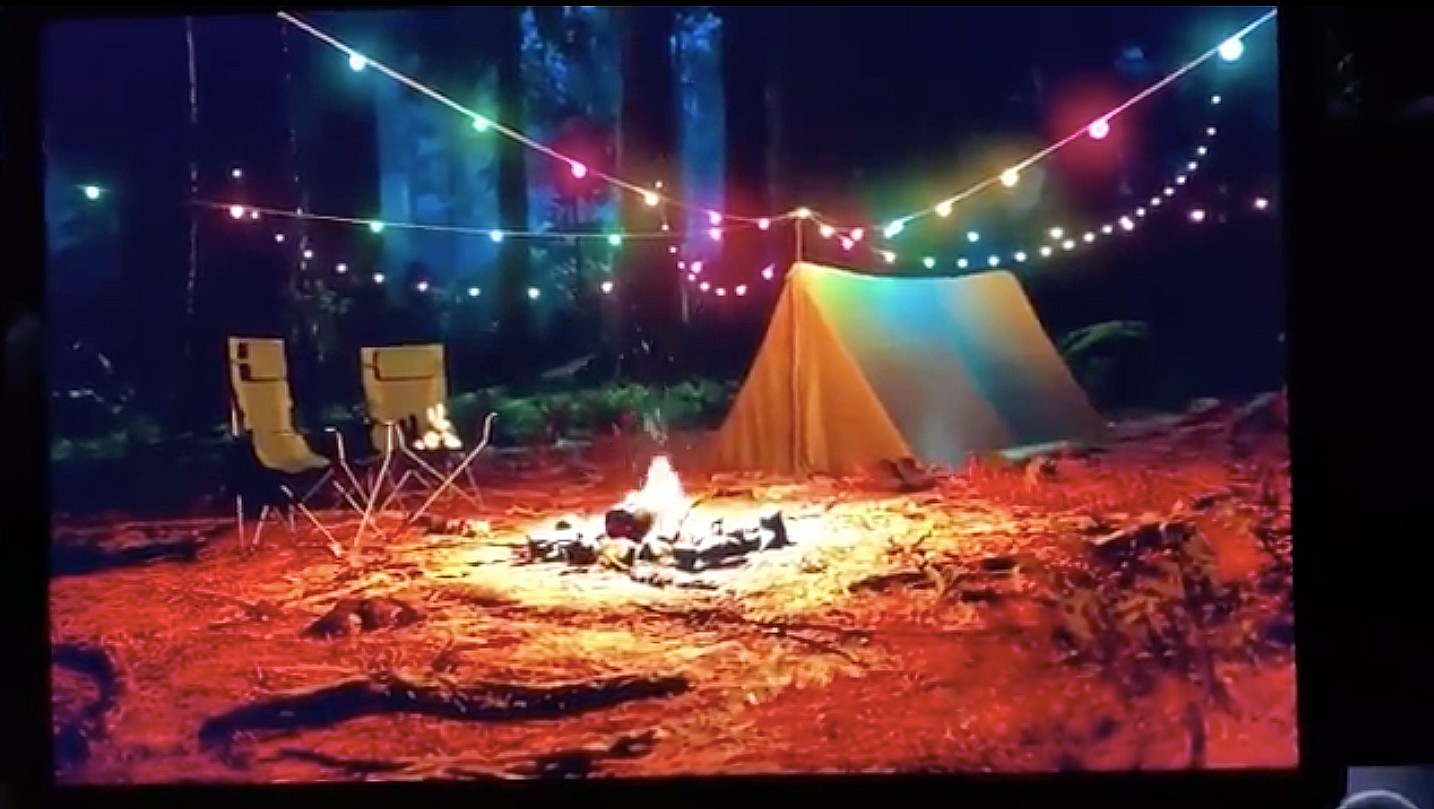 Tesla recently introduced “Camp Mode” in its newest software update, and owners are just now stumbling across an Easter Egg that appears just moments after activating the feature.

Tesla owner and enthusiast Tesla Girl (@somichuhon) posted the Easter Egg after testing out Camp Mode while she was parked at a rest stop. After around ten minutes, her Model 3’s dash screen displayed an image of a Christmas themed campsite with a cozy fire and relaxing jazz music. These observations are reflected by other Tesla owners who have accessed Camp Mode, which suggests that the campfire Easter Egg activates on its own without any additional driver input.

“Started my holiday road trip today. Giving camp mode a try at a rest stop and look at what just came up onscreen about 10 minutes in!! Haha! Good one, @Tesla! Merry Christmas to you too. @elonmusk you keep making me fall in love with this car!! TY for all you do!!” @somichuhon wrote.

Camp Mode was added with the 2019.40.50 software update that was released earlier this week. The feature was aimed at giving additional comfort to owners who spend extended periods of time in their vehicles when parked. Some owners are forced to spend overnights in their cars due to weather or unfavorable conditions outside. The release notes for Camp Mode state:

“Your car can now maintain airflow, temperature, interior lighting, as well as play music, and power devices when Camp Mode is enabled. To enable Camp Mode, tap the fan icon at the bottom of the touchscreen and set Keep Climate On to CAMP while your car is in PARK. Big batteries rock.”

Camp Mode has the potential to save travelers money when they are in a road trip. Instead of spending hundreds of dollars on a hotel room, for example, owners could sleep in their vehicles instead. And owners can do this without any fear of having their batteries drained by the morning, since Teslas have large battery packs, and engaging Camp Mode for the night will likely consume only a little of a vehicle’s charge.

Even before the addition of Camp Mode, Teslas are already being used for camping by electric car owners. The Model S and X’s large cabins, for one, are enough to fit a queen sized mattress when their rear seats are folded. Even the smaller Model 3 is able to fit a double-sized mattress. Companies such as DreamCase have even made custom beddings and accessories specifically for Tesla owners who wish to sleep in their vehicles. With Camp Mode rolled out, these overnight sessions will likely be even better.

Along with Camp Mode, the recent update gave Tesla owners a new Full Self Driving visualization of stop signs and stop lights, new games like Stardew Valley and Lost Backgammon, Phone Improvements, Voice Commands, and “other things” that CEO Elon Musk has yet to release. The update also included a cool “FSD Preview” that showed owners with HW3 installed how their vehicles view inner city streets.