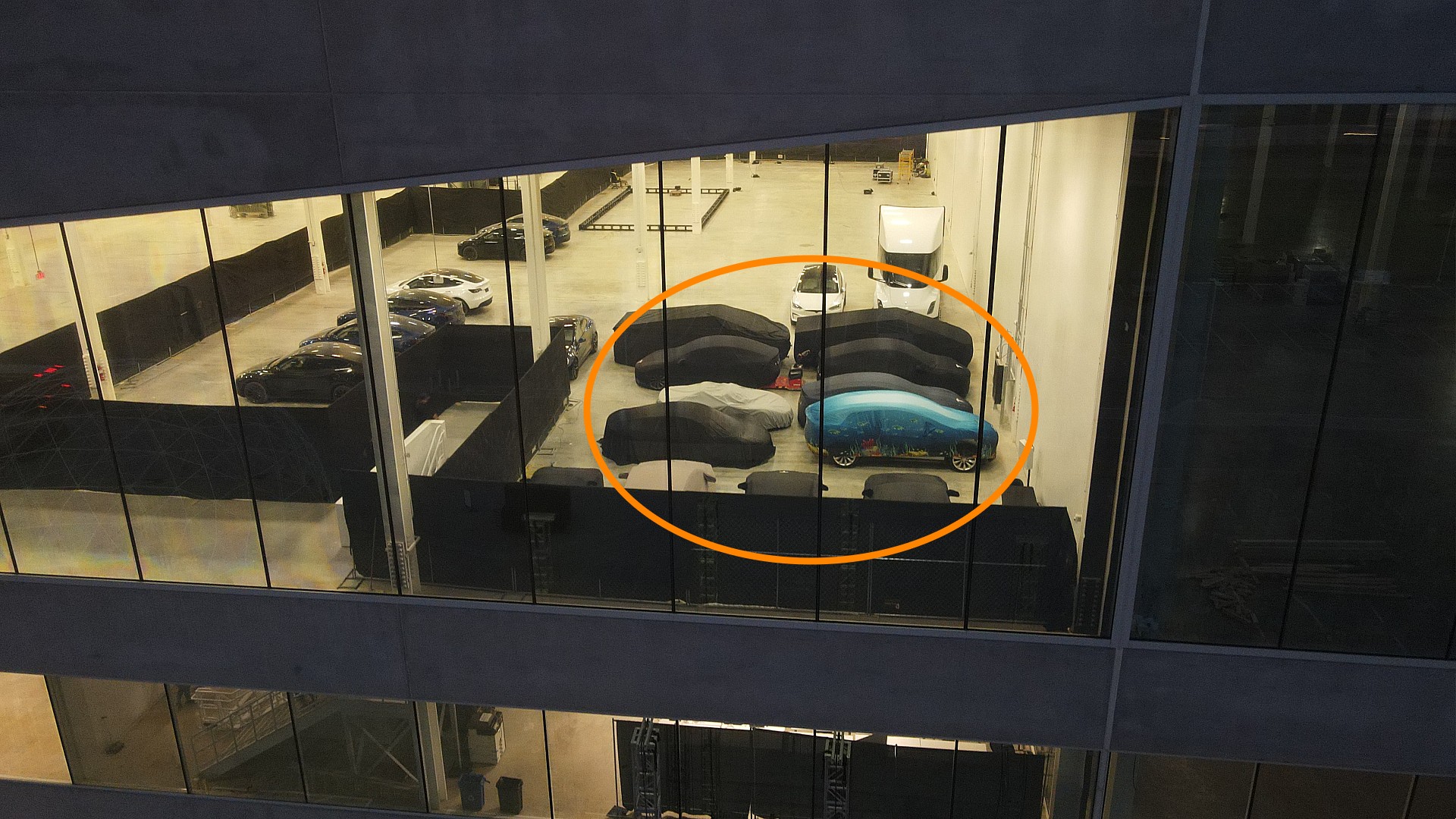 Tesla is gearing up for its “Cyber Rodeo” at Gigafactory Texas tomorrow, and new images from those near the new electric vehicle production facility appear to show the automaker plans to make it a day to remember. In what will eventually become Tesla’s second active production facility, delivering the world’s best electric cars to consumers, twelve vehicles were spotted under car covers, with two of them being Cybertrucks. However, in typical fashion, Tesla could make the event one of the best in its history, with some speculating a few surprises could be in store as the event is now around a day away.

Images taken by drone operator Joe Tegtmeyer, who has monitored the factory’s progress nearly every day since its groundbreaking, show a series of covered Tesla vehicles surrounded by uncovered ones. While the Semi and Tesla’s passenger cars surround the covered vehicles, there appear to be two Cybertrucks, a Roadster, and another car that has an unusual shape.

Evidently, Tesla could be planning to have its full vehicle lineup at the event, just as it did at the Shareholder Meeting and Battery Day it hosted in late 2020. The Cybertruck, Roadster, and Semi were all present at that event, despite the products still being in development at that time. Now that Tesla is moving closer to scaling production of the three vehicles, at least in the estimation of Musk, and the anticipated 15,000 attendees making their way across the world to Texas for the event, the automaker is surely going to stock up on surprises to make it worth their while.

What lies under each car cover is a mystery. The two Cybertrucks appear to be slightly different, which could indicate Tesla is planning to show its original and revised designs for the all-electric pickup at the event. Additionally, the Semi, which was expected to make its way to PepsiCo. early this year, is out in plain sight.

There also appears to be a next-gen Tesla Roadster under the gray car cover. Tesla has planned to get this vehicle to market for a few years now, with supply chain bottlenecks and the company’s focus remaining on its mass-market cars being the main contributors to the delays.

The Cyber Rodeo will take place tomorrow, and along with factory tours, there is expected to be a speech from CEO Elon Musk, who could give some additional details regarding Tesla’s plans for the factory. While we know Tesla is manufacturing Model Ys at the plant currently with plans indicating the Cybertruck and Semi will be produced there in the future, Musk could clarify Tesla’s exact plans for its newest plant.