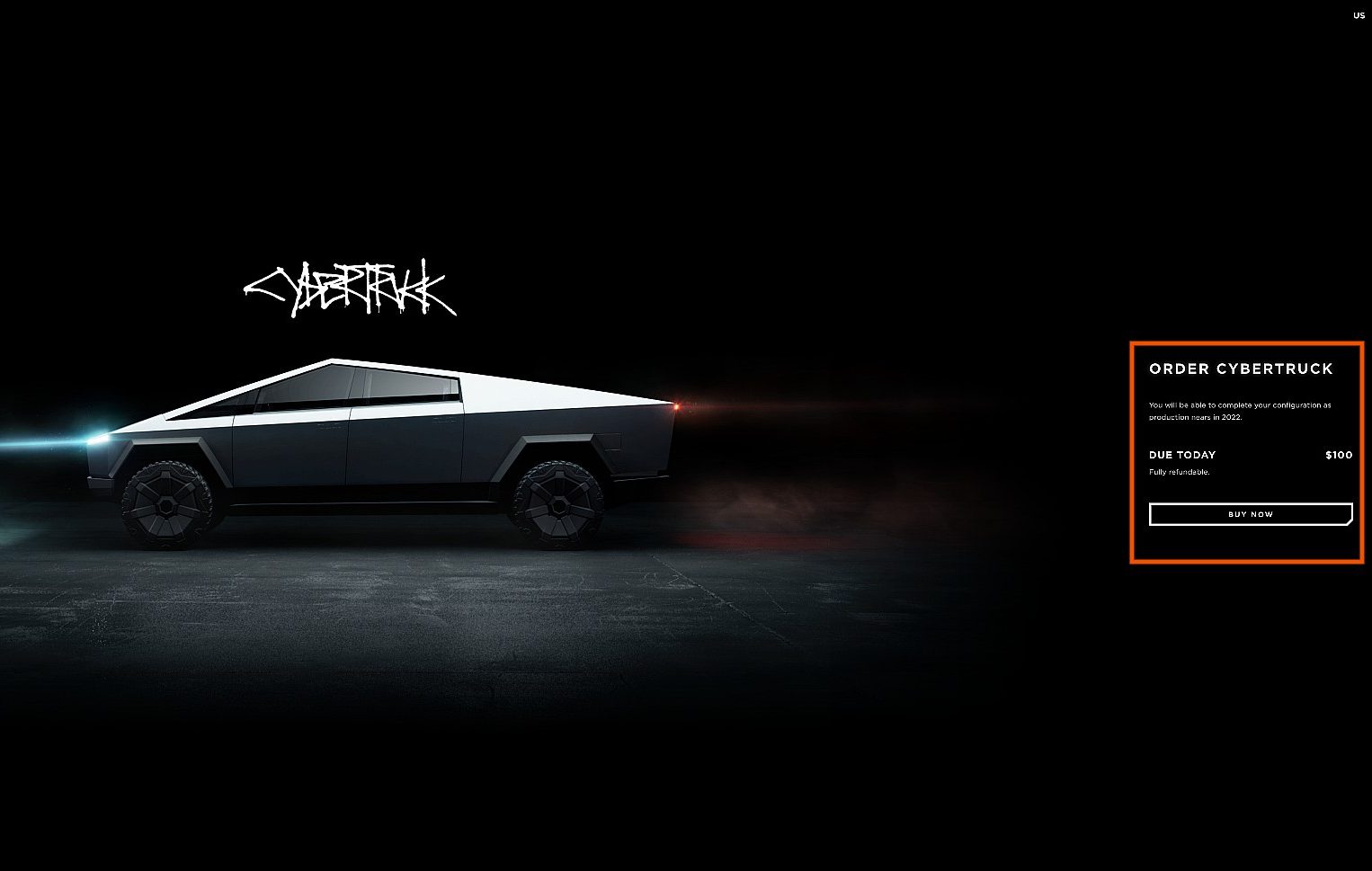 Tesla’s online Design Studio configurator for the Cybertruck has gone through a strange transformation. Last evening, Tesla removed any mention of the Cybertruck’s three variants, opting for a more straightforward “Buy Now” button that only allows you to place a deposit on the vehicle without choosing which configuration you want to buy.

In November 2019, Tesla unveiled the all-electric Cybertruck. Immediately following the event, Tesla owners and enthusiasts were able to put down $100 deposits for the vehicle, securing their position in the extensive Cybertruck ordering queue. Tesla had three variants of the Cybertruck: a Single Motor for $39,990, a Dual Motor for $49,990, and finally, the most robust Tri-Motor variant for $69,990. According to an online Cybertruck order tracker, the vehicle has already accumulated over 1.3 million pre-orders, making Tesla’s backlog for the vehicle extensive and spanning across several years of production efforts.

Tesla has now modified the Cybertruck order page, only giving a single “Buy Now” button that requires a $100 deposit. There is no longer any mention of the vehicle’s several variants.

Tesla has not released any details regarding the reason for changing the online configurator. Speculation points toward several reasons that include:

The Cybertruck has gone through several design modifications since its unveiling. During an interview, CEO Elon Musk told Joe Rogan that the vehicle would need to be reduced in size by around 3%. Perhaps Tesla could be making more changes to the design, although the company said the design was finalized.

Tesla recently changed the initial production date of the Cybertruck from late 2021 to late 2022. As Gigafactory Texas will be the site of Cybertruck production, the factory is still not yet completed. The Tesla Model Y will be the first vehicle produced at the facility anyway, which puts the Cybertruck on the back burner for the production agenda at the Texas factory.

Additionally, Tesla’s already overwhelming backlog of orders for the Cybertruck could be so long that the company is just allowing people to pre-order the truck in any form. It could ask pre-orderers to finalize their configuration as their production date nears.

The Tesla Cybertruck will be one of the first all-electric pickups on the road, following the Rivian R1T, the GMC Hummer EV, and the Ford F-150 Lightning.