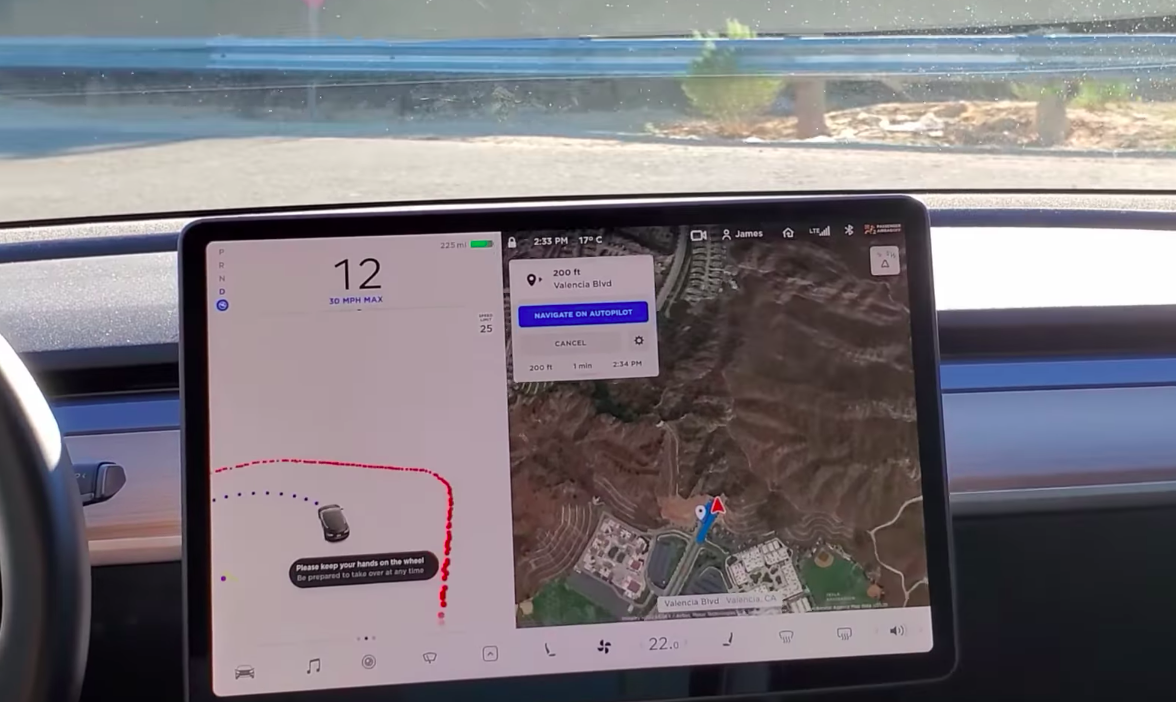 Tesla’s Full Self-Driving beta is capable of driving on inner-city streets, and since its limited release to select members of the company’s Early Access Program, the advanced driver-assist system has been exhibiting some impressive driving behaviors. Among these, as it turns out, is the ability to perform a smooth 180-degree forced turn.

FSD beta tester James Locke recently shared one of his most recent real-world tests, which involved his Model 3 navigating through a forced 180-degree turn. The test, which was held in Santa Clarita on Valencia Blvd near West Ranch High School, was conducted in a single afternoon, with no new software updates from the electric car maker. The Model 3 was running 2020.40.8.13, and needless to say, the results of the test were interesting.

In his first attempt, Locke’s Model 3 seemed to have detected the 180-degree turn in its driving visualizations, but the vehicle did not slow down properly. This resulted in Locke taking over his Model 3 as it navigated through the turn. Quite amazingly, these results were not repeated in the Tesla owner’s second attempt at the 180-degree turn. In its next try, the Model 3 slowed down as it approached the turn, allowing it to complete the 180-degree maneuver on its own.

Granted, the vehicle slowed down significantly during its second run. Despite this, it was still quite impressive to see how the Model 3, which just failed the maneuver a few minutes before, complete the turn without requiring driver intervention on its second try. A third attempt was even more impressive, with the all-electric sedan slowing down smoothly and the vehicle gliding over the turn in an almost humanlike manner.

The FSD beta’s behavior in Locke’s test almost made it seem like the vehicle was learning on the fly. However, members of the EV community have noted that on-the-spot learning for Tesla’s vehicles should not be possible at all, and that improvements to the neural network are only rolled out through updates from Tesla. This does seem to be the case in Locke’s recent video, as the Model 3 appeared to have detected a 55 mph speed limit in the first attempt, but not in its next tries.