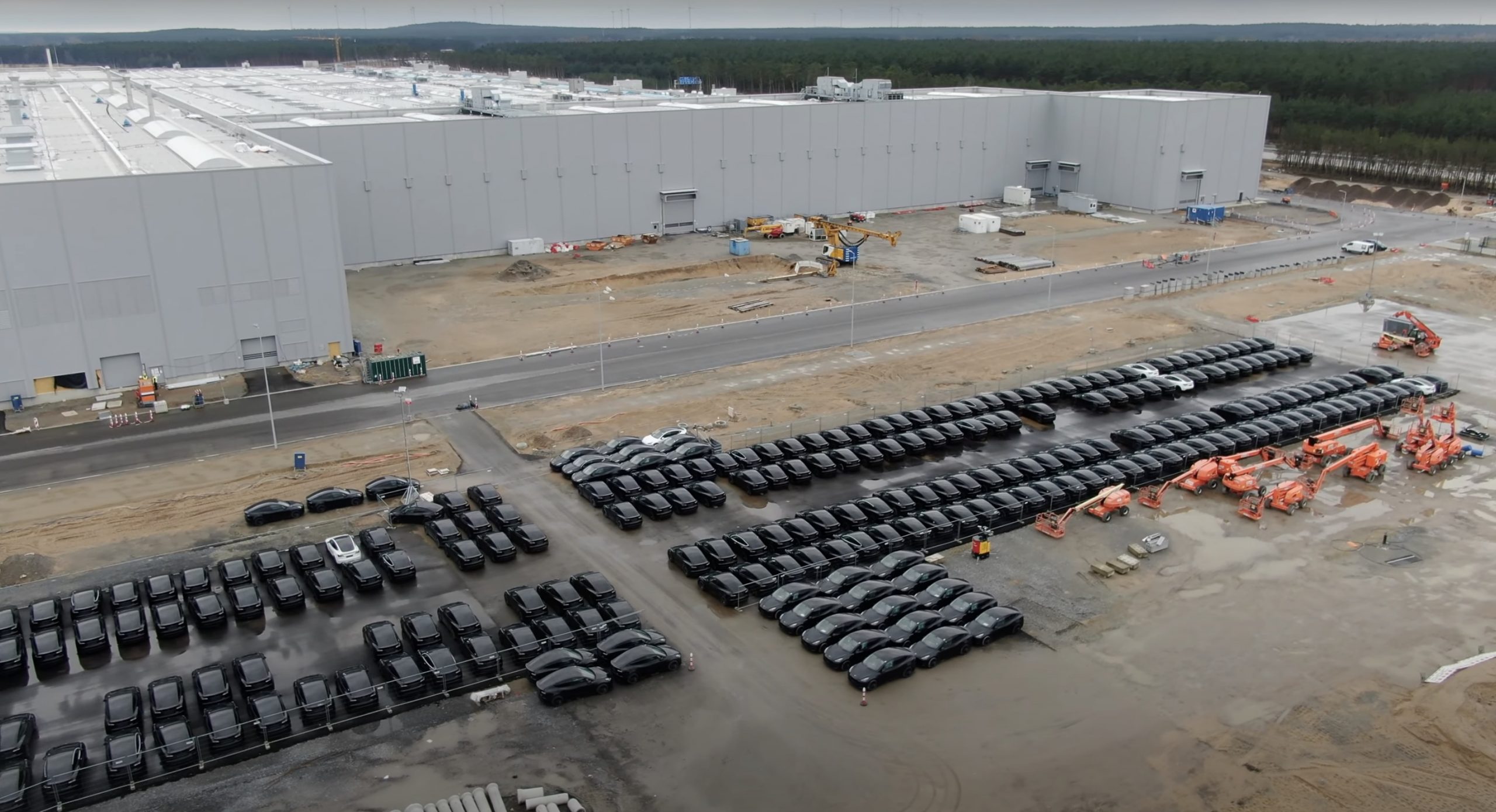 Recently, hundreds of Model Y vehicles were spotted at Tesla Giga Berlin. The sightings suggest that Tesla’s Gigafactory in Germany has refined the Model Y production process and will be more than ready to go once it receives its final permit from the State Environment Agency.

Drone operator, Tobias Lindh, was one of the first to spot Model Y vehicles at Giga Berlin. Based on the footage, Tesla’s German gigafactory has managed to produce a few hundred good-quality Model Y vehicles.

Most of the Model Ys spotted at Giga Berlin were black. A few of the vehicles were white. There have been no clear sightings of Tesla’s new paint colors in Germany yet—although there have been some sneak peeks under a tarp here and there. Elon Musk stated that Tesla Giga Berlin will have the most advanced paint shop in the past. The three new Tesla paint colors expected to come out of Giga Berlin are Deep Crimson, Abyss Blue, and Mercury Silver.

The Model Ys currently parked at Giga Berlin are probably not production vehicles since Tesla has not received its final permit from the State Environment Agency yet. According to local reports, Tesla Giga Berlin is expected to receive its full and final approval to begin production in mid-March.

The hundreds of Model Y vehicles spotted in the most recent video of Giga Berlin are likely test vehicles. Last month, the State Environment Agency issued an early permit to Tesla, allowing the EV manufacturer to produce 2,000 Model Y test vehicles. Tesla requested to produce more Model Y test vehicles because “the quality and manufacturing efficiencies required for system and unit acceptance in relation to the operating units mentioned have not been achieved.”