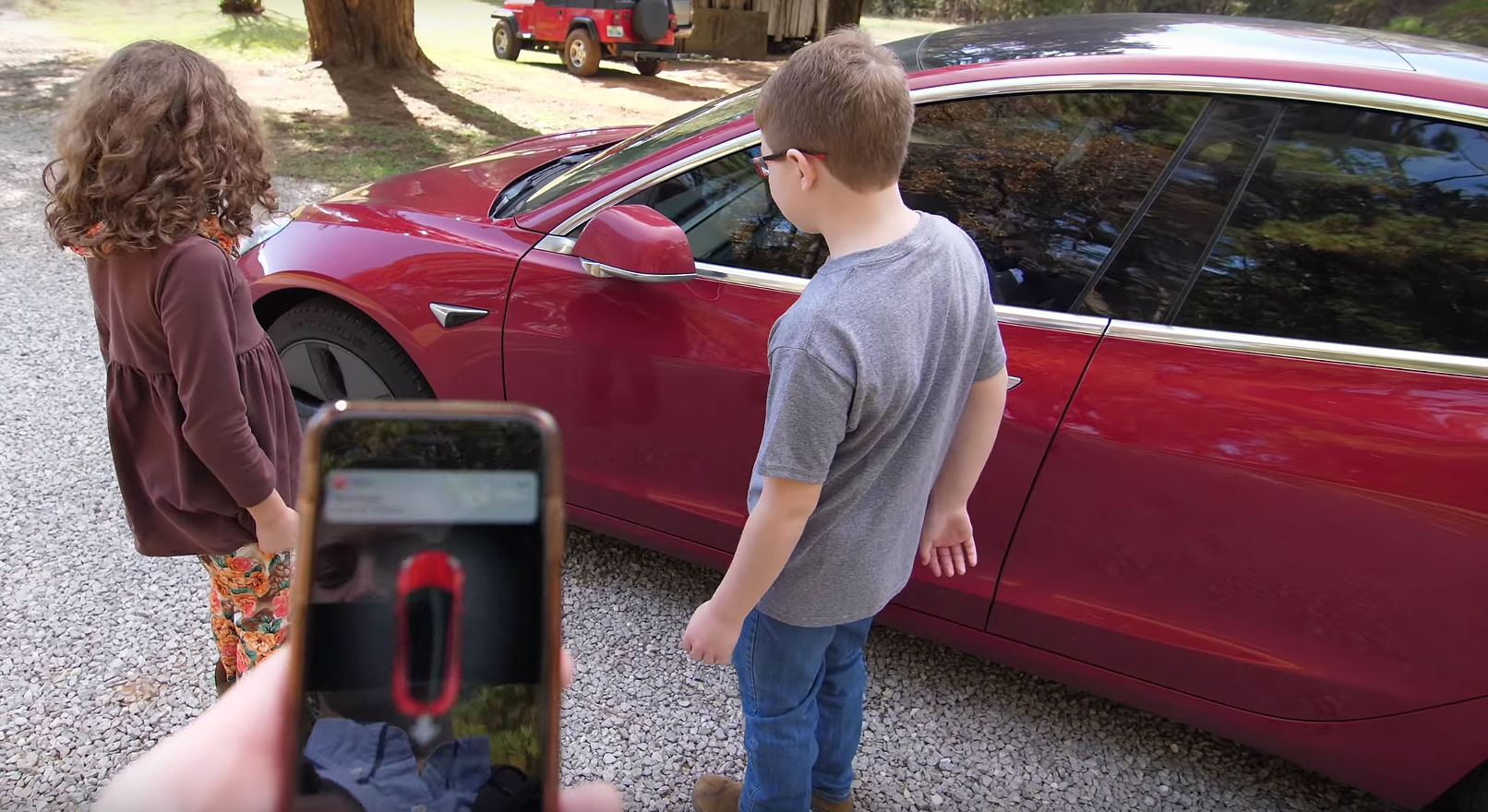 It is no secret that Tesla’s electric cars provide an experience that simply cannot be replicated by a vehicle equipped with an internal combustion engine. The silence of the drive, the instant torque from the electric motors, and the deep integration of software and hardware are but the tip of the iceberg in the list of things that separate Tesla’s vehicles from the cars of other automakers.

Being a new type of animal on the road, first experiences with Tesla’s electric cars are always memorable. More often than not, longtime Tesla owners would be able to narrate — from start to finish and in great detail — the first time they rode or drove one of the company’s creations. Most of the time, there is a lot of excitement involved, as unique features and the unique advantages inherent in an electric vehicle are felt for the first time.

This excitement was perfectly captured in a reaction video posted by Tesla Model 3 owner and YouTuber Andy Syle, who recently gave his niece and nephew a firsthand experience in his electric sedan. Andy showed some of his Model 3’s functions to the kids, such as Summon, Autopilot, its instant torque, as well as the car’s fun Easter Eggs. Needless to say, the entire video was quite adorable, as the kids interacted with what could very well be a car that would carry the passenger sedan over to the age of EVs.

What is particularly notable about the Model 3 owner’s video was how well the kids took in each of the car’s features. When Andy was demonstrating Autopilot, for one, his nephew immediately understood how the driver-assist function, while seemingly driving the vehicle on its own, is more of an advanced version of cruise control. The practical uses of Summon, as well as capabilities connected to the vehicle’s software, were also taken in by the kids without any degree of skepticism.

While undoubtedly an adorable video, Andy’s YouTube upload also teases one significant thing that bodes well for Tesla — these kids are future car buyers, and their impressions of the Model 3 were overwhelmingly positive. In the future, when they are purchasing their first vehicle, there is a very good chance that they would look for a one that is just as clean, just as powerful, and just as tech-integrated as Tesla’s electric cars.

Elon Musk dubs the Model 3 as a “bet-the-company” vehicle, a car that could determine Tesla’s success or failure. So far, though, the car has been performing well in the United States and Canada, and with manufacturing issues ironed out, other regions such as Europe and China are set to start receiving the Model 3 in early 2019. The Model 3 is only being offered in three variants, but the vehicle is already shaking up the United States’ passenger car industry. Meanwhile, the Model 3 Performance, the electric car’s top-tier variant, is challenging the upper echelons of Europe’s high-performance sedan market.

Perhaps the most disruptive variant of the Model 3, though, is one that is yet to be produced. Tesla intends to offer a base Model 3 that starts at $35,000. That’s a car loaded to the teeth with tech, starting at a price comparable to a top-tier Toyota Camry. When that vehicle comes out, there is a pretty good chance that the passenger car industry would be shaken to its roots unlike ever before.

Watch Andy Syle’s Model 3 reaction video in the video below.