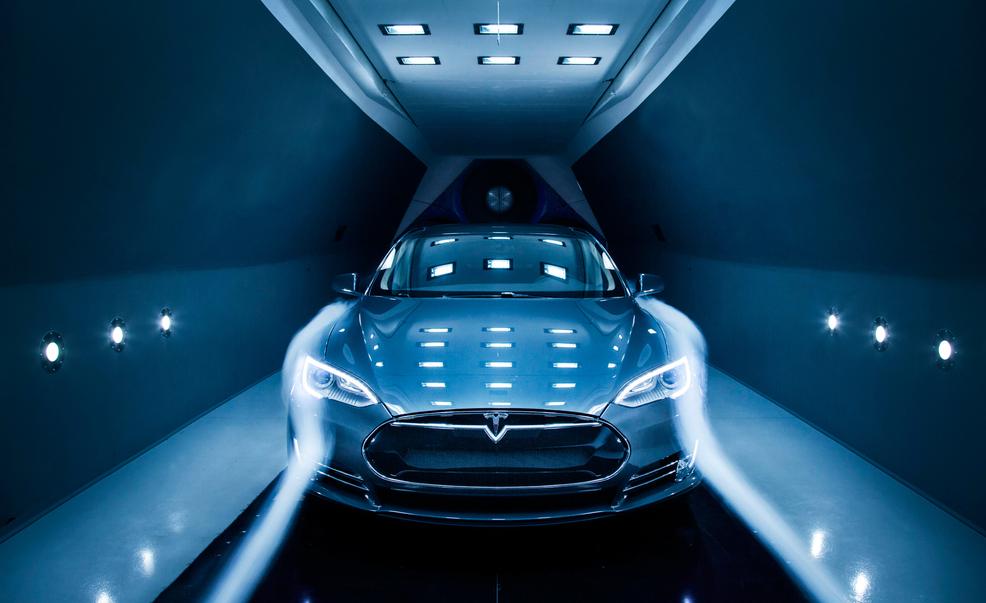 The Tesla Model S is known to have one of the lowest drag coefficients (the ratio of drag on the body moving through the air to the product of the velocity and the surface area of the body) of any car on the market to date. A wind tunnel test earlier this year by Car and Driver declared the Model S to be the “slipperiest” car on the road largely because of its sleek contours, flat underbelly design and its ability to auto-lower ride height at highway speeds, thereby further reducing airflow beneath the car and improving aerodynamics. Better aerodynamics results in less wind drag and further translates to less energy being used when pushing the car through the air. This begs the question:

How much energy savings is realized when driving the Tesla Model S using a ‘low’ air suspension setting versus the ‘normal’ ride height?

Bjørn Nyland of YouTube notoriety compares the Model S energy usage when driving under different air suspension ride heights. Bjørn disclaims that all tests were performed on the same night, as a way to minimize weather variations, and performed across a fixed distance with near constant speed of 100 km/h (62 mph) and 130 km/h (80 mph). The results may surprise you.