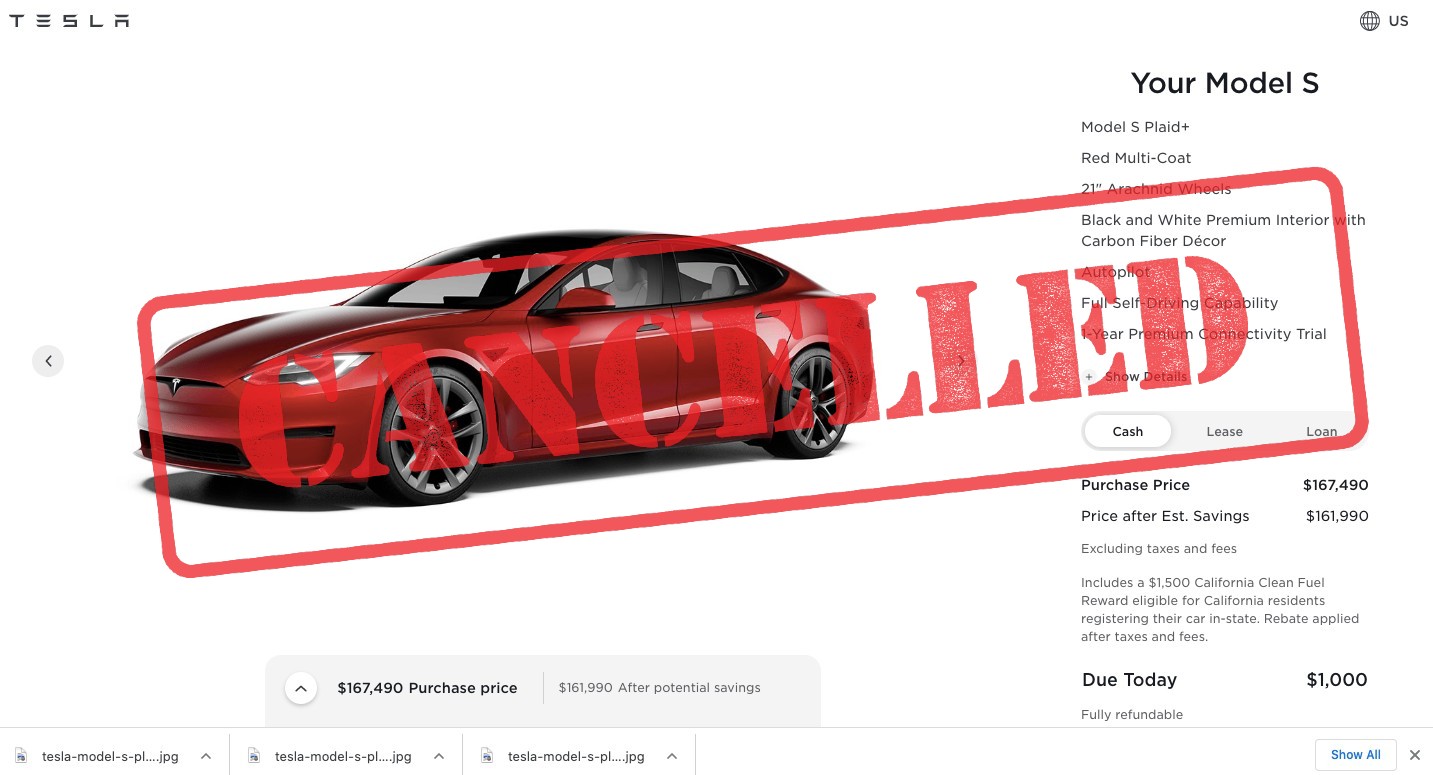 Tesla CEO Elon Musk has announced that the automaker will not produce the Plaid+ Model S.

Earlier this year, Tesla announced that it would release the Plaid and Plaid+ Model S and Model X vehicles, a refresh to its two flagship vehicles.

Originally planned for February deliveries, the Plaid Model S has been pushed back several months and will finally be delivered later this week. The Plaid+ Model S wasn’t supposed to be produced until mid-2022, according to Tesla’s online Design Studio.

However, Elon Musk has just announced that the speed and performance in the Plaid Model S is “just so good” and that Tesla won’t produce the Plaid+ variant of the sedan.

Plaid+ is canceled. No need, as Plaid is just so good.

The Plaid+ variant was expected to have a top speed of 200 MPH, just like the Plaid variant. However, the Plaid+ offered better acceleration at less than 1.99 seconds from 0-60 MPH and over 520 miles of range, well above the 390 miles that the Plaid Model S offered.

Before incentives, the Plaid+ Model S was listed at $149,990. In May, Tesla officially stopped taking orders for the Plaid+ with no real explanation.

Earlier this week, it was announced that the Plaid Model S broke the production vehicle record for the 1/4-mile, with a top speed of 152.09 MPH, completing the split in 9.247 seconds. This broke the quarter-mile record that the Bugatti Chiron Sport set in 2018. The Bugatti completed the 1/4-mile in 9.4 seconds with a speed of 158 MPH.

With that kind of performance, Tesla may not really think it has much more to accomplish, especially as the Plaid Model S has been undergoing small changes and adjustments, according to Musk, who said that was the reasoning for delivery delays. Additionally, the automaker will release the Tesla Roadster in 2022, with Musk stating that Tesla could release a production model by the end of this Summer.

It’s unfortunate for the people who pre-ordered the Plaid+ Model S, but the Plaid variant seems to have an amazing track record in terms of performance. Therefore, there may not be any need to make the vehicle any faster.

Tesla will deliver the Model S Plaid at a dedicated delivery event on June 10th at the Fremont Factory, which the automaker has started sending invitations for this weekend.