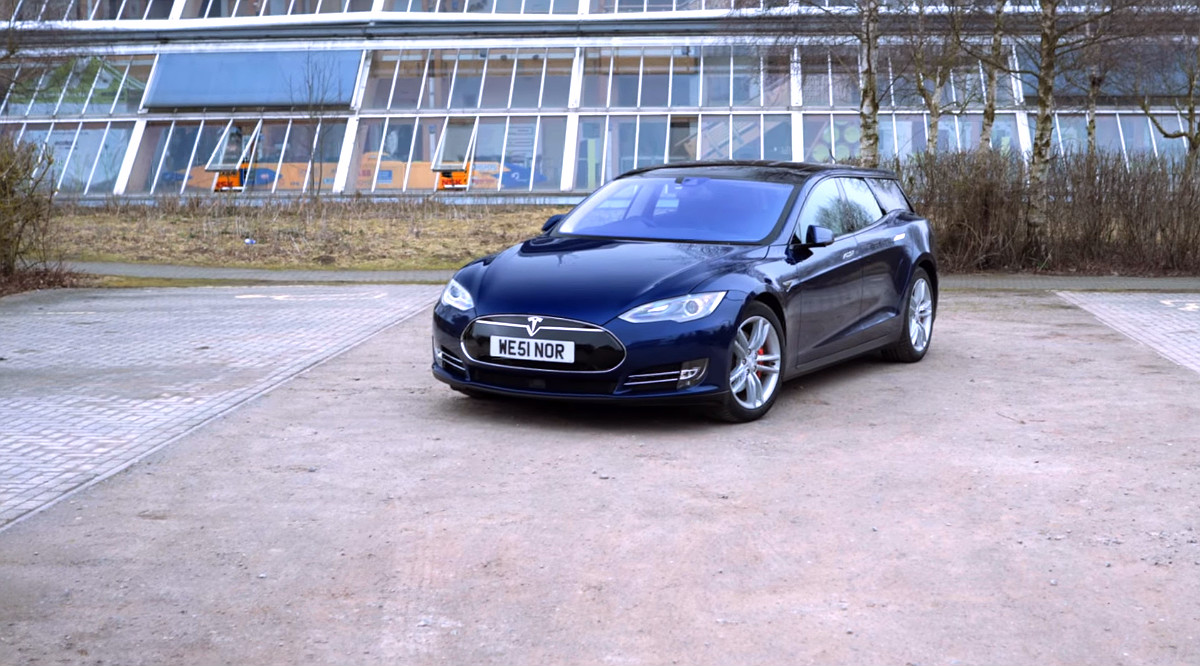 Being the only one of its kind on the road, Qwest Norfolk’s Tesla Model S Shooting Brake is a class on its own. Fitted with custom bodywork that transformed the fastback-style Model S into a true wagon, the modded electric car is a sight to see. As revealed in a new video from the Fully Charged team at YouTube, however, there is more to the vehicle than meets the eye.

The Shooting Brake modification to the Tesla Model S’ bodywork was the result of extensive work that involved creating and bonding a carbon fiber rear body and glass roof to the electric car’s aluminum frame. Thanks to the carbon fiber, Qwest Norfolk’s Shooting Brake is actually 12 pounds lighter than a conventional Model S. The vehicle’s wagon-type rear also added 7.4 cubic feet of space to the back. 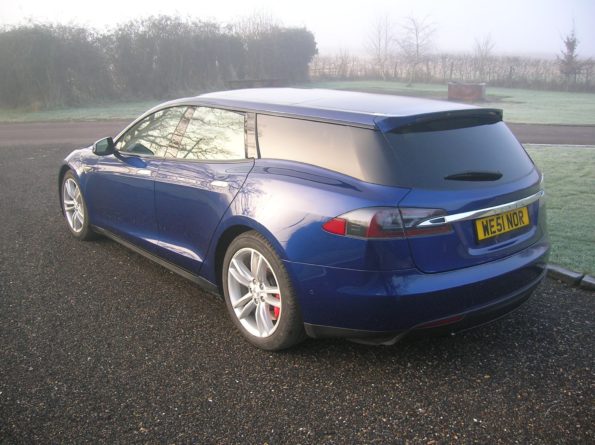 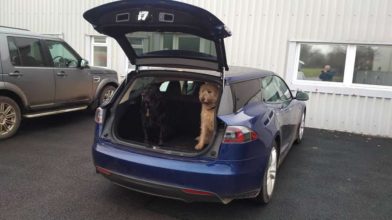 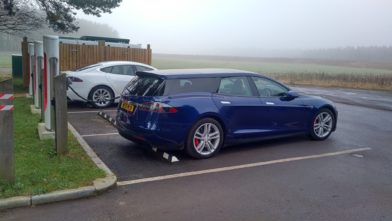 In their latest video about the car, YouTube’s Fully Charged team dropped several key information about the vehicle. For one, it was revealed that despite the vehicle’s entire rear getting completely cut up, Tesla opted to keep the Model S’ warranty intact. The YouTube hosts took particular notice of this, stating that very few carmakers in the market would keep a vehicle’s warranty after such an extensive modification is performed. Dr. Dorian Hindmarsh, a veteran in the automotive industry and co-founder of Qwest, even noted that during visits to the service center, Tesla staff would study the car to figure out how the modification was done.

The hosts also covered the Model S Shooting Brake’s tricks, including its rear window wiper with intermittent speed controls. It was also mentioned several times in the video that after the conversion, the electric car sounds rather different, possibly even quieter to some degree.

After a test drive on the vehicle, the Fully Charged hosts conversed with Dr. Hindmarsh about the costs the Shooting Brake conversion. According to the Qwest co-founder, the upgrade cost starts at $84,000 for now, though the company expects the price to go down as more orders are filed. The Shooting Brake conversion also takes around 10 weeks to complete. As an added bonus, Dr. Hindmarsh stated that in the spirit of classic Shooting Brakes, a wood body-paneled version of the modified electric car would be available as well.

For now, Qwest’s Tesla Model S Shooting Brake is still the only one of its kind, but that might change soon, as Qwest has already received serious inquiries from potential customers in the United States and Europe.

While Qwest might be the first company to release a road-worthy electric station wagon, RemetzCar, an aftermarket customizer from the Netherlands, is also attempting to make its own electric estate. ARES Design, a luxury car tuner from Italy, is also working on a Model S Shooting Brake, which the company estimates will cost between $247,000 to $309,000.