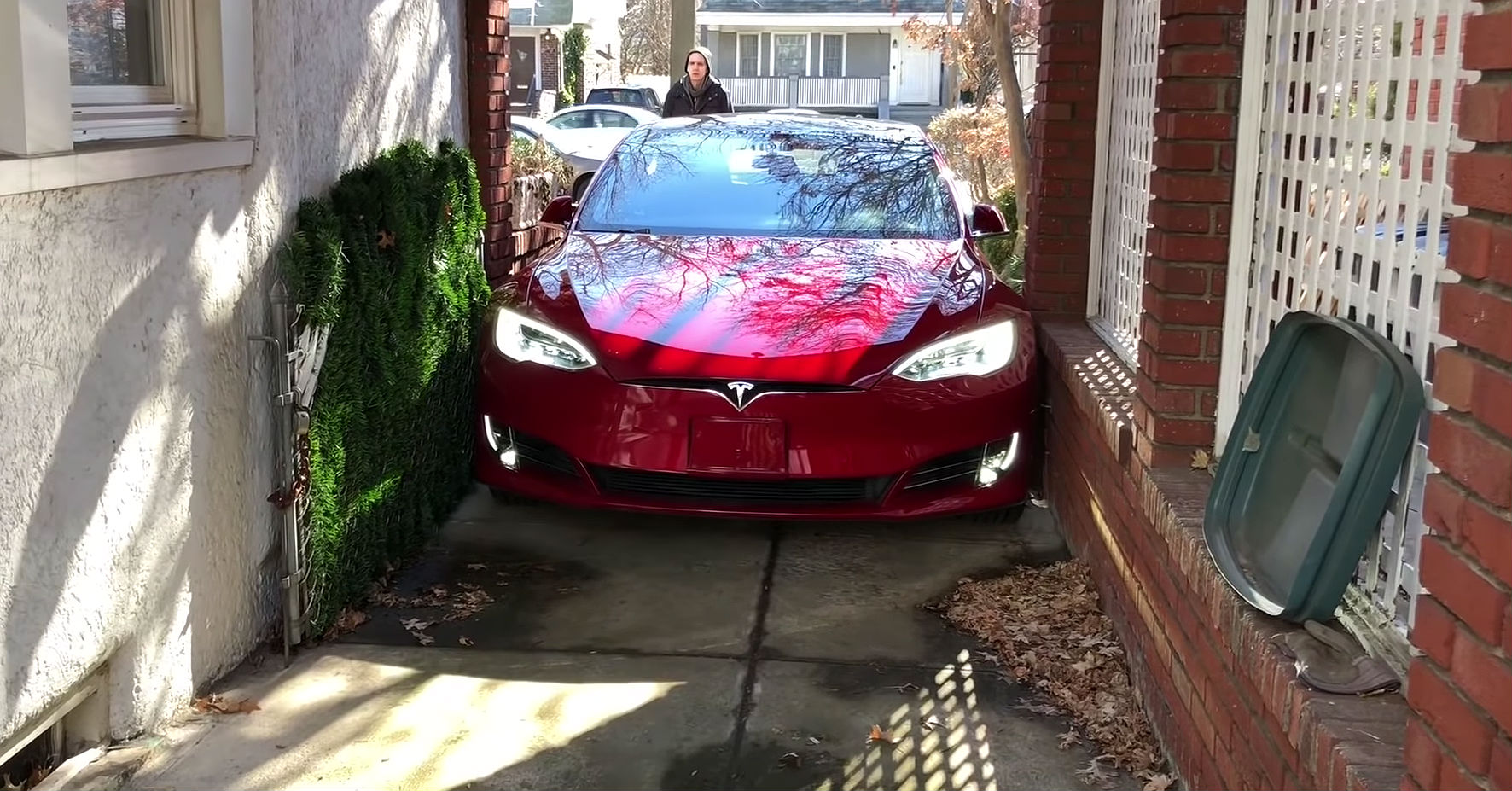 Tesla’s Summon is an Autopilot convenience feature that allows owners of the electric car to command the vehicle from an app to move forward and backward, including parking itself into spaces that are quite narrow. As this Model S Summon video shows, the feature can still park like a champ even in ridiculously narrow areas.

The Model S in the video was a test drive unit from Tesla Brooklyn, according to Alex Bell P., who uploaded the clip. According to Alex, the electric car took three tries before it actually attempted to navigate itself to his super narrow driveway. As it turned out, the vehicle was capable of fitting into the parking spot, though the entire process was undoubtedly a nail-biting experience.

The rather terrifying, sweat-inducing Summon video aside, the short clip does show the electric car detecting and avoiding the walls of the narrow space during the parking sequence. The vehicle did stop midway because it detected a trash can in front, but when the object was moved, the car finished its parking maneuver. In the end, the vehicle was only a couple of inches or so away from the wall, but it did park itself without scraping its sides.

It should be noted that this video is not in any way an ideal use of Summon. According to the Model S’ Owner’s Manual, parking in narrow spaces limits the ability of the vehicle’s sensors to detect the location of obstacles, thereby increasing the risk of damage to the Model S, or surrounding objects for that matter. Thus, inasmuch as Alex’s Summon video is quite entertaining to watch, he actually ran the risk of damaging the electric car by attempting such a tricky parking maneuver through the feature. Even a slight nudge in the steering wheel during the parking sequence, after all, could have caused some nasty scrapes on the Model S’ otherwise flawless bodywork.

Tesla has recently released Summon for the Model 3, making the convenience feature standard for all its vehicles equipped with Enhanced Autopilot. As could be seen in our previous report, the Model 3’s Summon capabilities are quite refined, with the car even adjusting its steering in order to park with the perfect amount of clearance on both sides.

Earlier this year, Elon Musk also teased some interesting new developments for Summon. In an update on Twitter, Musk noted that a “way more advanced” form of the self-parking feature would be rolled out for Model S & X that are equipped with HW2 Autopilot and all Model 3. Musk did not elaborate what exactly constitutes the feature’s advanced functions, but expectations are high among the Tesla community that it could pertain to Smart Summon, a feature teased in the company’s Enhanced Autopilot page. According to Tesla, Smart Summon would enable vehicles to maneuver around objects towards a target location.

Here’s the video of the Model S parking itself in a frighteningly narrow parking spot. Do watch with warning.