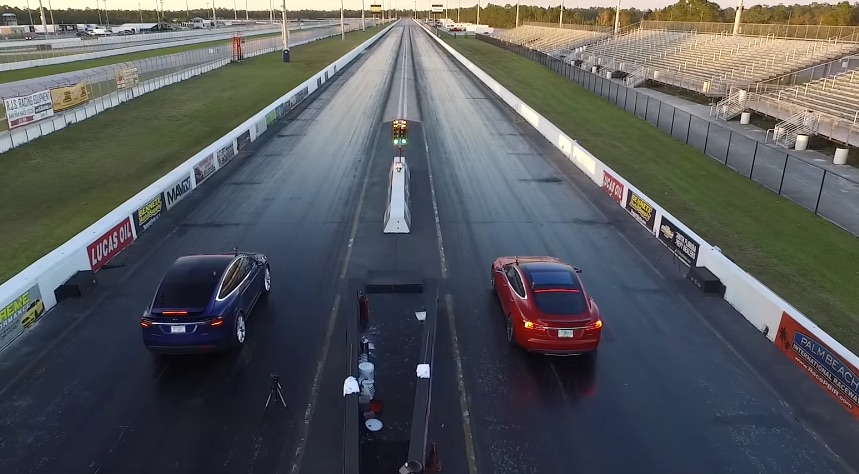 It’s the showdown that no one expected. Tesla versus Tesla. Ludicrous versus Ludicrous. Model X versus Model S? In a drag race?

This drag race makes for a particularly interesting battle because both vehicles share the same dual motor configuration, and also equipped with Tesla’s highest level of performance, the $10,000 Ludicrous option. The Model X P90D Ludicrous is capable of turning out a 0-60 MPH dash in 3.17 seconds and can out accelerate an Insane Model S P85D to 100 MPH, but how does the taller stance and heavier curb weight fare against a similarly equipped P90D Model S?

To make the drag race even more interesting, Brook’s wife is behind the wheel of the Model X and she’s never raced down a 1/4 mile drag strip before.