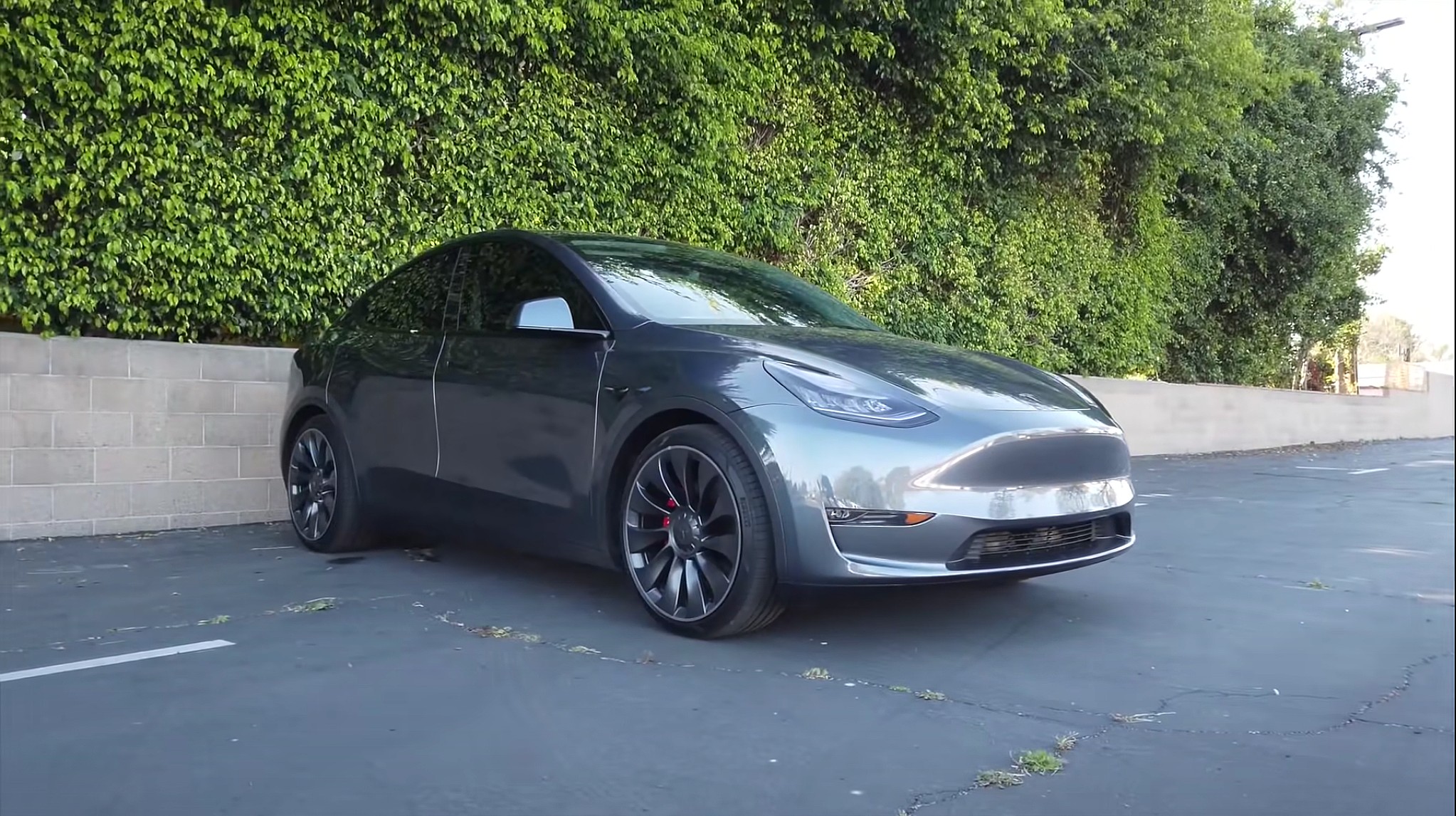 Tesla electric vehicles are some of the quietest cars on the market due to their lack of combustion engine parts. While electric cars are particularly quiet to those outside of the vehicle, it is not the same scenario for those who sit inside the cabin. Interestingly, some EVs and Hybrid vehicles on the market have excessive cabin noise, which comes from air and wind that bounces off the outside of the car during operation.

However, Tesla has worked to combat these noise issues by offering more robust insulation and better liners on doors and windows. Some third-party manufacturers have also developed aftermarket kits for noise-deadening. Tesla has taken it a step further, it seems, by adding a double-paned glass design to recent builds of the Model Y.

Reddit member u/OrbitalATK of the r/TeslaMotors subreddit took delivery of a new Model Y yesterday. It seems one of the first things he noticed was the double-paned glass, which hasn’t been on previous builds of the all-electric crossover.

“Model Y’s are starting to come with double-pane windows (VIN upper 63K delivered yesterday),” their post said in the subreddit.

In October 2019, CEO Elon Musk was confronted about cabin noise issues with the Model 3. A Model 3 owner pointed out that his vehicle’s noise was excessive and had the data to prove it. A test from Bjørn Nyland, a popular Tesla content creator, showed the Model 3 ranked in the bottom 50% of an extensive test to see which vehicles had the best cabin noise ratings.

However, Musk and Tesla were aware of the noise and stated that the car’s production models built in October 2019 and after had been equipped with “significantly improved” cabin noise combatants.

How Tesla improved the design isn’t known, but higher quality builds and a more robust liner buildout along the windows and doors seem to be the most logical solution. Additionally, Tesla had designed an acoustic tire that specifically was designed to reduce interior cabin noises.

Double-paned glass windows are certainly a great strategy to use when combating the sounds that come naturally from wind and road noise. A commonly used tactic in some of the most luxurious cars like Mercedes-Benz Maybachs, it is also used by Ford in some of their more popular cars, like the Explorer and Taurus.

Nevertheless, Tesla continues to use customer suggestions to improve the performance of their cars. While the cabin noise issues have been overly stated in the past, there is still plenty of work to be done when talking about avoiding the sounds. However, more strategies are being implemented in Tesla’s cars, but it is unknown if these adjustments will be made to builds of the Model 3.