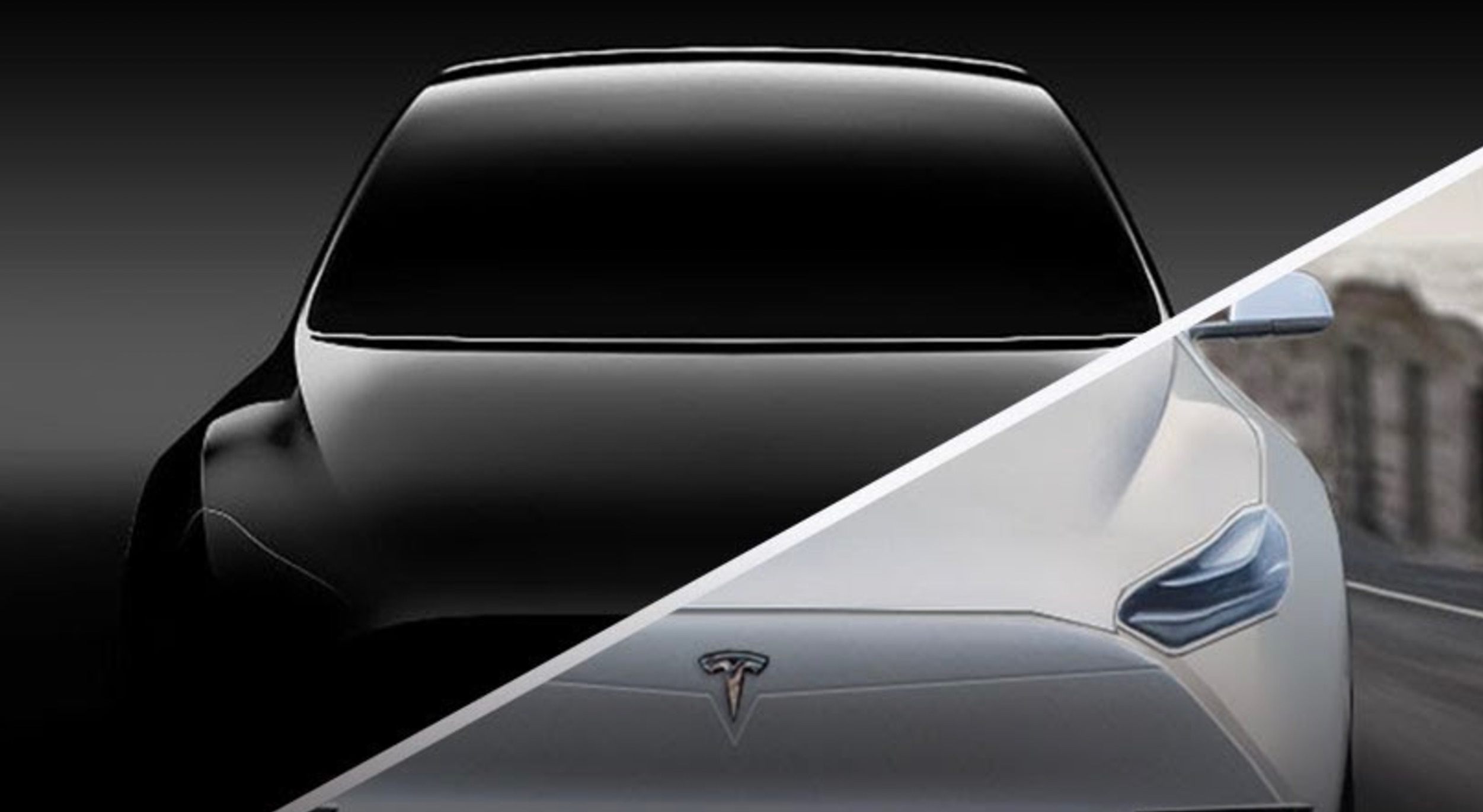 Graphic artist Jan Peisert of Peisert Design dreamed up his own interpretation of the Model Y, after Tesla CEO Elon Musk revealed the first teaser image of the electric compact SUV at the company’s recent 2017 Annual Shareholder meeting.

Peisert built upon Tesla’s shadowy Model Y rendering using Photoshop. Referencing a photo of a silver Model 3, the digital artist seemingly invokes magic through a sequence of Photoshop tweaks and tricks that merged a Model X’s flared stance and Model 3’s front fascia before arriving at a beautiful rendition of a Model Y. And it was all captured in a time-lapse video we embedded below.

Peisert was not willing to evolve along with Tesla and opted to add mirrors back to the car which keeps it in line with Tesla’s current offerings, but abandon’s Tesla’s optimistic outlook for a mirrorless future. Tesla has stated plans to have fully approved autonomous driving technology on roads in 2-3 years, or around the timing of the release of Tesla Model Y. If that is the case, mirrors, steering wheels and pedals would all be non-value add relics that help cut weight, lower the cost of production and improve the utility of the vehicle.

The Tesla Model Y is expected to be the next production vehicle Tesla releases after the Model 3. Musk shared at the annual shareholders meeting that Tesla will invest much less in Model Y compared to Model 3, noting “I’m confident that we could drop cap ex by a factor of 2 from Model 3 to Model Y.” That statement comes on the heels of the announcement that Model Y will not reuse the Model 3 platform. Model Y will be built on its own dedicated platform and from its own dedicated factory.

Tesla is expected to deliver the first Model Y in 2019. The bold company vision and its CEO’s propensity to execute is what propels the company’s stock price to new heights. According to renown billionaire investor Ron Baron, Tesla is expected to cross $500 a share next year and reach as high $1000 per share by 2020.