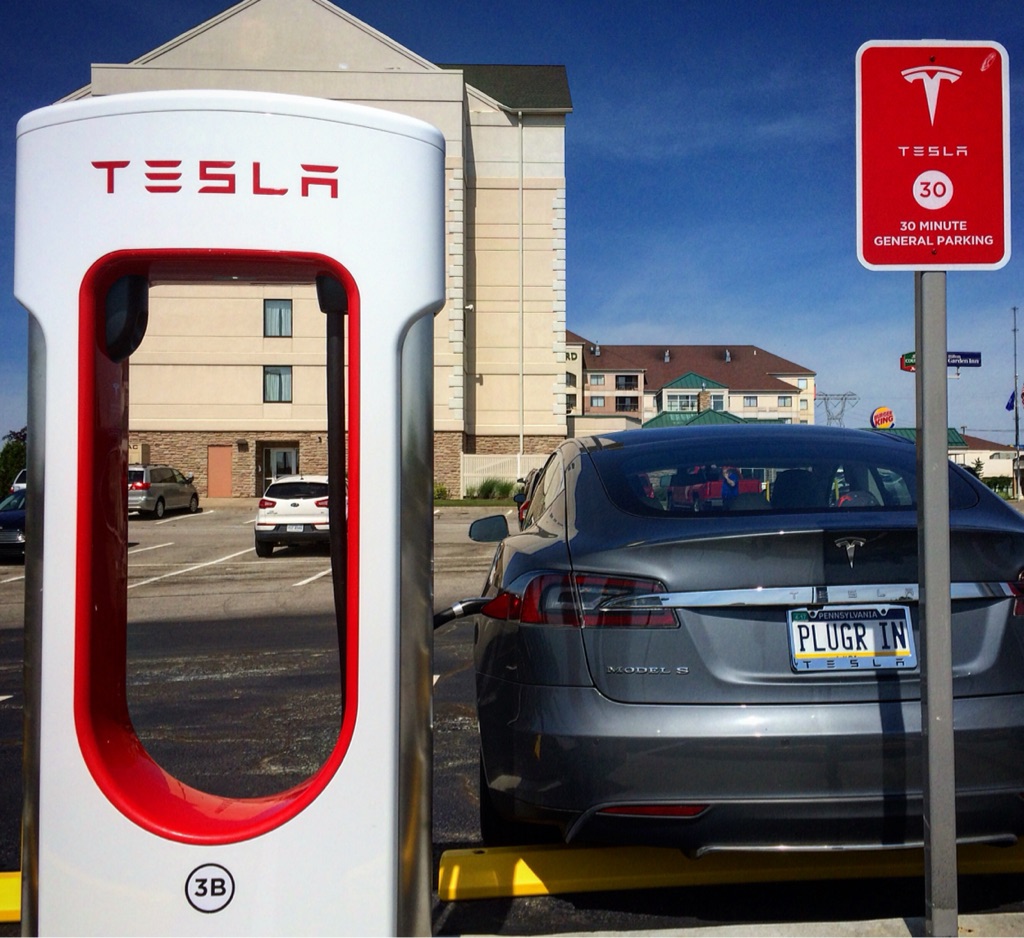 Ruby Tuesday announced that it has partnered with Tesla to install a series of Supercharger stations across its restaurant chain. David Skena, chief marketing officer for the the popular American family sit down said, “We’re thrilled to partner with Tesla Motors to offer our guests a place where they can charge their Tesla vehicle while enjoying a delicious meal,”. “Expanding the Supercharger network to include Ruby Tuesday is good for both Tesla owners and our restaurants alike. We look forward to deepening our relationship with Tesla and opening additional Supercharger Stations in Ruby Tuesday markets around the country in the near future.”

The restaurant chain is no stranger to working with Tesla having previously opened its first Supercharger station at the Ruby Tuesday location in Miner, Missouri (map). The location represents a much needed charging location for Tesla owners looking to travel between Nashville and St. Louis.

Tesla’s partnership with Ruby Tuesday will provide mutual benefit for both companies. With more than 700 restaurants in the US, Ruby Tuesday can potentially allow Tesla to fast-track the scale out of its DC fast-charging Supercharger network. At the same time, Tesla owners can bring additional business to the restaurant chain when dining in and waiting for a charge. Today’s announcement comes after reports of Tesla looking to install its Superchargers at gas stations. With Tesla aiming to produce 500k vehicles in 2018 and 1 million by 2020, the company has said it will double the number of Superchargers and quadruple the number of destination chargers in order to support its growing customer base and the upcoming production of its mass-market Model 3.

Superchargers are strategically placed in locations to allow Tesla owners regardless of battery pack size to drive long distances without having to worry about range. Though Ruby Tuesday has not indicated the locations for future Tesla Supercharger stations, today’s announcement follows a trend with local businesses supporting the popular electric vehicle maker and energy company by enabling charging facilities on their properties.

Feature photo of the Tesla Supercharger in Erie, PA courtesy of TeslaPittburgh