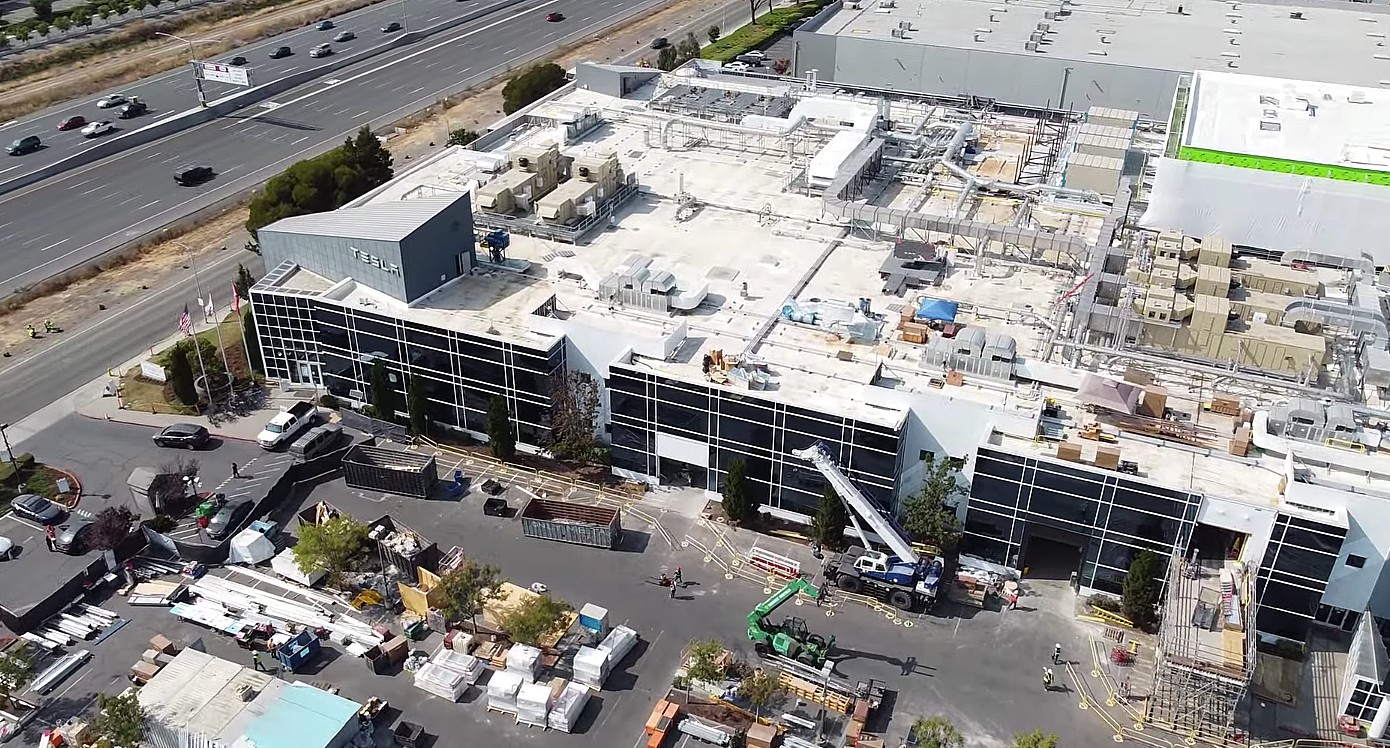 Tesla ‘Roadrunner’ site is getting cleaned up ahead of Battery Day

Tesla’s Battery Day is only a few days away, and as the event draws closer, it appears that the electric car maker is starting to make its “Roadrunner” site as presentable as possible to its visitors. As could be seen in a recent drone flyover of the pilot battery cell production site, the surroundings of the Kato Road building are now being cleared of materials and equipment, likely in preparation for Battery Day.

The Kato Road facility holds one of the most highly-anticipated segments of the upcoming Battery Day event. During the event, Tesla is expected to discuss the work that it has been doing with its battery tech over the years. Much of these developments have been heavily speculated, with reports indicating that Tesla will be discussing the development and capabilities of its next-generation cells, which could last a million miles on the road or decades if used as energy storage units.

But beyond these discussions, Battery Day will also involve a tour of Tesla’s “Roadrunner” site, which is located in Kato Road, close to the Fremont factory. The full details of the “Roadrunner” site have not been discussed by Tesla so far, though reports and filings about the site have suggested that the location holds the pilot production line for the electric car maker’s own custom-designed cells.

Interestingly enough, a recent leak reported in EV publication Electrek hinted at what the “Roadrunner” battery cells could possibly look like. Images leaked to the publication featured a rather hefty cell that is far larger than the 18650 and 2170 batteries being used by Tesla in its existing electric vehicle lineup. Observations and basic analyses from Tesla community members with a background in battery technology have pointed to the “Roadrunner” cell potentially adopting a 54×98 form factor.

If these speculations are accurate, Tesla may be going for complete EV domination with its next-generation batteries. Battery cells that adopt the 54×98 form factor hold about 10 times the volume of a 2170 cell, and according to Jordan Giesige of The Limiting Factor channel on YouTube, this presents several advantages for the electric car maker. With the larger cells, for example, Tesla could equip its vehicles with an order of magnitude fewer cells than before, resulting in massive savings in production costs.

These speculations will likely be proven or debunked this coming Battery Day, which is scheduled for this coming Tuesday, September 22, 2020. Regardless of this, however, the Kato Road facility is poised to get even busier in the near future. As noted in filings to the City of Fremont, the “Roadrunner” site will be housing 45 research and development employees and up to 425 manufacturing workers that are spread through several shifts from Monday to Friday. This should make the “Roadrunner” facility humming along nicely, and perhaps even producing enough cells for low-volume vehicles like the Plaid Model S, Plaid Model X, and the next-generation Roadster.

Watch a recent flyover of the “Roadrunner” facility courtesy of Tesla community member Gabeincal in the video below.

Tesla ‘Roadrunner’ site is getting cleaned up ahead of Battery Day