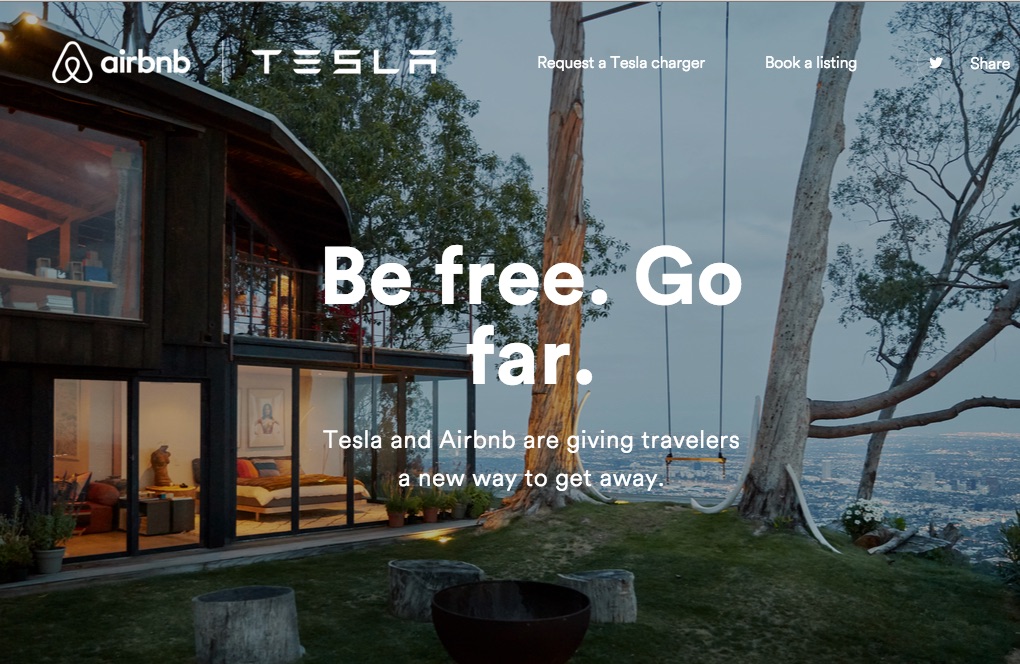 Tesla has teamed up with Airbnb to further reduce range anxiety. Up to 100 Airbnb locations in the US will have Tesla chargers installed for their guests.

If there is one word that sums up Tesla, it is “proactive.” The company never stops looking for ways to burnish its brand by anticipating future needs and reacting to them today. Even though its Range Assurance and Trip Planner programs make it nearly impossible for a Tesla driver to run out of battery power, good enough is never good enough for Tesla.

Now Tesla and Airbnb have forged a partnership that will see Tesla chargers installed at select Airbnb homes. The new service will provide Tesla roadtrippers with the added convenience of having a destination charger, while driving business to hosts that own luxury homes in some of the most desirable vacation locations within the Airbnb portfolio.

“Together, we’re building a world with no limits to how far you can travel and how you get there. From remote deserts to lush forests, we’re unlocking highways, backroads, adventures and unique homes.”, writes Airbnb as it announced its partnership with Tesla on its website.

Tesla will begin by selecting a minimum of 100 Airbnb hosts in the US. To be eligible, hosts must list an entire home, have had more than five bookings, and have an average rating of 4+ stars. The selected properties will receive the $750 Tesla HPWC free of charge, but will have to pay their own installation costs, which can range between $200 to $900 depending on the layout of the house. Renters who use the Tesla chargers will also be required to pay an additional $10 per night to offset the utility cost. The suggested $10 a night charging fee seems a bit of an overreach, considering the least expensive rental costs $475 per night, according to the Airbnb map. There are 12 properties with Tesla chargers currently listed, but Tesla hopes to expand the program to Airbnb locations around the world.

Has any other electric car competition thought of anything like this? The Tesla Airbnb partnership shows once again that Tesla is years ahead of its rivals. As usual.