The Boring Company has published its tunnel map of Los Angeles

Tesla CEO Elon Musk and visionary for The Boring Company has published the first images of a proposed tunnel map for Los Angeles. Two routes, color-coded in red and blue, reveal a “Phase 1” 6.5-mile tunnel that aims to connect an area of Los Angeles by SpaceX’s headquarters in Hawthorne with nearby Culver City, and “Phase 2” expansion routes that extend to the greater Los Angeles region.

The first route, outlined in red on the Boring Company’s tunnel map, is intended to be a proof-of-concept and will not be used for public transportation, says the company.

“The Boring Company has filed an excavation permit application. Phase 1 would include the construction of a 6.5-mile proof-of-concept tunnel through Los Angeles and Culver City” reads the tunnel map description on the company’s website. The tunnel will initially be used for construction logistics verification, system testing, safety testing, operating procedure verification, and line-switching demonstrations. 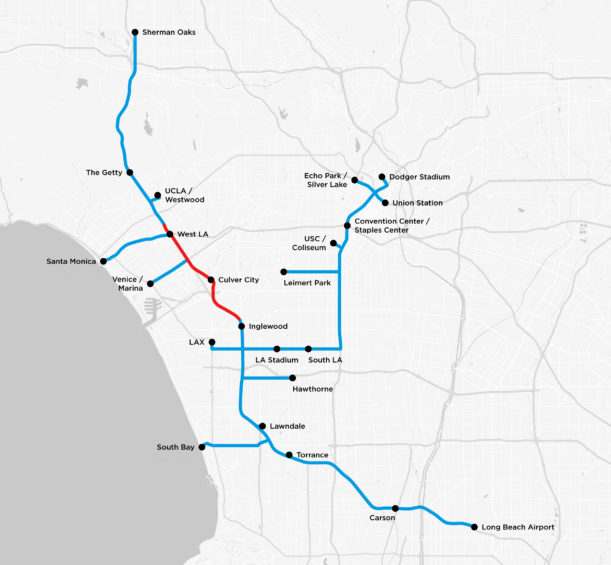 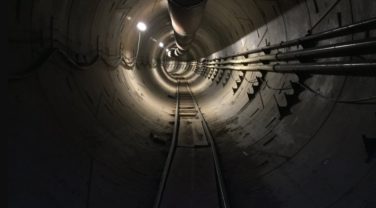 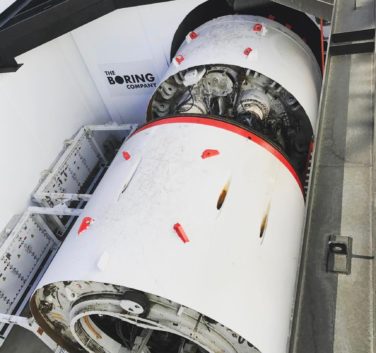 Only upon successful tests of the company’s first route by government officials would The Boring Company make it available for public use. Musk’s first demonstration of a car elevator in-action, lowering a Tesla Model S into a tunnel entrance, was a first look at his vision for a cost effective, underground transportation system coming to life. The serial entrepreneur intends to build a multi-layer transportation system that would facilitate high-speed travel by using electric skates.

“Phase 1 would not be utilized for public transportation until the proof-of-concept tunnel is deemed successful by County government, City government, and The Boring Company.” says the company.

Musk’s tunnel-digging venture recently filed for a permit to dig beyond land adjoining SpaceX and Tesla’s Design Center, an area where the company first received approval from the Hawthorne City Council for construction of a 2-mile test tunnel. 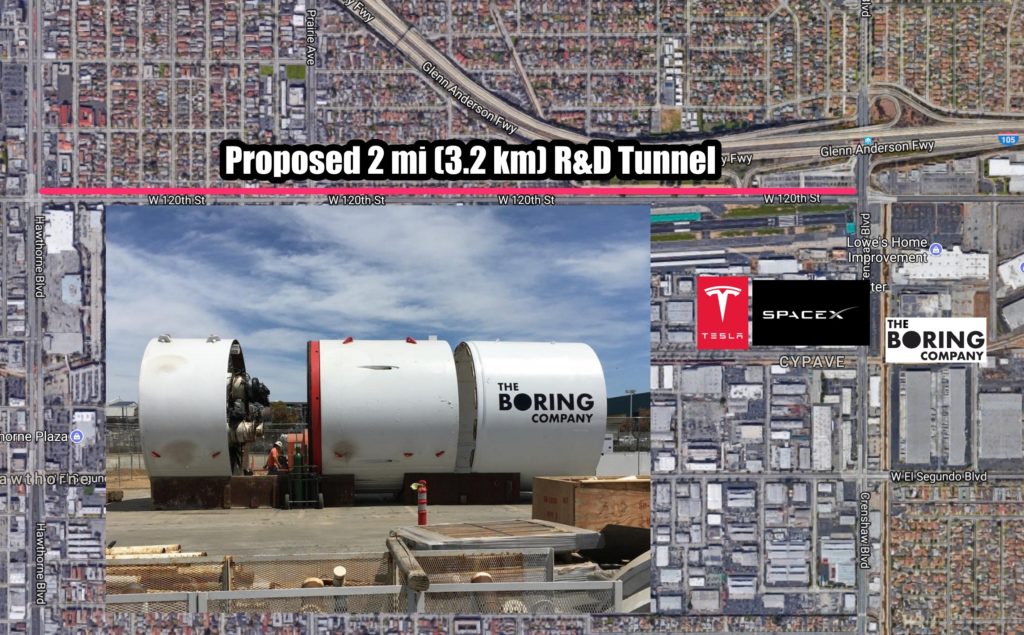 The Phase 1 route is inline with Musk’s recent announcement that he intends to build a tunnel that runs parallel to a section of Los Angeles’ notorious 405 freeway and consistent winner of  “America’s worst freeways”.

According to the blue route seen on the The Boring Company’s newly released tunnel map image, Phase 2 will extend well into the outskirts of Los Angeles county and stretch from San Fernando Valley in the north to as far south as Long Beach airport. However, the company makes it clear that Phase 2 is presented “as a concept” and “not as a finalized alignment”.

The second route would be developed in cooperation with Los Angeles County, the City of Los Angeles, city governments in the greater Los Angeles area, and the general public, says the company.

The Boring Company has published its tunnel map of Los Angeles