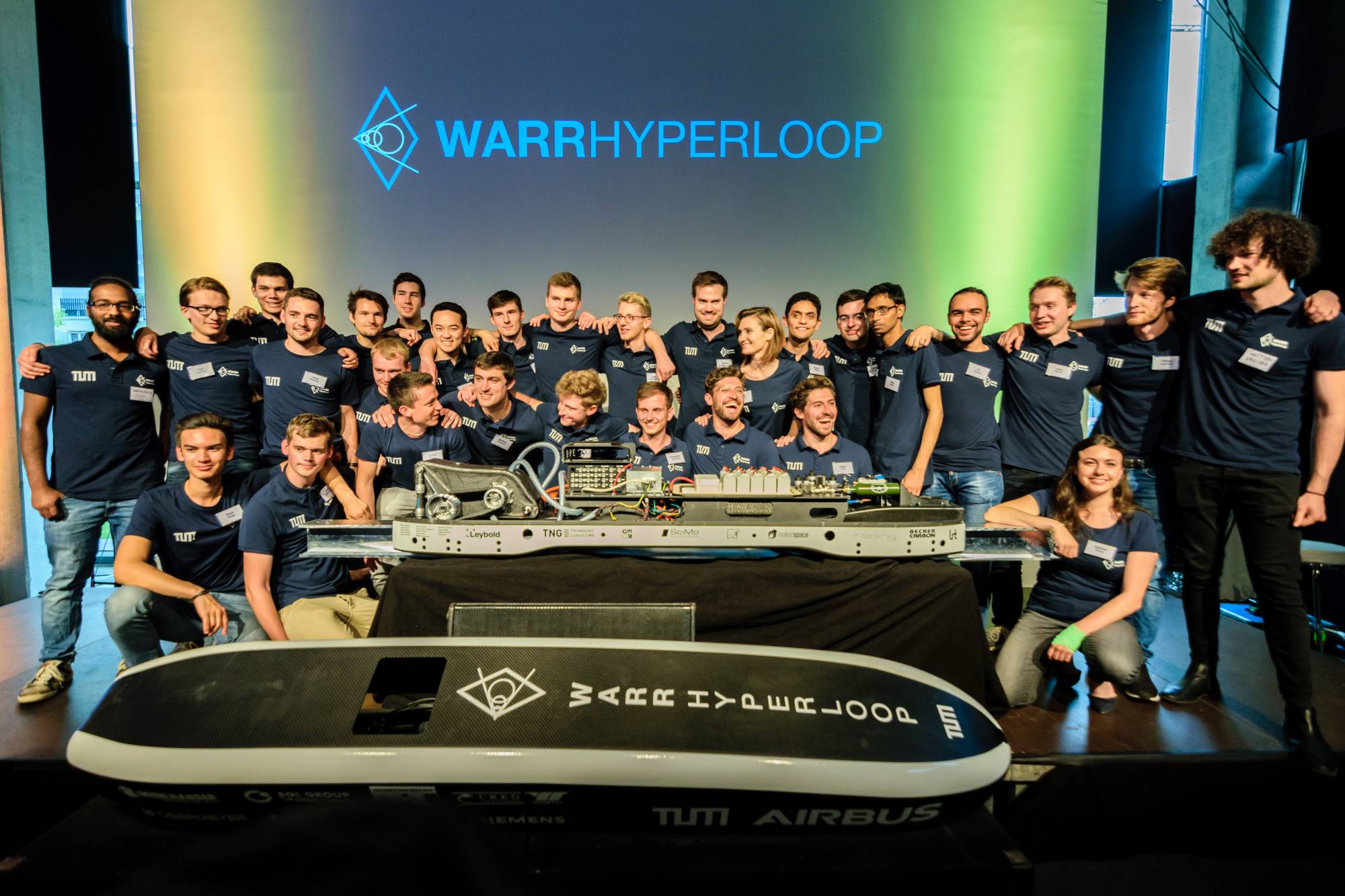 WARR Hyperloop hits 202 mph, blows away competition for the win

Following an afternoon that saw Paradigm Hyperloop and SwissLoop conduct relatively successful tests of their pods at SpaceX’s Hyperloop Competition Weekend II, WARR Hyperloop blew away both of their academic competition (and Hyperloop One) with a top speed run of 202 mph and a distance traveled of nearly a full kilometer (888 meters).

Elon Musk and the WARR team were visibly excited, and for good reason. Musk gave a short speech after, championing the teams that participated and their willingness to pursue new and potentially revolutionary technologies, technologies that can both help and inspire humanity.

He revealed that tests during future Hyperloop Competitions could reach speeds of 500 or even 600 km/h, or 370 mph, and do so within the bounds of SpaceX’s 1.7 km test track. Hyperloop One, a company founded to realize Musk’s Hyperloop concept, made history in July 2017 with a top speed of about 190 mph at their company test track in Nevada. WARR has thus beaten that record and now holds the title for developing the fastest levitating vacuum train. In spite of some issues communicating with their pod, the team dealt with the bugs and pulled off an exceptional test run.

Congratulations to WARR team from Tech Univ Munich for winning 2nd @Hyperloop competition! Peak speed of 324 km/h, which is over 200 mph!!

This marks the culmination of months of testing for the student engineers, and is undoubtedly a milestone in all of their careers. Musk was captured stating that he believed WARR’s design was the best of the competitors in a must-watch livestream of the event that manages to capture the truly nerve-wracking and thrilling atmosphere the WARR team experienced. Congratulations are certainly in order for all competitors, and this success bodes extremely well for the future of SpaceX and The Boring Company-hosted Hyperloop competitions.

Catch the thrilling livestream in full below.

WARR Hyperloop hits 202 mph, blows away competition for the win