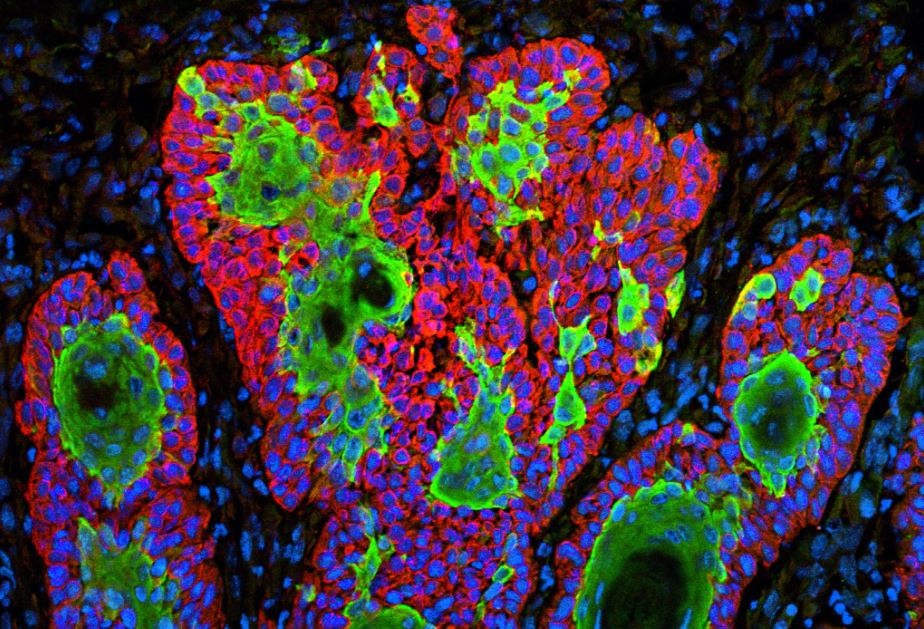 Scientists from Osaka University in Japan have developed artificial intelligence (AI) that can identify different types of cancers based on microscopy images of their cells. The AI was also able to determine whether the cancer cells were resistant to radiation, and further learned the differences between human and animal cancers. Since the accuracy and timeliness of traditional methods of identifying cancer cells are prone to delays and errors, an accurate and automated system for accomplishing this would be beneficial to cancer research and treatment overall. The results of the scientists’ research were published in the December 2018 issue of Cancer Research.

The type of AI developed for the cell identification is called a convolutional neural network (CNN); it’s loosely based on the connectivity patterns used by neurons in the brain and primarily used for classifying images. As described in their publication, the scientists used a training set of 10,000 images each of human cervical cancer cells (ME-180) and mouse squamous cancer cells (NR-S1), e.g., the thin, flat types of cells found on the surface of the skin and thin linings around various organs throughout the body. They also included images of radioresistant clones with the set, and ultimately obtained a 96% accuracy in a 2,000 image test.

Because the types of cells in a single cancerous tumor can vary widely, identifying the specific cells present is important for determining the best treatment. Thus, having a tool to provide this information quickly and accurately could have a significant impact. The Osaka team hopes to expand the types of cancers their AI can identify and ultimately establish a universal system that can identify all cancer cell types.

Using artificial intelligence in the battle against cancer is being explored throughout the world as the number of uses devised expands. In one notable instance, a team of scientists from The Institute of Cancer Research in London and the University of Edinburgh has developed an AI technique called REVOLVER (repeated evolution of cancer) which identifies DNA mutation patterns in cancers to predict the ways they will change in response to treatment. Similar to how bacteria become resistant to antibiotics, so too can cancers become resistant to the drugs used against them. By removing the unpredictability variable in cancer behavior, scientists would be able to stay ahead of the disease’s progress and tailor treatments accordingly.

The collaboration between AI and healthcare overall is growing, not just in cancer research – even Google is making contributions to the field. Fortunately, the agencies regulating developments are also attuned to the changes. Earlier this year at the AcademyHealth 2018 Health Datapalooza, the U.S. Food and Drug Administration (FDA) Commissioner Scott Gottlieb, MD signaled the agency’s positive position towards the field. “AI holds enormous promise for the future of medicine, and we’re actively developing a new regulatory framework to promote innovation in this space and support the use of AI-based technologies,” he stated at the event. He also referred to the agency’s plans to streamline their regulations and tools to be sufficiently flexible to handle the rapid pace of advancements and “focus on the ways in which real-world data flows.”