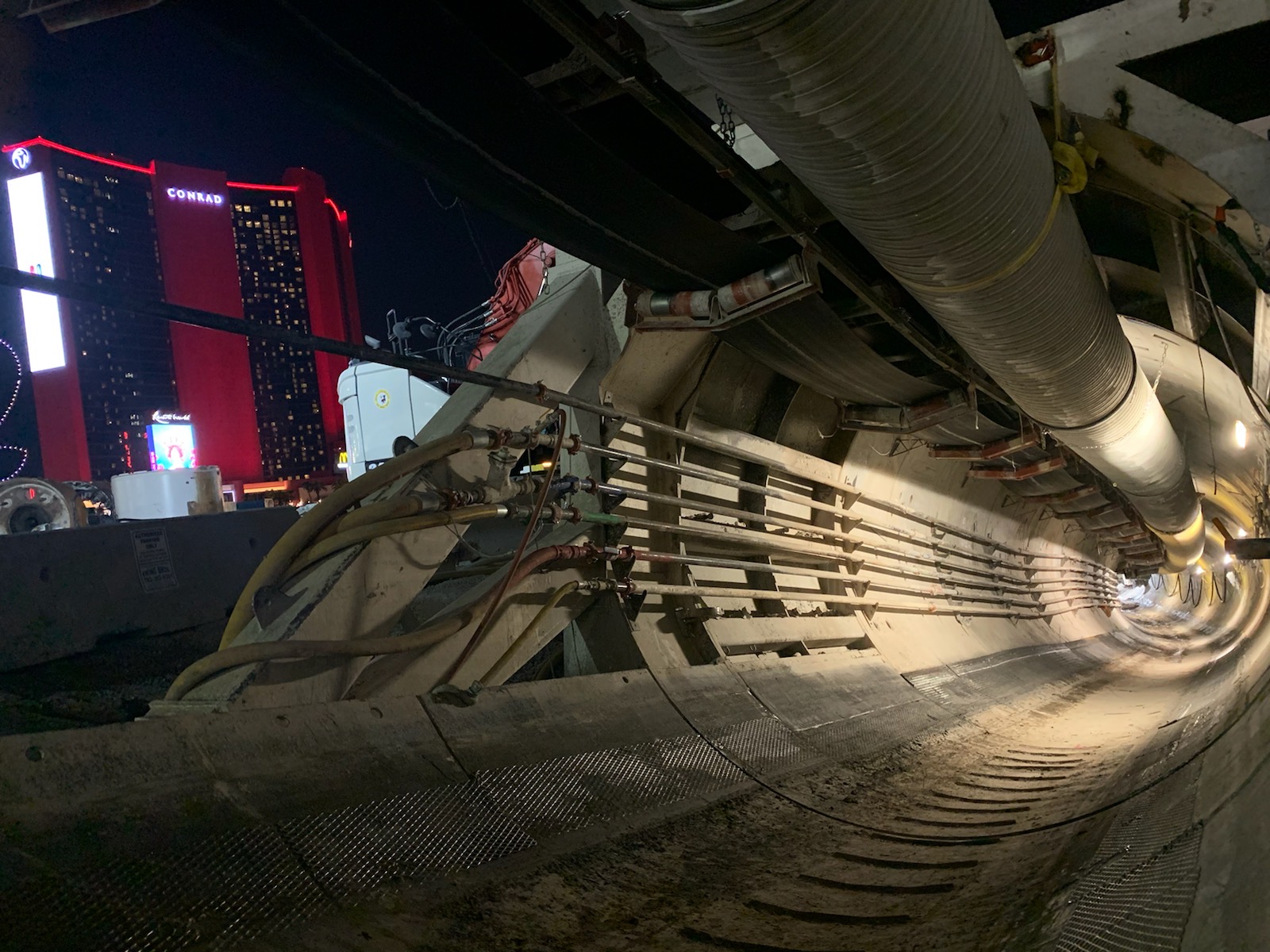 The Boring Company (TBC) provided a sneak peek into the Vegas Loop project after the LVCC Loop’s outstanding performance during CES 2022. The tunneling company showed Prufrock-1’s progress with the Resorts World exit.

The tunneling startup shared a photo revealing the Vegas Loop’s construction status. The company also shared tidbits about Prufrock-1, the Tunnel Boring Machine (TBM) the company developed to help it beat Gary the Snail. TBC’s medium-term goal for Prufrock is to exceed 1/10 of human walking speed, or about 7 miles per day.

Prufrock can porpoise directly into the surface and re-emerge once finished digging underground. According to TBC’s latest update, Prufrock-1’s maneuverability also ensures that passenger drop-offs are close to the hotel’s main entrances.

In comparison, The Boring Company aims to accommodate 57,000 passengers per hour with the Vegas Loop. The more extensive tunnel will run underneath the Las Vegas Strip with 51 “medium-sized” stations in key locations, like Resorts World, the Allegiant Stadium, and the University of Nevada.