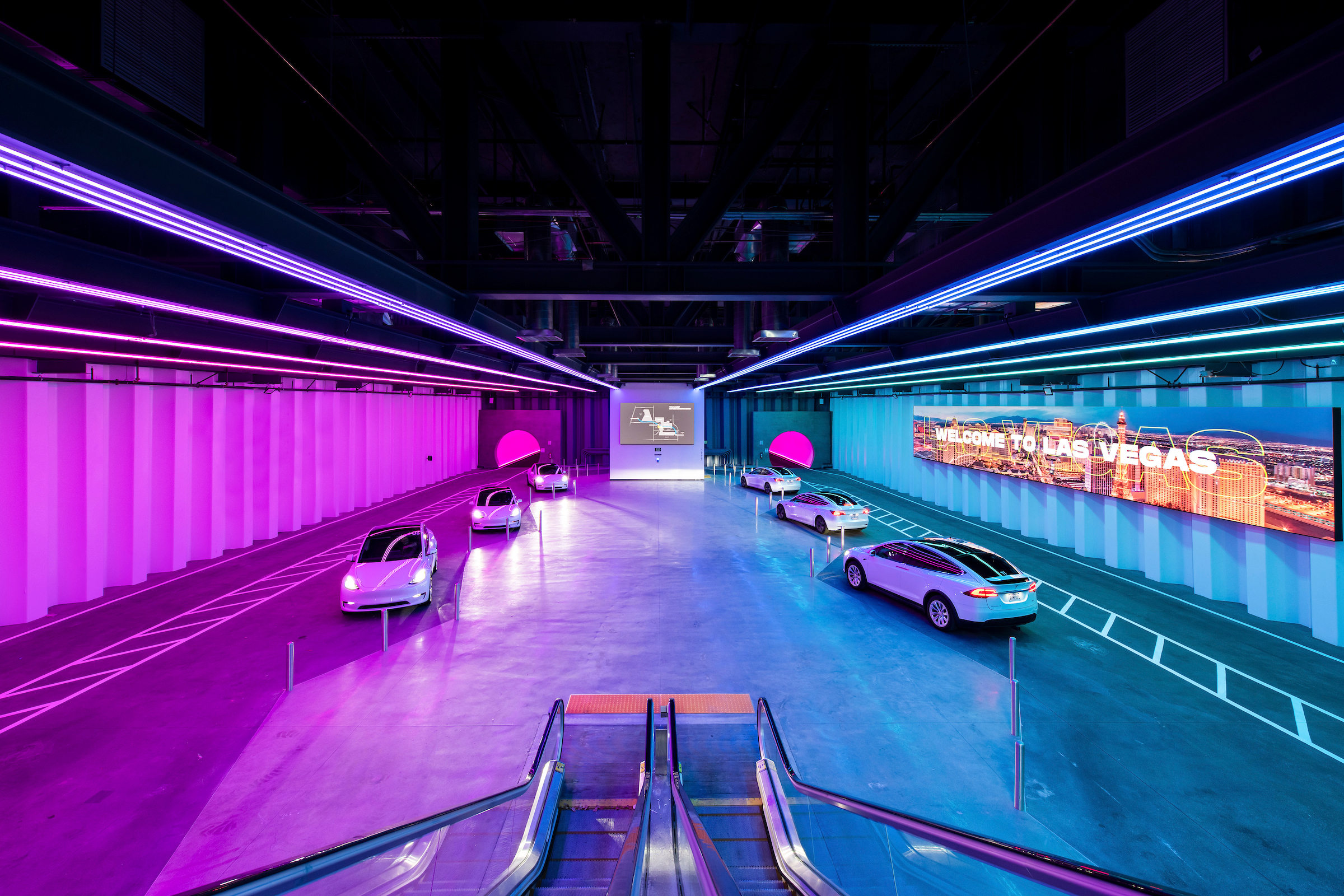 The Las Vegas Convention Center (LVCC) Loop is now fully operational, but while the underground transport service is already servicing passengers on a regular basis, very little is known about the Teslas that are currently used in the system. Fortunately, some details about the LVCC Loop’s fleet of electric cars have emerged recently.

As per a report from TechCrunch, the LVCC Loop follows a structured set of rules. Drivers of the Teslas used in the system, for example, are advised to keep conversations with passengers to a minimum to ensure that their attention is focused on driving. The Boring Company has released a “Ride Script” for these purposes, which include responses to passenger inquiries that may range from the cost of the transport tunnels to how Elon Musk is as a boss.

More interestingly, the LVCC Loop adopts a lot of advanced technologies. Design and operational documents submitted to Clark County indicate that each of the 62 Teslas currently used in the transport tunnels is fitted with a unique RFID chip that could pinpoint each car’s location when it passes through the tunnels. A total of 55 antennas are installed in the LVCC Loop’s roadway, stations, and parking stalls as well.

The documents also state that every Tesla in the LVCC Loop streams to 24 hotspots in the system, sharing data such as speed, the car’s state of charge, the number of passengers in the vehicle, and whether occupants are wearing their seatbelts. Video feeds are streamed in real-time from the cabins, and a system of 81 fixed cameras provides data to an Operations Control Center located nearby.

The LVCC Loop’s Operations Control Center stores the recorded footage from the tunnels for at least two weeks. An operator from the facility also monitors the transport tunnels through camera feeds for potential security threats or other issues. The Operations Control Center is capable of communicating with any Tesla in the LVCC Loop through a Bluetooth headset or an in-car iPad that displays messages, alerts, and a map of the vehicle’s location.

For now, safety seems to be paramount in the LVCC Loop, with vehicles adhering to a strict speed limit of 10 mph within stations and 40 mph on straight tunnel sections. Each Tesla must also maintain at least 6 seconds of separation from the vehicle before it. Autopilot use remains restricted for now as well, with the Loop’s Vehicle Maintenance plan stating that maintenance staff must verify that features like Autosteer are disabled for Teslas that are used in the transport tunnels.