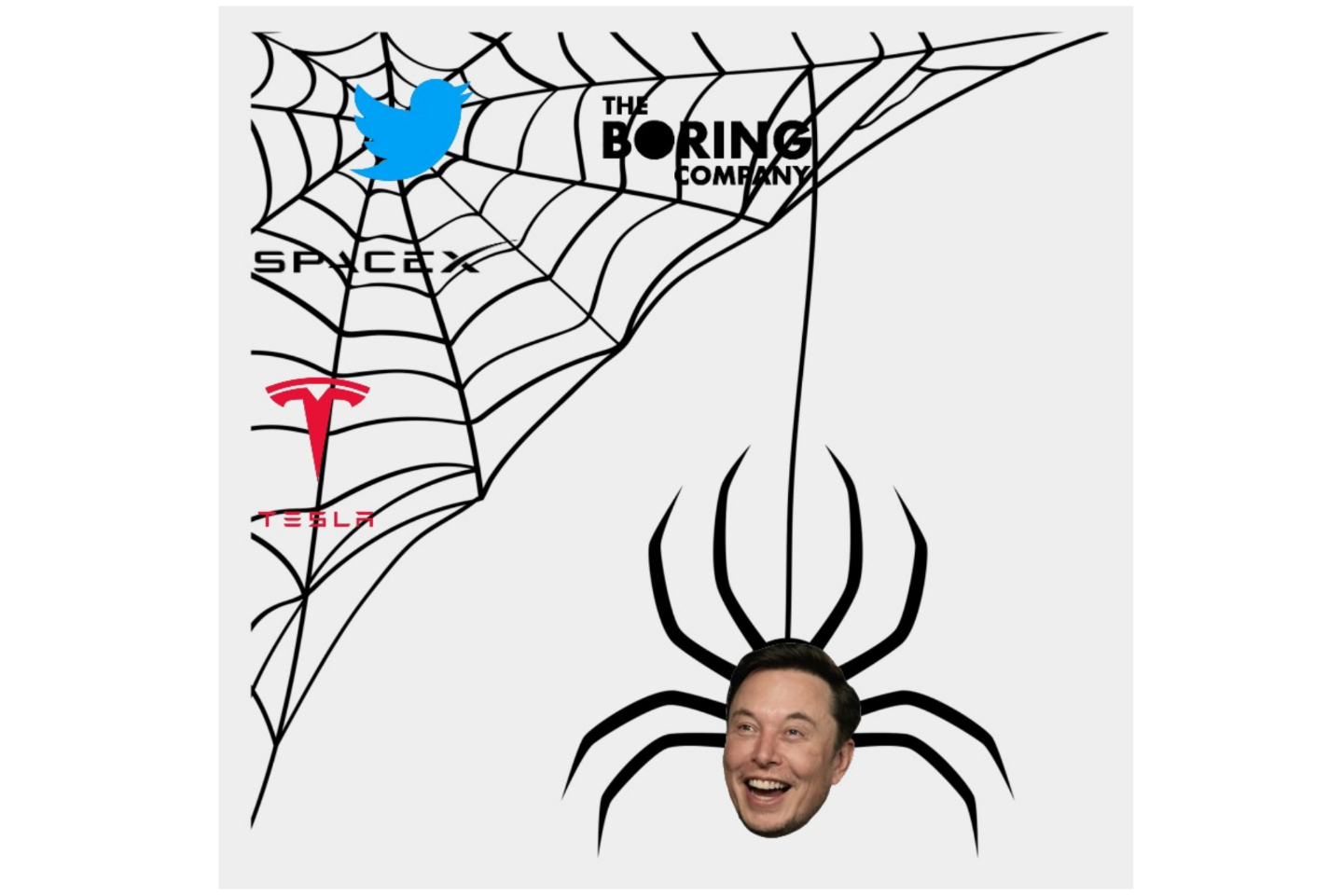 In Elon Musk’s intertwining web of companies, Twitter is the latest addition

Elon Musk recently added Twitter to the list of companies he currently controls. Tesla, SpaceX, the Boring Company, and others have all worked as an intertwining web of entities with Musk acting as the spider. With the addition of Twitter, Musk adds another dimension to his list of companies that work with one another, all of which will ultimately culminate in the creation of X, a parent company.

While Musk’s ownership and control of Twitter are less than two weeks from its beginnings, employees of the social media network are learning a new lesson: just because it does not deal with cars, rockets, or tunnels, doesn’t mean those will not somehow come into the picture later on.

Twitter engineers learned this lesson faster than anyone as reports circulated late last week that Tesla employees were heading to downtown San Francisco to work side-by-side with the social media platform’s software people. The move was met with mixed reviews: some literally could not care less, but others felt Tesla engineers already had enough on their plate. After all, Musk said earlier this year he’d be very surprised if Tesla did not solve its Full Self-Driving suite by year’s end, and less than two months remain in 2022.

For anyone seasoned with Musk and his many ventures, the move was not all that much of a surprise. The Tesla CEO’s companies have never been wholly individualized, per se. While Tesla builds cars, SpaceX builds rockets, and the Boring Company builds underground tunnels, the three companies all have a little piece of each other. It’s more than likely just an advantage of having your hands in a lot of different buckets.

Take Tesla and SpaceX for example. The Model X drove NASA astronauts Doug Hurley and Bob Behnken to the launchpad for the SpaceX Demo-2 launch last year. Tesla has used SpaceX welding techniques to improve the strength of aluminum parts in the Model Y. According to CNBC, Tesla sold SpaceX $2 million worth of vehicle components in Q1 2021.

Tesla and the Boring Company have an obvious connection due to the latter’s use of the former’s vehicles within its tunnels. Most notably, the Vegas Loop, which aims to revolutionize commuter and tourist travel in the Sin City, utilizes an array of Tesla vehicles to improve its express-style travel, helping to accommodate for groups of all sizes.

One of the advantages of having so many different companies in so many different industries is that eventually, situations will arise that may hint toward a conjuctive effort to solve a problem. Twitter is no different. A company that has obvious struggles in its DNA, evident through its battle with bots and spam accounts, Twitter is getting attention from some highly talented engineers at Tesla.

There are criticisms, too. Of course, Tesla investors may not love hearing that company employees are devoting time to a project that many of them disagreed with, to begin with. It is no secret that some of Musk’s biggest supporters have questioned the Twitter saga, referring to it as a distraction or a mistake. Musk, on the other hand, believes Twitter’s status as a modern-day town hall that highlights free speech is essential, and it is just one more thing he saw that he felt needed fixing.

For what it is worth, the workload and daily calendar Musk keeps is pretty impressive. A string of companies all helping one another is also a big plus and a huge advantage.

In Elon Musk’s intertwining web of companies, Twitter is the latest addition