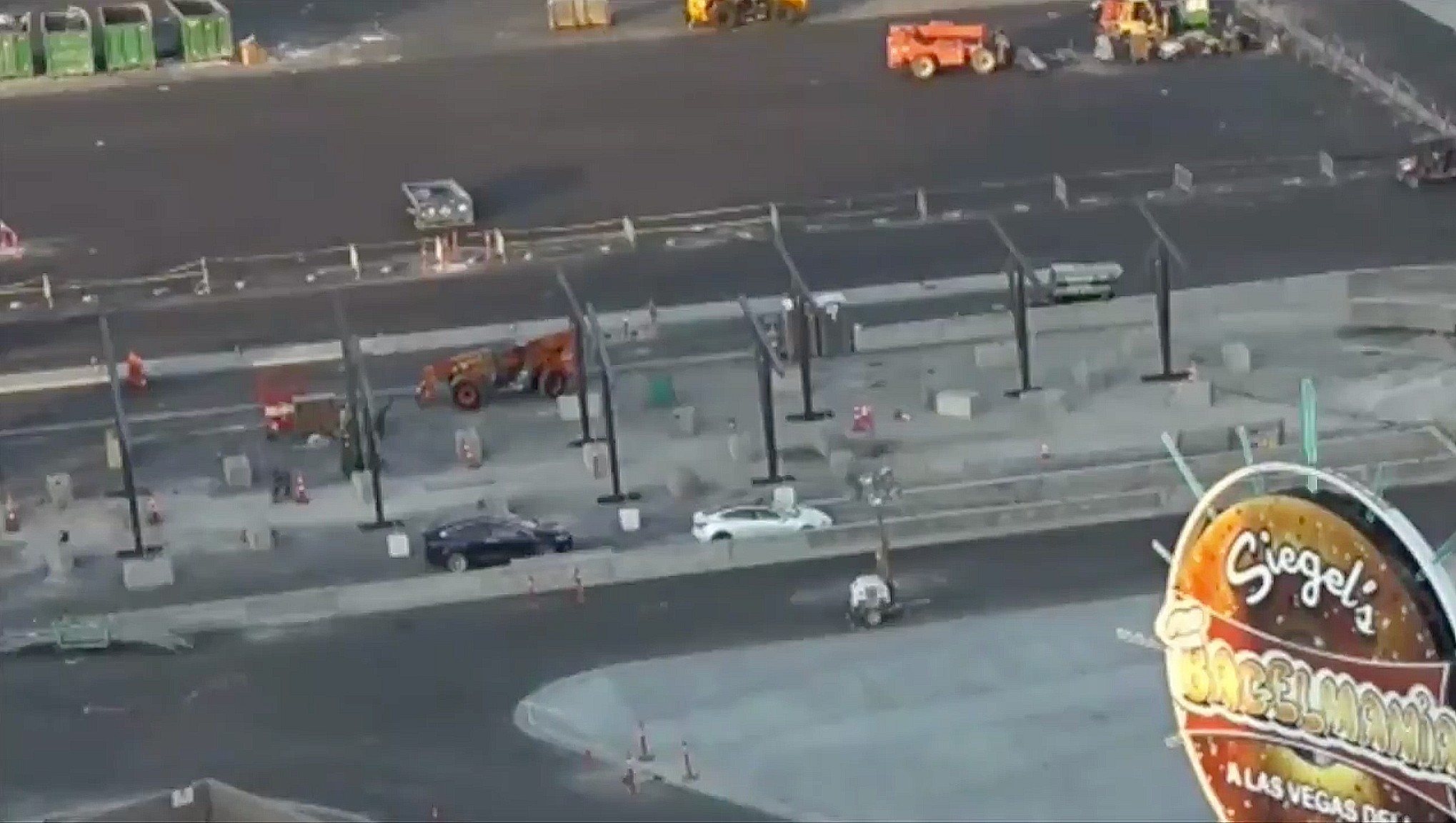 The Boring Company’s Vegas Loop is getting ready for the first days of operation as Tesla electric vehicles have entered the underground tunnel for the first time.

Footage of a Pearl White Multi-Coat Tesla Model 3 sedan and a Deep Blue Metallic Model X SUV entering the Las Vegas Convention Center’s entrance of the underground Loop was captured from an ariel perspective and uploaded to YouTube by @LasVegasLocally on Twitter.

The two vehicles’ entrance into the tunnel seems to implicate that both The Boring Company and the Las Vegas Convention and Visitors Authority (LVCVA) are preparing for the first few operational tests of the Vegas Loop.

The two all-electric vehicles’ entrance is right on cue with recent estimates from Boring Co. CEO Elon Musk, who recently stated that the Vegas Loop would be operational in “maybe a month or so” on October 14th.

Musk indicated that a few finishing touches needed to be applied to the Loop’s substations, where people will enter and exit the vehicles upon leaving and arriving at their desired destination.

In July 2020, Teslarati reported that The Boring Company planned to use AEVs, or Autonomous Electric Vehicles, to transport passengers between Vegas hotspots. The three vehicles that will be used are the Model S, Model 3, and Model X, which will all operate autonomously within the Loop system. Additionally, Musk recently indicated in a deleted Tweet that Tesla could develop a “dense” automobile, like a bus or small van, that could carry more passengers at one time. However, this is still unconfirmed.

The development of the Vegas Loop is far from over. The Boring Company is currently planning to have the Convention Center stops in full operation for the 2021 Consumer Electronics Show if the event proceeds in normal fashion based on the current pandemic. However, Musk’s company has applied for numerous expansions of the total Loop, which will run from Northern Vegas all the way down to the McCarran Airport and the new Allegiant Stadium.

The first Boring Company tunnel was completed in February of this year, and the second was finished in May. As operation nears, The Boring Company will likely complete several test runs to show the Loop system’s safety and accuracy, which will efficiently move tourists and residents alike around Vegas in a new, efficient, and sustainable fashion.