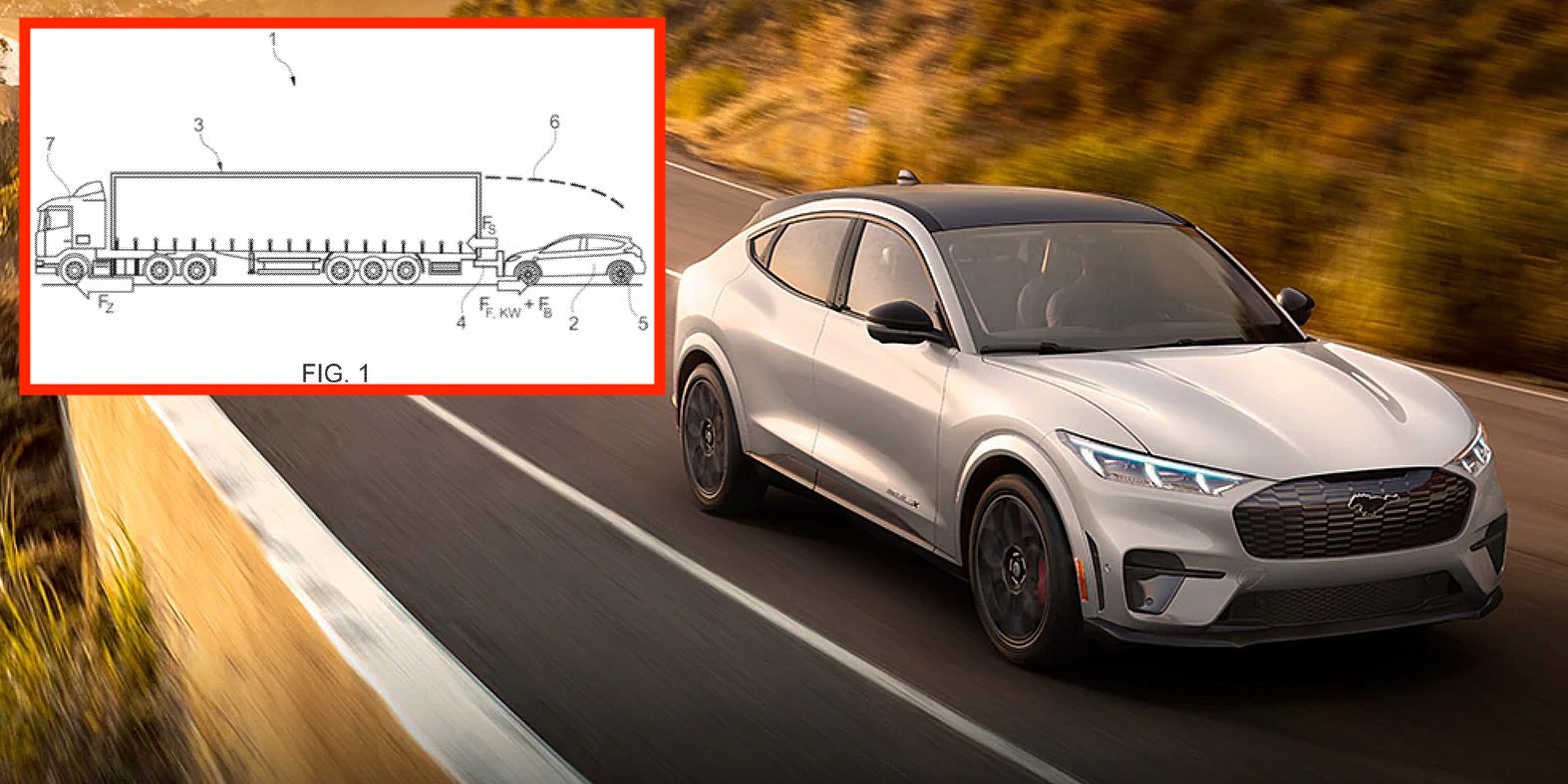 Electric vehicles are prevalent now, but long-distance travel using EVs that are non-Teslas still tends to be challenging. This was, at least, the conclusion drawn by motoring publication Car and Driver following its “EV 1000” test, which evaluated how long mainstream electric vehicles today can complete a 1,000-mile journey. The Ford Mustang Mach-E, for one, ended up completing the event faster than rival EVs from other legacy companies, but it was still several hours behind the event’s Teslas.

Ford acknowledges that the charging infrastructure for electric vehicles today is still lacking, and to address this, the company seems to be looking at ways to ensure that its vehicles could be recharged. Apart from building more chargers, for example, Ford has also patented a system that involves charging an EV like the Mustang Mach-E by towing it while its regenerative braking system is engaged.

Ford’s patent, titled “BATTERY CHARGING BY TOWED REGENERATIVE BRAKING,” was filed in December 2020, and it was published earlier this month. It describes a system that would allow electric cars to recharge their batteries while they are being towed by an RV or semi-truck. Other vehicles like road trains or even a passenger car with appropriate performance features could accomplish this as well.

Ford’s patent describes a notable degree of communication between the towing vehicle and the EV being towed. As noted by The Drive, if the tow vehicle was going uphill, the level of regeneration would likely have to change. Communication between the EV and the towing vehicle could be accomplished through Bluetooth technology or through the internet. Ford even mentions having the towed EVs operate autonomously.

While Ford’s “mobile” charging solution may seem impractical, any system that would allow electric cars to charge their batteries would likely be welcome for drivers. Ford might need to ensure that its vehicles’ software is up to the challenge before such a system is rolled out, however, especially amidst reports from Norway indicating that some Mach-E units have overheated and stopped due to the overuse of their regenerative braking features.